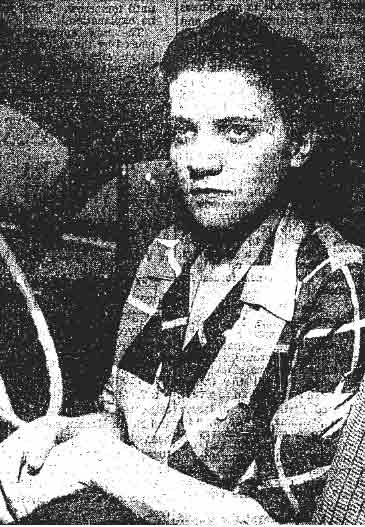 By January 1952, twenty-nine year old divorced mother of four, Barbara Eras, had been through one hell of a lot. She had married an American solider stationed in England and then had accompanied him to the U.S. The wartime marriage ended and Barbara supported herself and her kids: Sandra, 6; Sonia, 5; Dolores, 3; and Jerry, 2, by working as a cocktail waitress.

Barbara was working on Wednesday, January 16th, and she was in a melancholy mood. The juke box was playing some English tunes like “Tipperary” and she became homesick for England where she had served as a member of the Women’s Auxiliary Air Force (WAAF). She was lost in her reverie when she was approached by a tall, handsome man. He was thirty-one year old Robert Pennington, a machinist, and he said that he, too, was burdened by sorrow. He told Barbara that his wife had recently died of a stroke. He sobbed as he recounted how the resuscitator squad had worked on his wife’s body for over two hours, but had ultimately failed to revive her. Barbara and Robert cried together at the bar.

By the end of the week Pennington had proposed marriage to Barbara — he said that they had both been through so much that they might be good for each other. On January 21st the couple, along with a few of their friends, drove down to Tijuana where they were married.

Barbara immediately started to have second thoughts about her whirlwind courtship and hasty marriage. She had a strange feeling about her new husband. What did she really know about Robert? They hadn’t even known each other for a week before they eloped. Barbara saw to it that she and Robert were never alone together — a challenge considering they were supposed to be on their honeymoon.

The bride was concerned enough to engage in a bit of amateur detective work. She followed up on Robert’s story about the resuscitation squad taking two hours to try to revive his deceased wife, Helen Beitz. Barbara said:

“I telephoned the Fire Department to find out if, as Bob said, a resuscitator squad had worked over Mrs. Beitz’s body for two hours.”

There was no record of any such attempt. Definitely a black mark against Robert.

Barbara talked to neighbors who said they’d heard from Robert that Helen had gone to Oklahoma to visit relatives, but when she contacted the relatives they said that they hadn’t seen Helen. 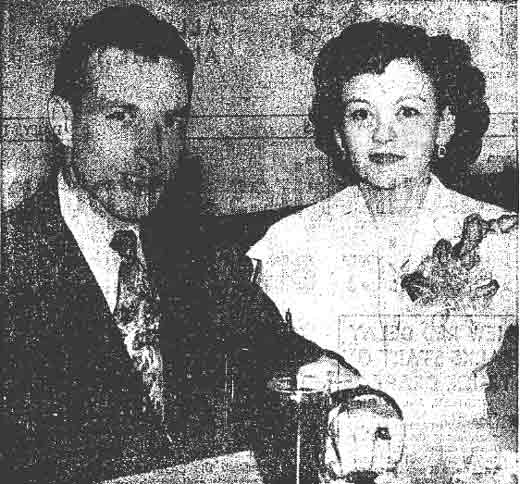 Robert & Helen at a nightclub.

The new bride was becoming frightened, but she was undeterred. Robert had given Barbara a beautiful ring when they were married. She was suspicious about its provenance so she got out the phone book and began calling every jeweler in town until she found the one who had made the ring for Helen Beitz. Things were looking worse by the minute.

So far everything Barbara had learned about Robert had done nothing to assuage her fears, in fact she she was becoming increasingly terrified. The final straw came when following an argument Robert said to her:

“You are monkeying with a dangerous guy.”

Barbara decided that it was time she phoned the cops.

NEXT TIME: A confession and a body, as The Shuddering Bride continues.

6 thoughts on “The Shuddering Bride”