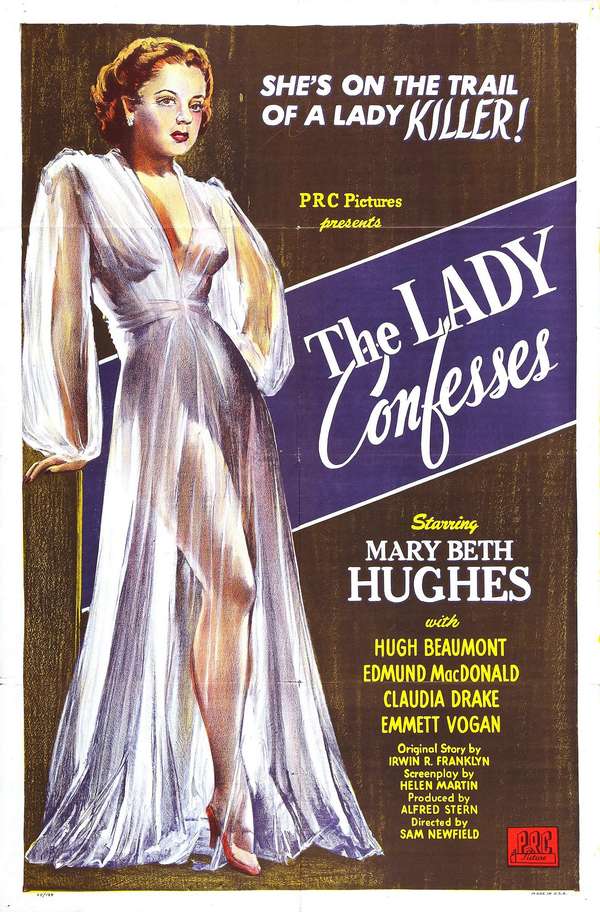 After she is paid a surprise visit by a woman claiming to be her fiancé Larry Craig’s long-lost wife Norma, Vicki McGuire makes a desperate call to Larry at the Club 7-11. Larry shows up at the club a few minutes after Vicki’s call, roaring drunk, and has a drink in club owner Lucky Brandon’s office. Larry then is cajoled into lying down on singer Lucille Compton’s dressing room couch and soon passes out. Two hours later, Larry is roused to answer a second call from Vicki, and on his way to the phone, he sees Lucky, a notorious playboy, slipping in through the back door. Despite the late hour, an anxious Vicki meets Larry to discuss Norma, who had disappeared almost seven years before, on the day that her divorce from Larry was to become final. After Larry assures Vicki that Norma’s threat to refuse him a divorce is merely a jealous whim, they drive to the house where Norma now is living. They find the house swarming with policemen and are told by homicide detective Capt. Brown that, earlier that evening, Norma was strangled to death.