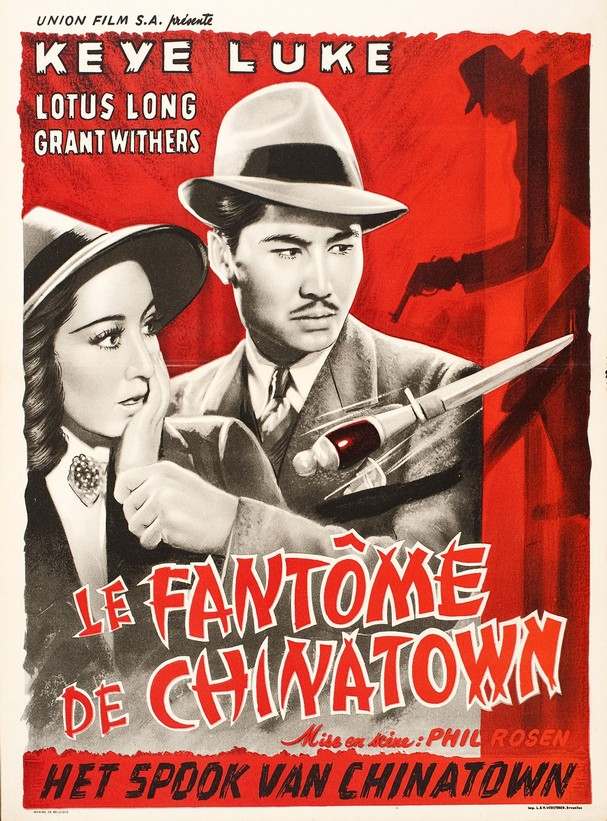 Welcome! The lobby of the Deranged L.A. Crimes theater is open. Grab a bucket of popcorn, some Milk Duds and a Coke and find a seat. Tonight’s feature is PHANTOM OF CHINATOWN starring Keye Luke, Lotus Long and Grant Withers.

Dr. John Benton, in San Francisco following an archaeological expedition in the Mongolian desert, gives a film presentation for his colleagues. The film shows his discovery of the precious ancient tomb of a Ming emperor, for which archaeologists have been searching for centuries. The tomb contains a scroll that tells the secret of the Temple of Eternal Fire, which is of great financial importance to China as it could reveal an enormous untapped reserve of oil. The film of the trip shows a violent windstorm that erupted when the tomb was opened, in keeping with an ancient curse. Mason, the co-pilot on the trip, was lost during the storm, and the expedition party was forced to continue on without him.