Illinois native Pearl Wessel moved to Los Angeles for the first time in 1928.  Whatever dreams brought her here died with her on April 2, 1940 at the bottom of a 60 foot cliff in the Hollywood hills. 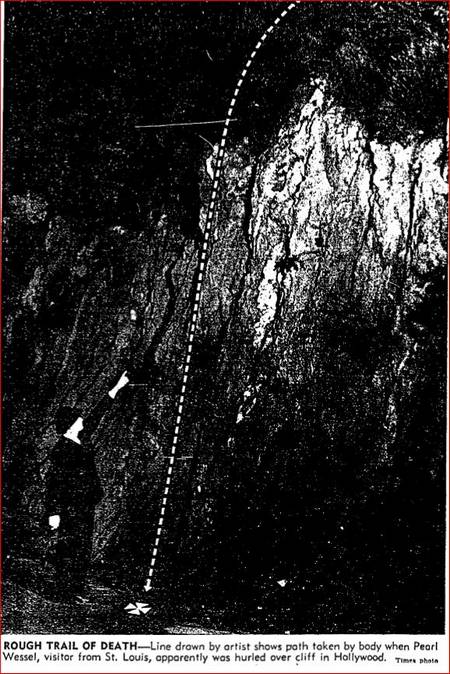 LAPD arrested two men for Pearl’s death,  Lesley Al Williams and Alberni Roggers. Neither of them would admit to knowing Pearl, let alone having anything to do with her death.  The problem for Lesley was that a witness had taken down the license plate number of the car that drove away after Pearl went over the cliff–and the number matched the car registered to Lesley.A description of Pearl went out to local eateries and bars in an effort to find out where, and with whom, she had spent her time on the day of her death. William J. Moran, a bartender in a place at 608 S. Western Avenue said he was sure Pearl had been drinking in his bar with two men. He didn’t know the men, but felt he could identify them. LAPD detectives gave William the opportunity to be a stand-up citizen by inviting him to attend a line-up in which the two suspects would participate. 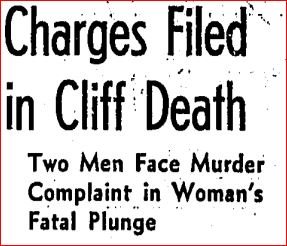 William identified Leslie by his voice. William had recalled that when of the one of the men at the bar was asked about places he had worked he had mentioned Sacramento. Each of the men in the lineup was asked to say “Sacramento”. When Leslie was instructed to repeat the word Moran looked at the detectives and said, “That’s one of the men. I’m dead sure of it.” William wasn’t so sure about the second man, Alberni Roggers. Another witness, Alfred Dobriener, thought he recognized Leslie, but wasn’t willing to go on the record and identify him. All he would say is that, “He (Alberni) looks more like the man than any in the line-up.”

Once he had been identified by two witnesses, Leslie copped to having been with Pearl, but he still wouldn’t admit to responsibility for her death. He did, however, name the man who was actually with him. It wasn’t Alberni, it was a 32 year-old married salesman named Brydon Stockdale. Leslie’s statement was enough for police to issue a State-wide broadcast for his arrest. It didn’t take long for Brydon to be found. About two hours after the initial broadcast, he was taken into custody in Redlands by San Bernardino County Sheriff E.L. Shay. According to Shay, Brydon had been arrested as he stepped off a bus.

Only Alberni was given good news. Because it was determined that he had had nothing to do with the crime he was kicked loose from the County Jail.

While Brydon was en route to Los Angeles, Lesley’s tongue loosened. He finally admitted that he and Brydon had been bar hopping with Pearl before they drove to Franklin Avenue. He steadfastly maintained that he had not pushed Pearl to her death. Leslie said that Pearl ran from the car and fell over the cliff. Of course his statement begs the question, why did Pearl feel she had to run?

At the Coroner’s inquest Dr. Frank R. Webb, autopsy surgeon, testified that Pearl had died of a skull fracture and that her blood alcohol level was .22, enough for her to be intoxicated.

Brydon took the stand and gave his account of the night Pearl died. He said that he had met Leslie, whom he had known prior to that night, and Pearl, in a bar on S. Western. When he and Leslfey decided to leave, Pearl accompanied them.

Brydon said he took the wheel of Lesley’s car, “I got in the driver’s seat because I didn’t think Williams was in a condition to drive. He directed me to drive to a place he knew where Miss Wessel could get something to eat. We ended up at the end of Franklin Avenue. When I got out of the car and saw where we were, I told Williams the situation was no good. I left the car again and when I returned Williams and the woman were in the back seat.”

“They were having a drunken argument about something and the door, facing the embankment, was open. I told them we were going to get out of there. Then the girl leaped out and started stumbling toward what I thought was a trail. Williams started to drive away. I protested, saying we ought not to leave the woman there. He drove off anyway.” Brydon stepped down from the witness stand and his wife Mildred walked over to him and wrapped her arms around him–then the two of them burst into tears. 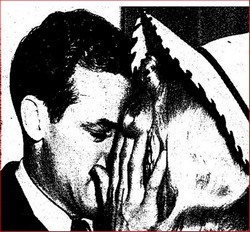 Brydon and his wife embrace.

Lesley stood trial alone for Pearl’s murder. On June 19, 1940 the jury deadlocked 10 to 2 in favor of acquittal and was discharged.

It was reported that Lesley would be retried, but he never was.

So, what really did happen on Franklin that night?

Why was Pearl drinking in a bar on her own? It wasn’t typical behavior for a woman at that time.  I get the impression that Pearl may have been lonely. Is that why she left the bar with two strangers?

Even though Brydon claimed to be entirely innocent, and was subsequently freed, he was driving that night. Why did he drive to the lover’s lane on Franklin?  Did he know it was there, or was he simply following Lesley’s directions?  And when the car pulled into the dark and lonely spot, did Pearl and Lesley have an argument? Did she get out of the car in high dudgeon and run not knowing she was headed for a 60 foot cliff?

Or were the events more sinister? Did one, or both, of the men intend to assault Pearl? Did Pearl realize she was in danger and panic?  And did one or both of them push her over the cliff?

In this case, as in so many, we are left with many more questions than answers.  We’ll never know what transpired between Pearl, Lesley and Brydon, so it is difficult to determine whether or not justice was served. No matter how events played out that April night, the result was a tragedy for Pearl. 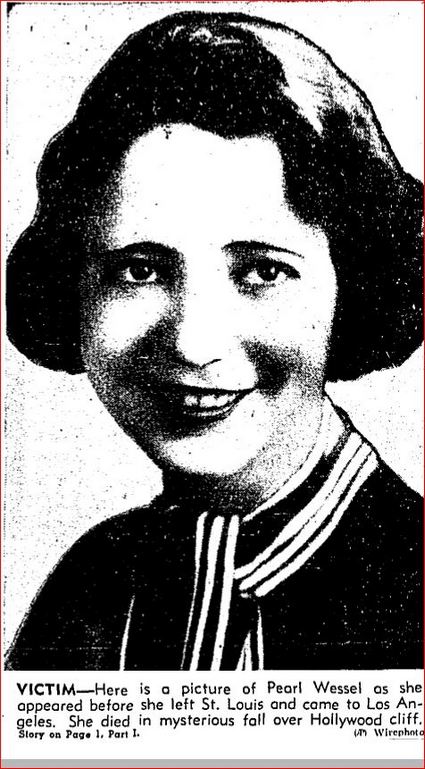 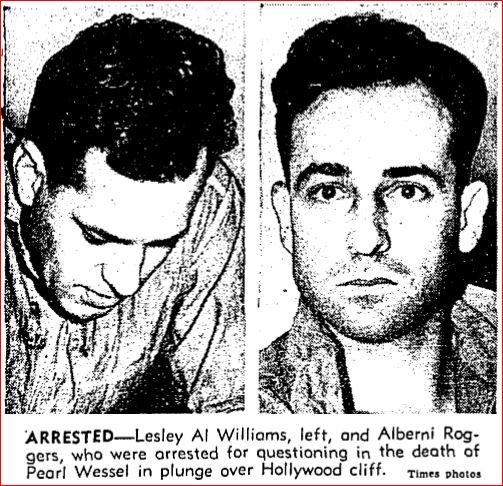 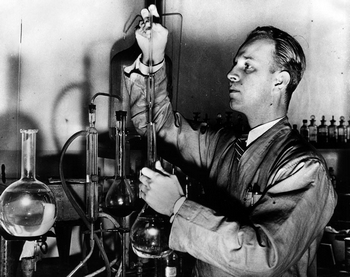