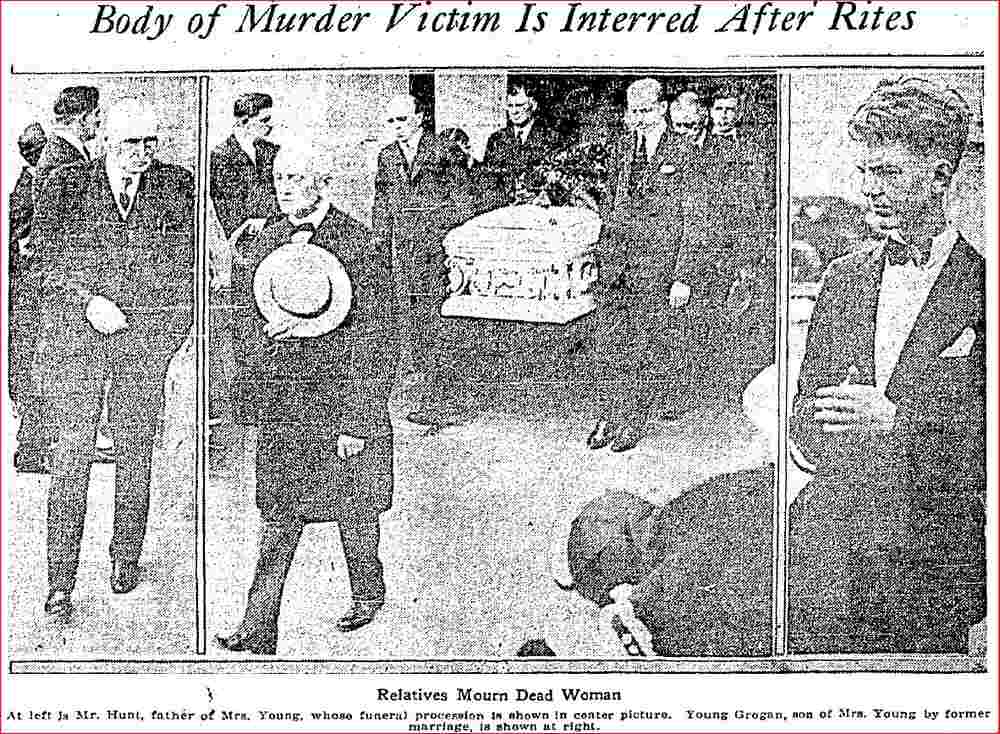 Thomas’ trial opened at 10 a.m. on August 17, 1925, in Judge Hahn’s court.  His attorneys, Cooper, Collins & Shreve, had a fight on their hands.  The District Attorney stated that he would settle for nothing less than the death penalty.

The gist of Thomas’ defense was that he had been insane at the time he murdered Grace. There was considerable evidence to the contrary.

Thomas had shown friends portions of letters which he declared had been written by Grace while she was missing. Thomas was adamant that the letters proved she was alive and well and that she had deserted him. The letters were exposed as frauds. Thomas had compelled Grace to write them, perhaps under the influence of alcohol or physical coercion. He had also obtained blank forms he might need and had her sign them.

The prosecution produced a surprise witness, George T. Guggenheim, a dealer in dental supplies.  George had known Thomas for years. A few weeks following Grace’s disappearance, the doctor visited the dental supply office with a request.

“He had an envelope in his hand and asked me to mail it to New York to somebody that would mail it back to him.” George testified.

Thomas told George: “Somebody has been tampering with my mails and I’d like to have this letter sent to me from New York to play a joke on that feller.”

George didn’t mind helping a friend and a good client, so he mailed the letter Thomas had given him to his brother in New York. 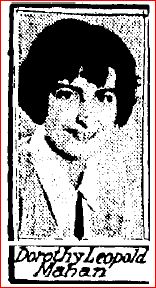 The letters weren’t the only spurious documents in the case. Dorothy Leopold Mahan (she had married about a week before the trial started) said that she had signed a blank document, not knowing what it was. The document was shown to be a power of attorney, giving Thomas control over Grace’s money and property.

Attempting to make her a possible suspect, the defense sought to cast a sinister light on Dorothy’s relationship with Thomas.  Under oath, she was asked if she had ever spent the night in Thomas’ home, to which she replied: “Yes – I did.  Three times.  My mother was with me on each occasion.”

Being chaperoned by one’s mother is hardly conducive to an affair, and further questioning revealed that Dorothy had never had an intimate relationship with Thomas, nor did she want one.  Her attitude toward her employer effectively removed any possible motive she might have had to murder Grace.

It seemed that each day more damning evidence against Thomas was exposed.

The prosecution planned to move the trial to the Beverly Glen cabin for a day to give the jury an opportunity to view the cistern that “served as Mrs. Young’s burial crypt.”

How was Thomas going to handle being confronted, in front of the jury, with the actual site of the murder and his wife’s tomb?

Following a grueling day in court on August 26th, Thomas was returned to his cell in Tank 9. He told his cellmates that his day in court had been filled with “tough breaks.”

The inmates in Tank 9, including Thomas, played their nightly game of Pinochle. Before returning to his cot, Thomas said: “I’m going to take a long ride tomorrow, boys.”  They laughed because they believed he referred to the coming trip to the scene of the crime in Beverly Glen.  Thomas told them not to be alarmed if they heard strange noises in his cell.  “I’ve been having a bad attack of indigestion.  I woke up last night and found myself choking and making bubbling noises.  If you hear anything like that don’t be alarmed.”

The other prisoners had heard strange noises from Thomas’ cell before. He often shuffled around late at night muttering, and it seemed as if he was talking to someone.

At 6 a.m. on the morning of August 27th, Assistant Jailer Palmer called to Thomas to get up.

O.F. Mahler, one of the occupants of Tank 9, awoke at 7 a.m. when a trustee delivered three breakfast trays. Mahler distributed them; one for himself, one to H. Foster, and one was for Thomas. 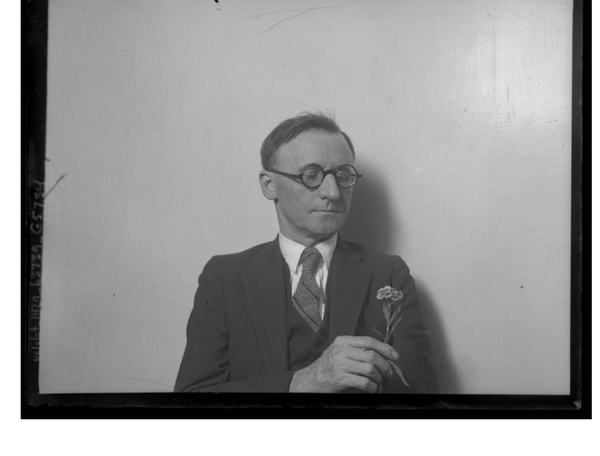 Mahler entered Thomas’ cell but the doctor failed to stir. He wasn’t in his usual sleeping position.  His feet were on the pillow and his head was at the foot of the cot.  The single blanket was pulled tightly around his head and only one hand was visible.

Mahler gently shook Thomas. There was no response.  He shook him again. The body moved in an unnatural way.  Mahler jerked the blanket from Thomas’ head.

His eyes were distended from his blue, swollen face.  A garrote of radio wire, tightened with a small stick, was wrapped around his neck.

The murder complex had claimed its final victim.

5 thoughts on “The Murder Complex, Conclusion”