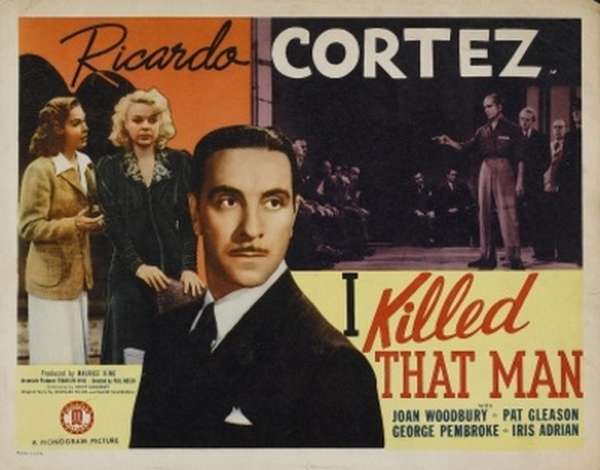 Welcome! The lobby of the Deranged L.A. Crimes theater is open! Grab a bucket of popcorn, some Milk Duds and a Coke and find a seat. Tonight’s feature is I KILLED THAT MAN, starring Ricardo Cortez, Joan Woodbury and Pat Gleason.  Enjoy the movie!

Assistant District Attorney Roger Phillips, various reporters and other officials, gather at a prison to witness the execution of convicted killer Nick Ross. Before being strapped to the electric chair, Ross makes his first public confession, and says he has been protecting the identity of the man who ordered the killing. As his boss has reneged on his promise to free Ross, Ross intends to identify him, but suddenly dies when he is hit by a poisoned dart.