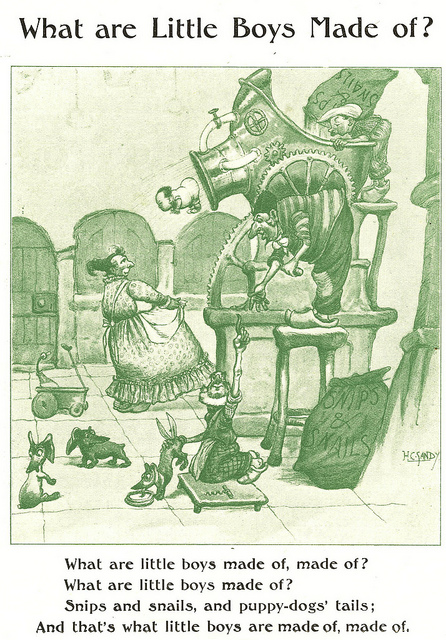 Because little boys are made of snips and snails and puppy dog tails they get into mischief.  And if you put a group of five year old boys together the end result can be mayhem.

Fifteen year old Elizabeth Lowe was walking through Echo Park near the lake on an October day in 1920 when she was set upon by several small boys who pelted her with stones.

Elizabeth quickly decided that she was not going to be a passive target for a gang of diminutive thugs.  She grabbed her nearest tormentor, five year old Danny Lewis, and hurled him into the lake. Danny was rescued when his cries were heard by some men who were nearby enjoying the park.

Elizabeth later told police that she hadn’t intended to drown Danny she just wanted him, and the other boys, to stop throwing stones and leave her alone. Of course the cops quizzed Danny, who, in the manner of tiny terrors confronted with a misdeed, probably had his fingers crossed behind his back when he said that he’d never throw stones at a girl.

Police decided to hold Elizabeth in Juvenile Hall, which was just fine with Danny — he told the cops that the girl was deranged.

6 thoughts on “The Girl is Deranged!”