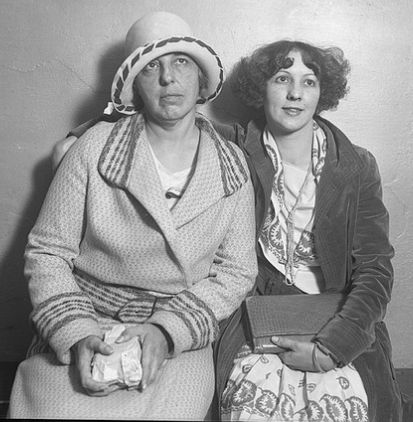 On Monday, March 31, 1930 TIME magazine ran an article entitled “California Cults”. The rise of cults in California, and elsewhere in the world, was just one of the ways in which people responded to the devastation and loss of life suffered during World War I.

TIME told its readers that: “Agnosticism and atheism are on the rise.” The article continued: “Thousands of persons dissatisfied with the faiths of their fathers, seek new spiritual footholds. This, as always in such troubled times, there is a flourishing of cults, of religious novelties and new fashions in faith. Flowery, sun-drenched California, where Nature exhibits herself in mystical opulence, where plenty of people have plenty of money, where there are many invalids contemplating eternity, is particularly propitious for this flourishing.”

Those seeking enlightenment are occasionally vulnerable and can be easy prey for the greedy, cynical, and deviant among us. When the search for truth starts costing you a bundle and/or the leader of your sect appears more interested in groping your physical body than in nurturing your spirit, call the cops.

By July 1924 John Bertrum Clarke, leader of the Church of Cosmic Truth, had a good thing going. He answered ads in local newspapers placed by women who were desperate for employment, usually as stenographers or typists. He conducted interviews in his apartment at 425 South Fremont near 6th Street and his modus operandi was nearly always the same. The first few minutes of the interview were about business, but then quickly developed into a marriage proposal followed by a ceremony in which John was both the groom and the officiant. After the bogus ceremony concluded the groom would attempt, and occasionally succeed, in sexually assaulting the applicant/bride.

Finally the mother of one of John’s underage victims contacted the LAPD and they began an investigation into his activities. They set the hook with bait they knew John would find irresistible–an ad in the Los Angeles Times that read: “Young girl would like typing to do at home or will work at office or private residence. Prices reasonable.” It wasn’t long before John contacted the applicant. He wasn’t aware that the job hopeful was Cecyle Duncan, a police operative. He wrote to her a couple of times, even sending her love poems, before turning up in the flesh at the bungalow court on South Union Avenue where she was staying. She invited John in and he quickly abandoned all pretense of offering her a job. Instead he launched into a bizarre tale from his youth. 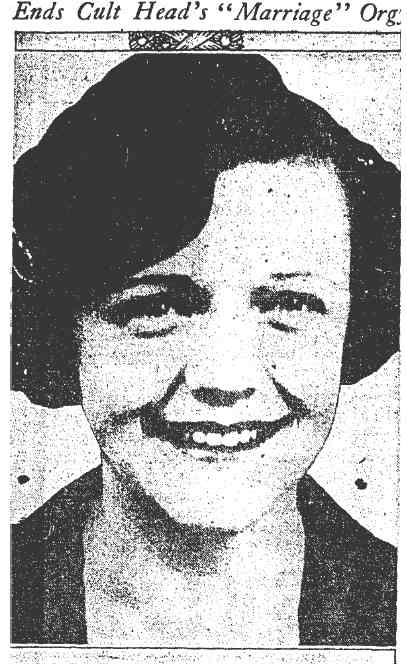 He said that when he was a child he was seriously bitten by a dog. His father was so irate over the incident that he forced John to kill the offending canine. John described the scene: “As the dog expired his spirit was released and entered my breast, which made of me a god. Dog spelled backward is ‘god’. Sometime when man reaches true understanding and comes to appreciate the significance of words spelled backward he will discover that he has been worshiping dogs these many centuries.”

John had explored the hidden meanings of various words spelled backwards in his text The Chart of the Mind.  Copies of John’s works are still available–however, I don’t own any. So, without a copy of the tome in front of me I can only imagine what other words seized his imagination. I’ll bet one was: Lived/Devil. My personal favorite is Desserts/Stressed, but I doubt that the combo would lend itself to a sinister or cosmic interpretation. 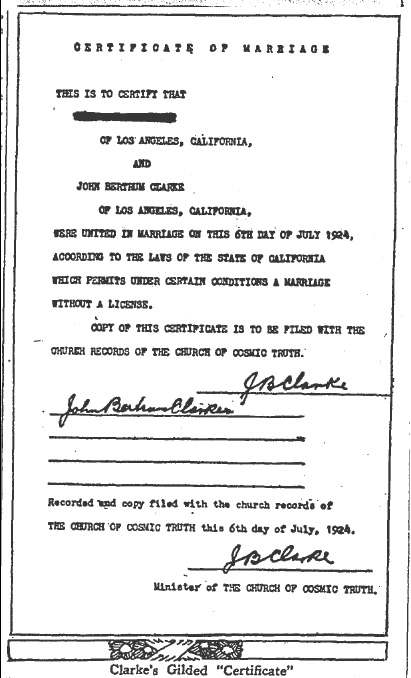 Cecyle was rightfully concerned by John’s behavior–the dog story alone would be cause for pause (paws?). She became even more uncomfortable after he hurled himself at her feet, smothered them in kisses, and declared her his soul mate. He said that an aged female seer in India had prophesied that he, in tandem with his soul mate, would rule the world. Cecyle managed to escape his further attentions by accepting an autographed copy of his book and promising to meet him later that evening at his apartment.

She immediately informed her LAPD handlers of the appointment. She would definitely need back-up. As agreed she went to John’s apartment while Captain of Police Plummer and several detectives waited outside for her signal. The detectives began to get nervous when they’d been waiting for a while without word, so rather than risk Cecyle’s safety they broke down the door. Their timing was impeccable—John was making a move on his bride. The crazed man interrupted his assault while he attempted, unsuccessfully, to grab Detective Lieutenant Hoskins’ pistol.

Cecyle had quite a tale to tell the detectives. Apparently John had performed a ceremony which he claimed made them husband and wife. The unwilling bride was presented with a marriage certificate, an engraved wedding ring of inferior quality bearing the inscription “J.B.C. to C.A.D”., a pair of cheap earrings, and a comparably inexpensive brooch. The sham ceremony was attended only by John, Cecyle, and Clara Irene Berry, thought to be a former secretary of the cult. She was arrested outside the apartment house after she had gone to John’s room to sign the marriage certificate.

With John in custody the investigation into the Church of Cosmic Truth was beginning in earnest. Police wanted to know how many women had been victimized by the false prophet.

NEXT TIME:  Revelations about John’s past and a  “soul slave” pact.

NOTE:  My friend, and Esotouric Bus Adventures crime buddy, Kim Cooper, was so fascinated by the tale of The Great Eleven cult (see photo at beginning of post) that she wrote a book about it: THE KEPT GIRL. If you’d like to know more about Kim and her book, read my interview with her here.