In 2013 I appeared in an episode of Investigation Discovery Channel’s show EVIL TWINS to discuss George and Stefan Spitzer. The brothers were tried and convicted of sexual assault in the late 1990s.

Prior to my appearance the producers provided me with research on the case.  The notes were thorough but, even so, I wanted to dig into the case on my own. It’s something I always do when I’m going to be interviewed for a crime show.  Maybe the production company researchers had missed something, or I’d discover a detail that would add to my overall understanding of the case. 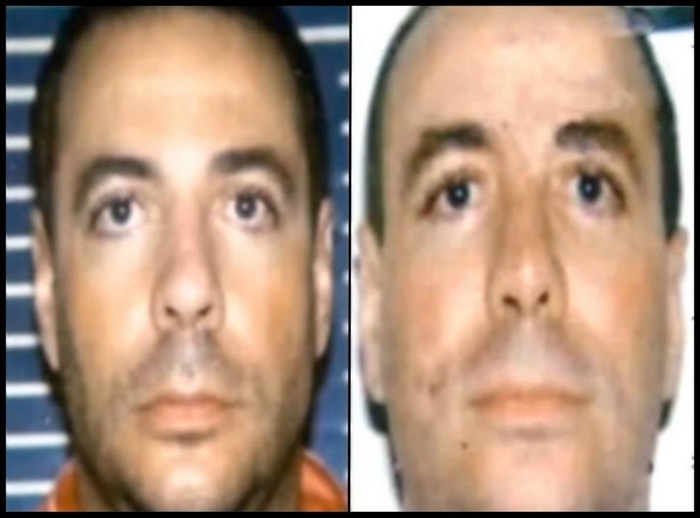 The first thing I wanted to know was if the Spitzers were still in prison so I searched the State of California Inmate Locator. I was shocked to discover that George Spitzer had been released in 2009. He was considered a high risk offender and the only record I found stated “The registrant may have subsequently relocated.” Then I searched the California Sex Offender Registry. He wasn’t there. George was in the wind.  With his history I was convinced that he presented a threat to women.

Over the past four years I’ve thought about the Spitzer twins and the hell they put several women through. I searched off and on but couldn’t find any information regarding George’s whereabouts; until today.

Before we get to the Spitzer twins in the 2010s, let’s look into their past.

George and Stefan Spitzer (aka Gino and Julian, respectively) were born in 1956, in Bucharest, Romania, the sons of holocaust survivors. During World War II, the Spitzer parents hid from the Nazis in Bucharest. The twins’ grandparents died in Nazi gas chambers.

The twins lived in Bucharest behind the Iron Curtain until the early 1970s when they fled to Israel and Greece.  In 1975, their mother died of cancer. After her death, their father moved the family to Toronto, Canada where he worked as an accountant.

As children the twins were like one person; nothing separated them. As they got older their distinctive personalities began to develop. George was more aggressive and usually called the shots. Stefan wasn’t as sharp as his brother.  He was immature and had impulse control problems.

Even though Stefan was a dim bulb the girls liked him better.  George was competitive and jealous of Stefan’s status as a chick-magnet.

The twins came to Los Angeles on vacation. They fell in love with the glamour of the big city—Palm trees, swimming pools, beautiful women.  By the early 1980s they’d moved to Hollywood to become actors. They networked, auditioned and took jobs driving scenery around. They were attractive enough, but they couldn’t act. They had portfolios made and tried modeling but that didn’t work out either.

George and Stefan got a minor show business break when Liberace hired them as valets.  The twins would later say that they were fired when they spurned the flamboyant showman’s sexual advances. I’m inclined to disbelieve anything the Spitzers have ever said.

George and Stefan lived in a series of small apartments, first on the edge of Beverly Hills, then in West Hollywood, then in Marina del Rey, not far from the waterfront. They saw lots of beautiful women, but felt that the prettiest of them exceeded their grasp—unless they pretended to be something they weren’t—accomplished and successful.

They used pseudonyms when they tried to pick up women. George introduced himself to potential dates as Gino, supposedly the son of a Mafia godfather. Stefan called himself Julian, a martial artist who’d trained film star Jean-Claude Van Dam.  To add international flair to their pick-up attempts they feigned Italian or French nationality and they creatively represented themselves as movie producers, pilots and psychologists

George and Stefan enjoyed using their nearly identical looks to fool women. They would change places in the middle of sex. They called it the “Spitzer switch.” But even though the twins shared the same facial features, and precisely the same chain of chromosomes in their DNA, careful observers could tell them apart—especially with their clothes off.  Stefan was an inch shorter and 15 pounds heavier than George and had more body hair.

From the moment the twins arrived in California they had lied and deceived most of the women they met. Sure, their behavior was smarmy but they exhibited more ominous character flaws than self-aggrandizement.  There were signs that George and Stefan were not the sort of guys who would accept no for an answer from any woman

NEXT TIME: The Spitzer twins cross a line.