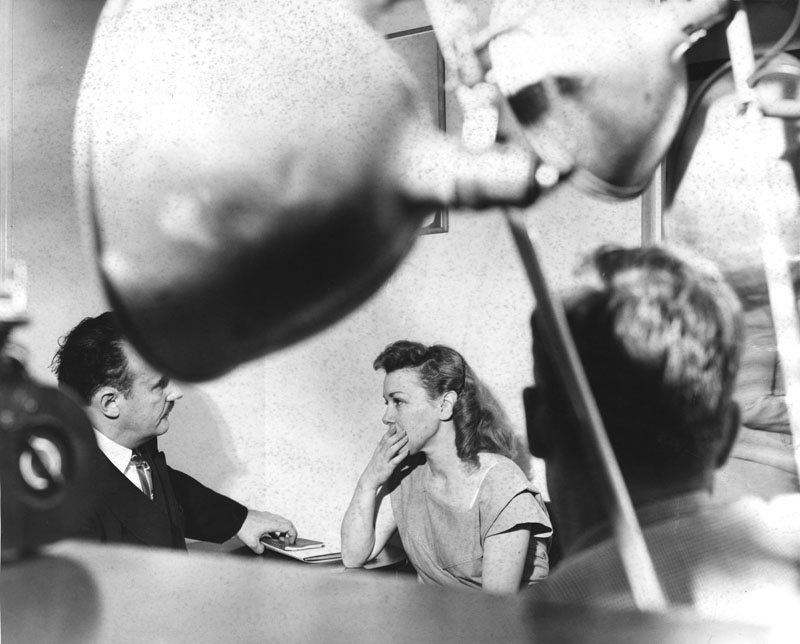 Barbara Graham surrounded by the press after receiving a death sentence. [Photo courtesy of LAPL]

The press surrounded Barbara Graham following the reading of the guilty verdict — she maintained her innocence saying that:

“I am innocent of this crime, I swear to God I am innocent. I hope my baby drops dead if I did it. 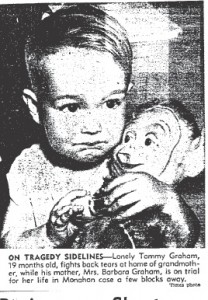 Graham was originally supposed to go to Death Row at San Quentin to await her execution, but budget cuts made it impossible to provide enough female officers to guard her. She ended up being transferred to the women’s prison in Corona.

Baxter Shorter’s mother, Cora, offered financial aid to Barbara’s three children if she would tell what had happened to Baxter. Barbara’s reply: “The man in the moon should know more about him than I do.”

Baxter Shorter has never been found. He was declared legally dead in 1960. 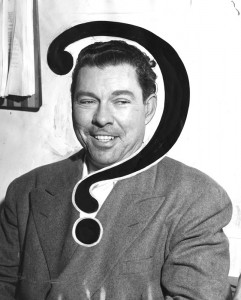 On June 2, 1955 Barbara Graham was removed from Corona and transferred to San Quentin for execution — her time was set for 10:00 a.m. Santo and Perkins were scheduled for a couple of hours later. It was going to be ladies first.

The car with Barbara handcuffed in the backseat arrived at San Quentin in the wee hours of the morning. She was taken to the cell from which she’d take her last walk.

Her last few hours were a choreographed dance of despair. 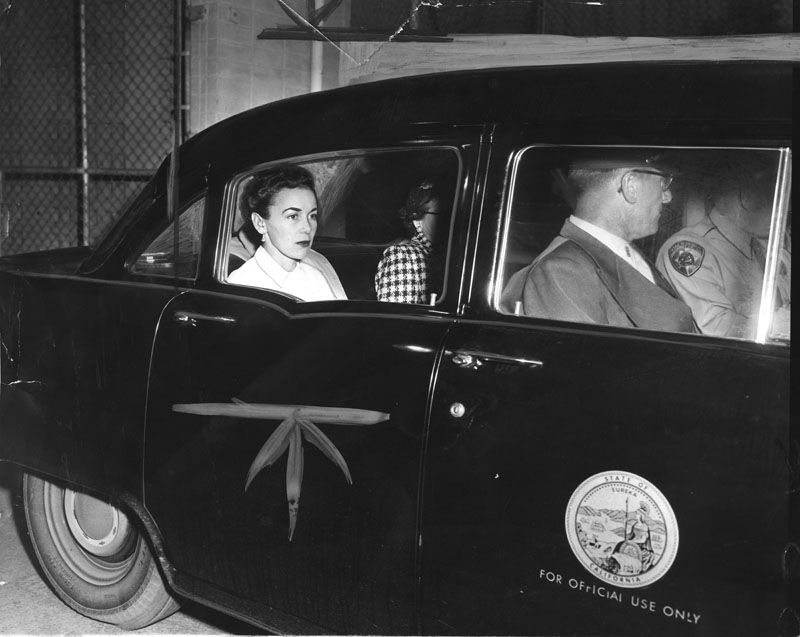 Graham was in a holding cell praying with Father McAlister when he said to her, “It’s time”. As McAlister and Graham were heading out of the holding tank the phone rang for Warden Teets, it was Governor Knight. The execution had been delayed.

Barbara collapsed and almost had to be carried back to the cot in the holding cell.

About 20 minutes later the phone rang again, it was the Governor for Warden Teets. He told him to go ahead with the execution.

Barbara was brought to her feet and escorted to the entrance of the gas chamber. The phone rang a third time and she was drawn back from the brink. She said: “I can’t take this. Why didn’t they let me go at ten. I was ready to go at ten.”

This time the condemned woman was taken to a small office adjacent to the gas chamber.

Twenty minutes more passed. Barbara was sobbing: “Why do they torture me like this?’ The reason for the back and forth was that her attorney was desperately attempting to save her life, and the last minute legal wrangling made for a hellish couple of hours. 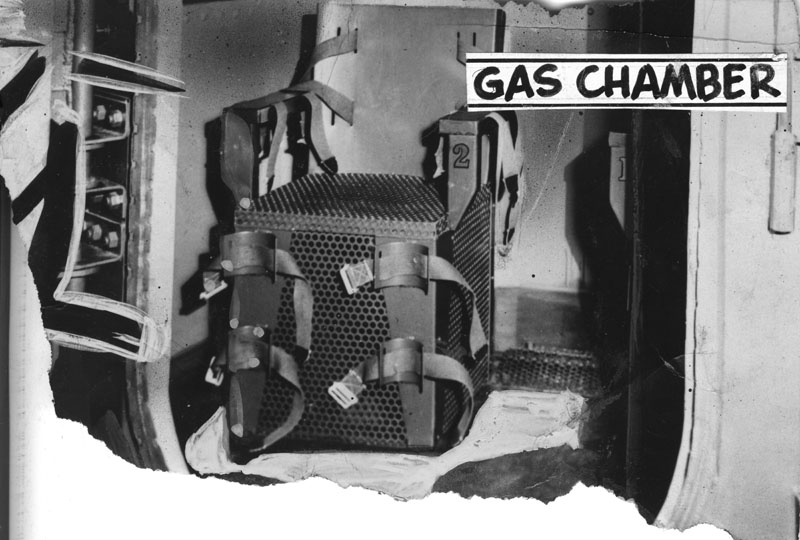 The phone rang for a fourth and final time. Barbara couldn’t bear to look at the witnesses surrounding the gas chamber and she begged for a blindfold. One of the matrons had a sleep mask.

Barbara Graham was the only person ever to ask for a blindfold for the gas chamber.

Barbara’s last words were: “Good people are always so sure they’re right.”

Joe Feretti, one of the the men in charge of her execution, strapped Barbara into the gas chamber and gave her some advice. He told her to take a deep breath and it would go easier and quicker for her. Barbara responded: “How the hell would you know?”

A couple of hours later Jack Santo and Emmett Perkins went to their deaths in the same gas chamber with very little fuss and no drama. It was reported that the two men chatted amiably as they were strapped in to their respective chairs, and when they were ready to go Perkins allegedly said to the assembled cops: “Now don’t you boys do anything I wouldn’t do.”

Barbara’s  trial had been standing room only, but her funeral was sparsely attended. Henry Graham drove up to Northern California for the funeral, but he left their son Tommy at home.

NEXT: Some final thoughts the case.