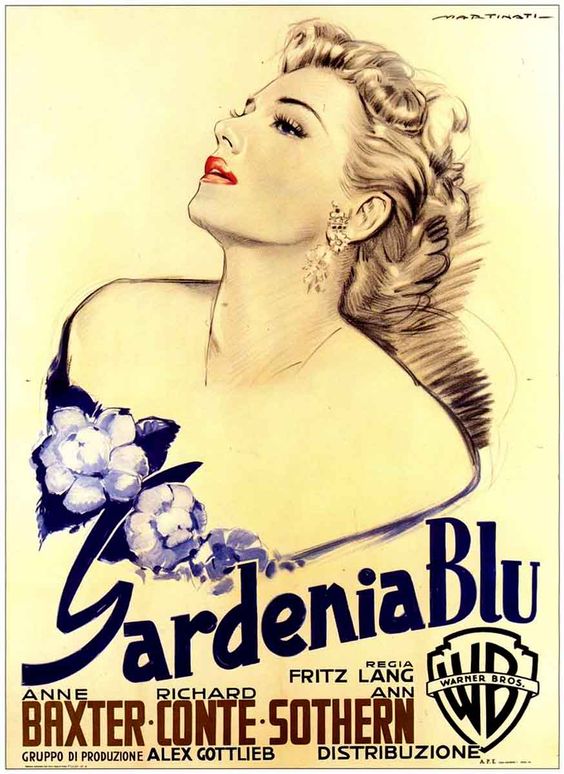 Welcome! The lobby of the Deranged L.A. Crimes theater is open! Grab a bucket of popcorn, some Milk Duds and a Coke and find a seat. Tonight’s feature is THE BLUE GARDENIA starring Anne Baxter, Richard Conte, Ann Southern, Raymond Burr and George Reeves.  This movie is a limited run, so don’t miss it.

In Los Angeles, while writing a feature story about telephone operators, columnist Casey Mayo sees calendar girl artist Harry Prebble sketching the operators. In vain, Prebble tries to make a date with one of the women, divorcée Crystal Carpenter, but she leaves with her two roommates and fellow operators, Norah Larkin and Sally Ellis. Prebble then cuts short a phone call from Rose, a woman he has been dating, who is almost hysterical in her need to talk to him. That night, Norah spends her birthday alone and reads a letter from her fiancé, a soldier fighting in Korea. After she reads that he is breaking their engagement, the telephone rings, and still in shock, she answers and agrees to have dinner at the Blue Gardenia Restaurant with Prebble, who thinks he is talking to Crystal.