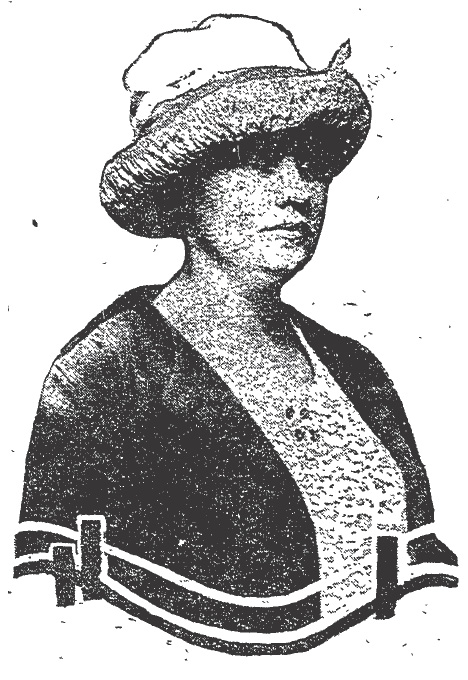 I’ve spent a few frustrating hours trying to untangle the maze of Lofie Louise Peete’s (nee   Preslar) life before 1920, and I don’t think it can be done. There is almost no consensus among the sources, except that everyone seems to agree that she was born in Bienville, Louisiana on September 20, 1880, and that she was a killer

I don’t know what caused Louise to become a multiple murderer, but I’m prepared to call her a bad seed and move on to discussing the first murder she committed for which she was actually tried and convicted.

By the time she was in her late 30s, Louise Peete had left a trail of shattered lives in her wake from Boston, Massachusetts to Waco, Texas. She was the reason that two men had committed suicide; and she’d killed a man during an attempted rape — at least that was her story. The truth remains elusive but probably goes something like this: Louise was dating a rich oilman in Waco, Texas. He owned diamond belt buckles and big diamond rings, and Louise loved diamonds. The diamond studded oilman ended up shot to death. Louise claimed that it was self-defense, and the oilman was in no position to argue. Louise was tried for the killing, but when the jury heard her tearful account of her valiant fight to the death for her honor, they acquitted her. And then they cheered! What about the diamond belt buckles and the rings? Everyone seemed to have forgotten about them.

Following the kerfuffle in Waco Louise needed a fresh start and an infusion of cash, and there was no better place to find both than in Los Angeles in 1920.

Louise and her daughter Betty were looking for a place to live when, while checking out rental properties, she met middle-aged mining executive Jacob Denton. He was the answer to her housing dilemma, and possibly to her cash flow problems as well. Denton was a recent widower, having lost both his wife and child in the recent influenza epidemic. Louise quickly sized him up as a man who would be susceptible to her Southern charm. She wooed him non-stop for several weeks but he refused to marry her (and he didn’t even know that she was already married). Denton wasn’t a pushover after all. Louise concealed her annoyance and immediately ordered Denton’s caretaker to dump a ton of earth into the basement of the home because, she said, she planned to raise mushrooms.

Jacob Denton disappeared on May 30, 1920. Louise had concocted an utterly outrageous story for the people who came by to call. She said that Jacob had had a violent argument with a “Spanish-looking woman” who chopped off his arm with a sword! What? Who in the world would buy a story like that? Apparently everyone. If pressed, Louise would say that Denton had survived the horrific amputation but he was so embarrassed by his missing limb that he’d gone into hiding. If pressed further, Louise said that not only had Denton lost an arm, he’d also lost a leg! But she allayed everyone’s concerns by telling them that he’d come out of hiding once he had learned to use his artificial limbs.

Jacob’s absence didn’t put a damper on Louise’s social life. Calling herself Mrs. Denton she threw lavish parties in the man’s home, all on his dime.

Denton had been missing for a few months before his attorney became suspicious. It had taken him long enough. He phoned the cops and asked them to search the house. After digging for about an hour in the basement the cops found the body of Jacob Denton. All four limbs were intact, but he had a bullet in his head.

Naturally the law had a few questions for Louise, but she was nowhere to be found. Had the sword wielding Spanish-looking woman returned? Probably not.

The search for Louise Peete was on.