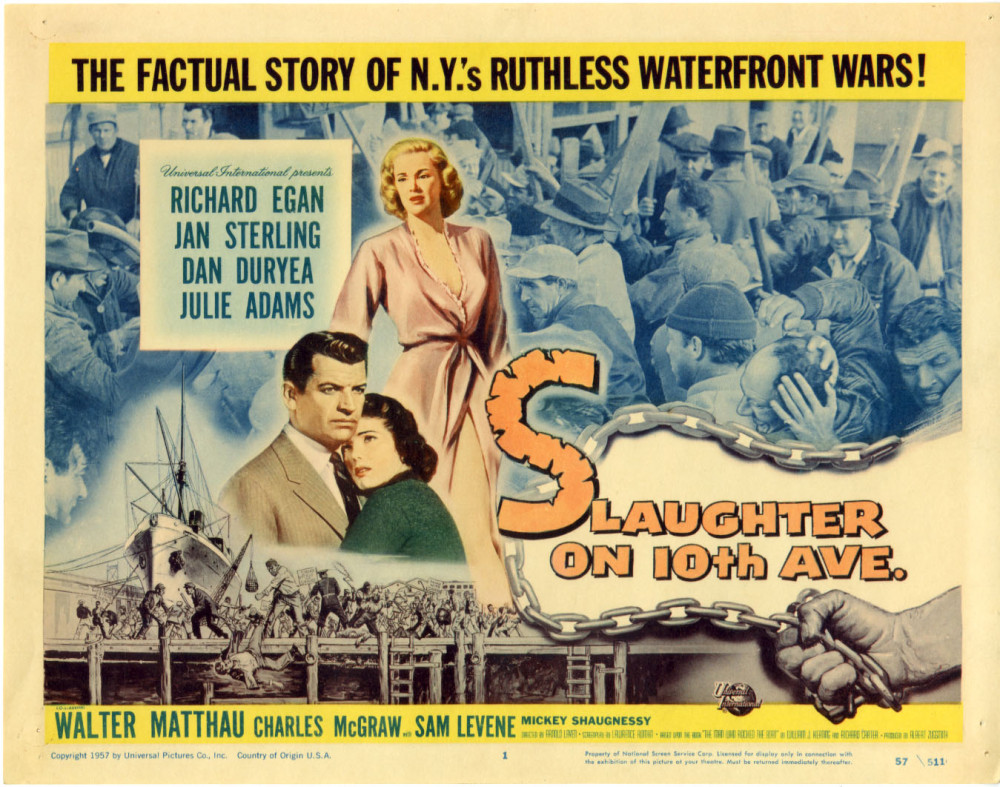 Welcome!  The lobby of the Deranged L.A. Crimes theater is open. Grab a bucket of popcorn, some Milk Duds and a Coke and find a seat. Tonight’s feature is SLAUGHTER ON 10TH AVENUE, a 1957 crime drama, starring Richard Egan, Jan Sterling and Dan Duryea.

Three men gun down Solly Pitts, ‘rebel’ against the racket-ridden Longshoremen’s Union. Before dying, Pitts tells his wife ‘Cockeye’ Cook was one of the killers…but won’t repeat it to the police, nor will anyone else help them. It seems it’s a dockyard tradition to handle private battles without help. Bill Keating, new to the D.A.’s office, is just naive enough to think he can make a case against Cook; but his efforts seem to be leading only to further violence.