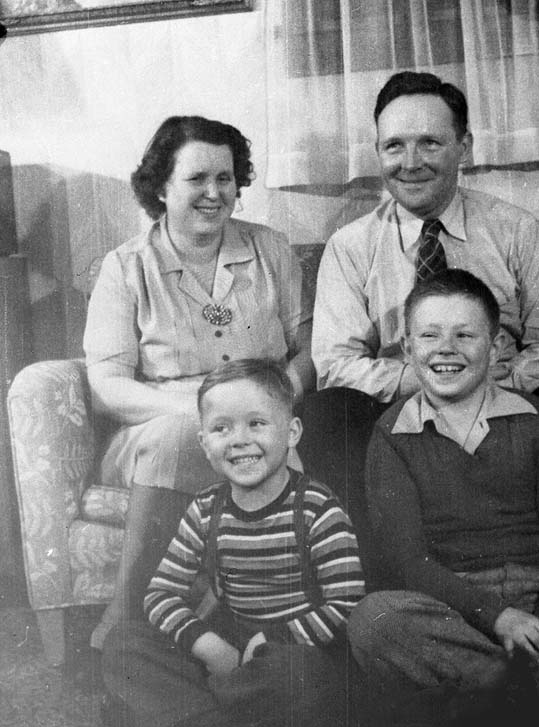 “You’d better send someone over here because I just shot my mother.”

“Shall we send an ambulance?”

Sheriff’s deputies rolled out to the home and found thirteen year old Jimmy Thomson waiting for them.

When questioned by Lt. Campbell Jimmy said that his mother, fifty-one year old Hilda Thomson, had surprised him as he was getting ready to run away from home. He’d packed his clothes and placed a plastic model airplane on top of the pile. The thirteen year old said after he and his mom had words he went into a bedroom where he grabbed a .22 rifle.

“First thing I knew I was shooting.”

Lt. Campell explained to reporters that it was difficult to obtain a coherent statement from Jimmy because the traumatized kid kept breaking down.

“He tells us only that he had decided to run away,” Lt. Campbell reported, because he wanted to prove to the ‘boys at school I’m not a sissy.'”

“Jimmy said he frequently has been tormented by other youngsters because he says, ‘I never was arrested or picked up like they were.'”

The cops had no choice but to take Jimmy to the station for further questioning. Finally, Lt. Al Etzel from Sheriff’s homicide was able to obtain a detailed statement from the boy of the events which led up to the shooting.

It was summer vacation so Jimmy spent much of the morning lying in bed. He told Lt. Etzel that he when he finally got up he decided to make some Jello — but he spilled scalding water on his leg. Forgetting about the Jello, he went outside where he immediately injured his knee.

Still smarting from the scalding water and injured knee, he went back into the house to watch TV. With only seven channels to choose from there wasn’t much to watch on the tube in 1955. I wonder if Jimmy caught the Jack McElroy show on the topic “I Cheated the Law”, or if he opted instead to watch “Queen for a Day”. 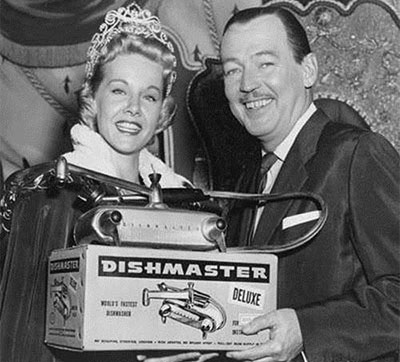 In any case, at some point during the afternoon Jimmy made up his mind to kill his mother. He decided to shoot her because he couldn’t take the continued taunts of his schoolmates.

He explained to Lt. Etzel that some boys at school bullied him:

“They said I was square because I was never in trouble.”

After watching TV for a while the boy said that he went to his bedroom and loaded 12 cartridges into a .22-caliber lever-action rifle. He put the weapon under the bed, then he went outside to feed the animals — including his pet turtle.

He told investigators that he spent the rest of the afternoon on the telephone, making calls to a girl “to find out if she liked another boy.”

About 4:30 p.m. his mother came home. She scolded him for leaving dirty dishes in the sink. — then she sat down with the newspaper. Jimmy went into his bedroom and retrieved the rifle. He returned, raised his rifle and fired once. Hilda slumped over. He fired twice more. 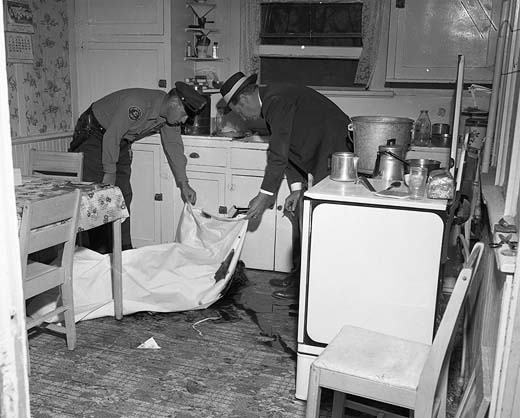 Lt. Etzel said that the first bullet entered Hilde’s left temple. The other two struck the top of her head.

Jimmy set his rifle aside and examined his mother. It was then that he decided to run away from home. He was going to steal a car “to go camp out in the High Sierra.”

But he thought it over, he said, and called deputies.

Juvenile authorities required Jimmy to undergo a series of physical, psychiatric and psychological tests before they could decide how to handle his case. Unfortunately, I couldn’t find any follow-up on Jimmy’s story in the Los Angeles Times. I hope that he got the help he needed.

In the 58 years since Jimmy shot his mother to death very little seems to have changed — as a way to deal with the pressure of being bullied children continue to act out in ways that often have tragic and far-reaching consequences.

NOTE: Many thanks to Mike Fratantoni for assisting me with this sad tale.

6 thoughts on “Bullied Into Murder”