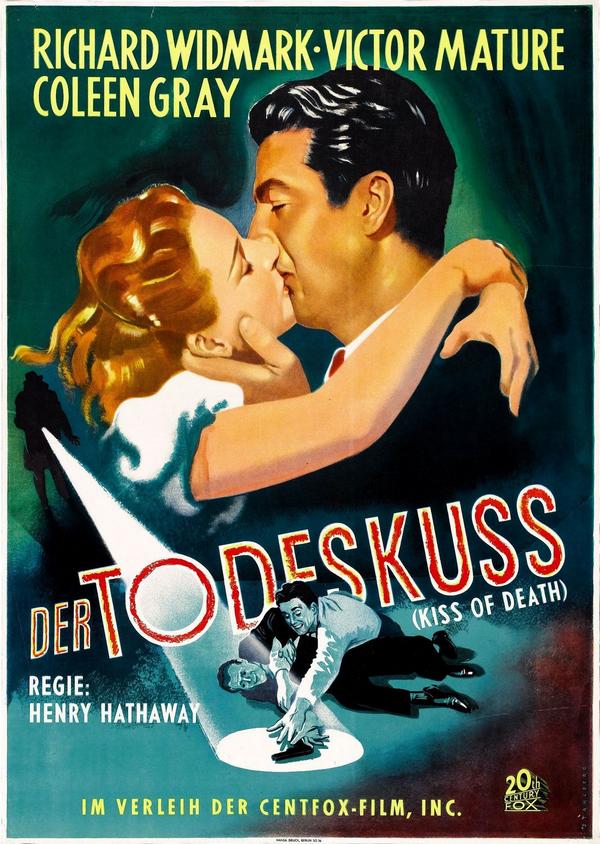 Tonight’s feature is KISS OF DEATH starring Victor Mature, Colleen Gray and Richard Widmark. This film is a classic, in particular Richard Widmark’s portrayal of a vicious psychopath is not to be missed.