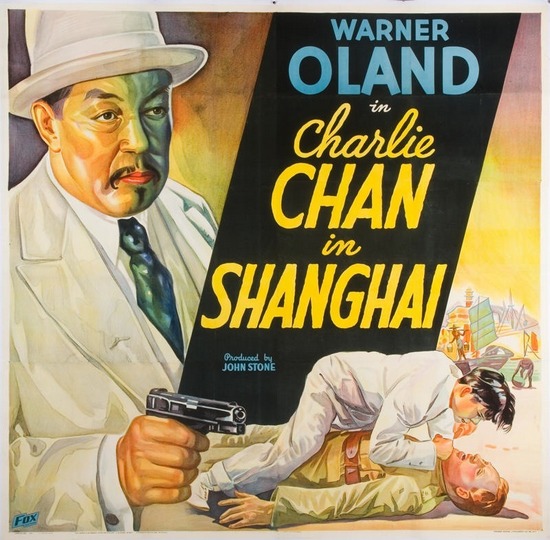 Before Honolulu detective Charlie Chan leaves his boat upon arriving in Shanghai for his first visit in years, supposedly a vacation, a man stuffs a note in his pocket warning him not to leave the ship. At the docks, Chan is greeted by Sir Stanley Woodland’s secretary, Philip Nash, and Sir Stanley’s niece Diana, before he is surprised by his son Lee, who was sent by his firm to look into the trade situation there. At a banquet that evening in Chan’s honor, as Sir Stanley opens a jade box supposedly containing a scroll for Chan, he is shot by a gun set to go off from inside the box.