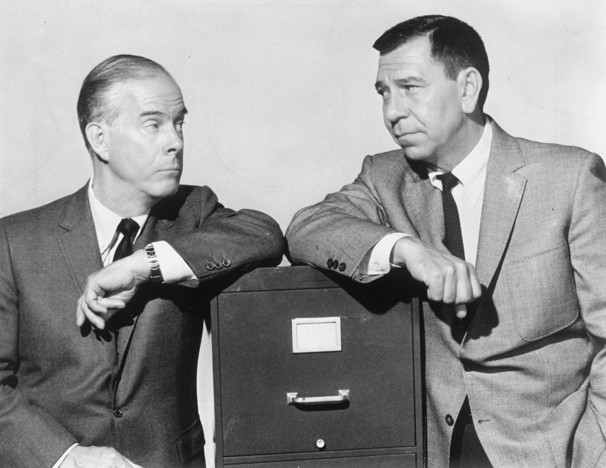 Welcome! The lobby of the Deranged L.A. Crimes theater is open! Grab a bucket of popcorn, some Milk Duds and a Coke and find a seat. Tonight’s feature is DRAGNET 1966, starring Jack Webb and Harry Morgan.

I’ve show this feature before but I thought that since I’m attending the JACK WEBB AWARDS event tonight it would be appropriate to show it again. I’m looking forward to the evening. It will, once again, be hosted by James Ellroy.

Dragnet 1966 is a made-for-TV movie that initiated the return of the Dragnet series to television. It was intended to be the TV pilot of Dragnet 1967 but was not aired as originally planned. It was eventually broadcast in 1969.

Sgt. Joe Friday is called back from vacation to work with his partner, Off. Bill Gannon, on a missing persons case. Two amateur female models and a young war widow have vanished, having been last seen with one J. Johnson. In the course of tracking down Johnson and the young ladies, the detectives wind up with two different descriptions of the suspect, one of which closely resembles a dead body found in a vacant lot. But the dead man, later identified as Charles LeBorg of France, proves not to be J. Johnson, when a third young model disappears.

The story is based on the Harvey Glatman case which I covered in a series of posts.