Olga Duncan accompanied Luis Moya out to the car where she expected to find her husband Frank in a drunken stupor. She thought she saw him stretched out on the backseat of the beat-up Chevy so she reached in to awaken him, and then everything went black.

Luis Moya bashed Olga Duncan over the head hard enough to knock her out, and Gus Baldanado dragged her into the back seat of the car — but she was a fighter with a compelling reason to live, she was pregnant. Whenever she regained consciousness and began to scream and struggle Ma’s hjired killers beat her until she passed out.

On the way out of town Luis and Gus realized that the 1948 Chevrolet they’d rented from a friend for $25 wasn’t up to a trip to Tijuana as they had originally planned. They headed south on Highway 101 and drove a little over ten miles to Carpinteria, then went another few miles to Casitas Pass Road. Gus recalled using the road to get to a winery near Ojai. By the time that they stopped they were almost seven miles into Ventura County — it was quiet, dark and deserted. 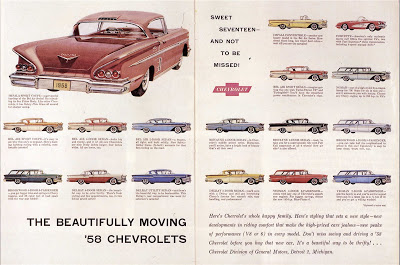 Luis and Gus dragged pregnant Olga out of the car and down a small embankment. They couldn’t shoot her because they’d broken the gun over her head during one of the beatings they’d given her. Instead, they took turns strangling her until Baldanado, who had been an Army medic, decided that she was dead.

The men were so pathetically inept that they had neglected to bring shovels, so they dug a shallow gave in the soft silt near a drainage ditch with their bare hands; then they buried Olga and her unborn daughter. Olga was still wearing the wedding ring that Frank had given her.

Baldanado was as lousy a medic as he was a hit man because Olga hadn’t been dead when they covered her body with dirt. The beatings hadn’t killed Olga, and neither had the attempted strangulation. She had suffocated to death. Olga had been unconscious but alive when Luis and Gus had buried her.

Olga was discovered missing by a friend and colleague of hers, Adeline Curry, chief surgical nurse at St. Francis Hospital. She went to Olga’s apartment after the young nurse had failed to show up for an important operation. Curry was alarmed when she found the door to the apartment ajar. All the lights were on and the bed covers had been turned back, but the bed had not been slept in.  Olga was gone.

Olga’s landlady, who refused to be identified by name for fear of retribution, said she had met Mrs. Elizabeth Duncan on one occasion when she’d come by looking for Olga. The landlady said that Elizabeth was raving and declared that she would kill Olga if it was the last thing she ever did. Then Elizabeth told that landlady that her son and Olga weren’t married at all, that they were living in sin. When the landlady challenged her, Elizabeth snapped: “All you have to do is check with Ventura. The marriage has been annulled.” The landlady told police and reporters that Olga was deathly afraid of her mother-in-law and  she frequently moved to stay one step ahead of her.

Upon being notified of her disappearance Olga’s father, Elias Kupczyk, turned over to Santa Barbara police letters he’d received from his missing daughter telling of Elizabeth’s constant death threats. Elias was soon on his way from Canada to Santa Barbara to aid in the investigation.

The fraudulent annulment was discovered when attorney Hal Hammons unwittingly drew up the papers for Elizabeth and a mysterious man named Ralph. Hammons had rushed the annulment through the same day as a courtesy because Elizabeth was Frank’s mother. When Hammons phoned Frank later and asked if he had represented him in annulment proceedings, Duncan told him absolutely not. Hammons contacted a Ventura District Attorney Investigator, Clarence Henderson, who began to check out the information he’d been given.

The D.A.’s investigation revealed that the annulment was a fraud perpetrated by Elizabeth Ann Duncan. Ma was promptly arrested on charges of bribing a witness to influence testimony, falsifying a legal paper, forgery with intent to defraud and aiding and abetting a “Ralph Roe” in making false statements under oath. 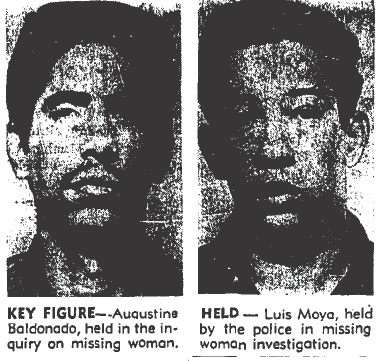 While Ma Duncan was facing charges related to the fraud two men, Augustine Baldanado and Luis Moya, were arrested . Police refused to say if the men were part of the inquiry into Olga’s disappearance.

Ma appeared in court represented by her dutiful son, Frank — in fact the two walked in together hand-in-hand. Frank successfully won Elizabeth a reduction in bail from $50,000 to $5,000. He argued that the Santa Barbara and Ventura County authorities needed to “put up or shut up” with their insinuations that his mother had anything to do with the mysterious disappearance of his wife.

“Things reaching my ears indicate there may be a homicide change in this case. Mrs. Duncan obviously had some concern about Mr. Duncan’s wife and did things that were not normal unless she had an intense dislike for her.”

Ma refused to comment on any phase of the case on the advice of her attorney/son.

Frank was either a complete idiot, delusional or, more likely, in denial regarding his mother’s involvement in Olga’s disappearance. He told reporters that he believed his wife to be alive. He went on to say:

“Truly that is my hope. At one time she threatened to cause me some unpleasant publicity but this would seem to be going to the extreme.”

Reporters asked Frank if he’d go back to live with his wife if she returned, he said: “I sure would.” Frank was also asked if his mother had been unhappy with his marriage to Olga or had tried to break it up; he replied: “Let’s say she hindered its development.”

How did Frank feel about Ma’s possible involvement in Olga’s disappearance? He stated that he didn’t believe for a minute that Ma had any guilty knowledge:

“Since that time (of Olga’s disappearance) and before she was taken into custody I cross-examined her closely about Olga’s disappearance. She said she knew nothing about it. I know her and she would not lie. I’m quite certain that she had nothing to do with it.”

Frank had no insight into why Elizabeth had taken the drastic measure of faking an annulment, and he refused to make any comment.

On December 19, 1958, Mrs. Elizabeth Ann “Ma” Duncan was formally accused of hiring Augustine Baldonado and Luis Moya, for $3000, to murder her daughter-in-law. 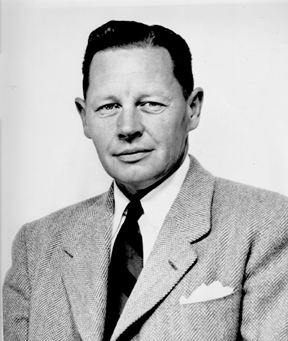 The cops had kept a tight lid on their investigation of Olga’s kidnapping when finally, on December 21, 1958, they went public with an appeal to help them find the missing bride’s body. Santa Barbara Police Chief R.W. Cooley said that the information he had about the alleged murder and disposal of the body was based on information obtained in questioning friends of the suspects. Cooley said:

“The body was disposed of early on the morning of November 18, probably between the hours of 12:30 a.m. and 5 a.m. It was placed beside or under a pipe. This pipe may have been loose, and was near a post. The automobile used to transport the body, and probably parked nearby while the body was disposed of, was a 1948 faded, dirty beige four door Chevrolet. It had blue primer spots on the hood.”

Chief Cooley figured the 5 a.m. cut-off time based on statements of witnesses that it was dark when Baldanado and Moya returned to Santa Barbara. The two were overheard to say that they had “finished Mrs. Duncan’s job.”

NEXT TIME: Frank Duncan goes missing. Olga Duncan’s body is discovered. Elizabeth Duncan, Luis Moya and Gus Baldanado are indicted for the murder of the young bride and mother-to-be.