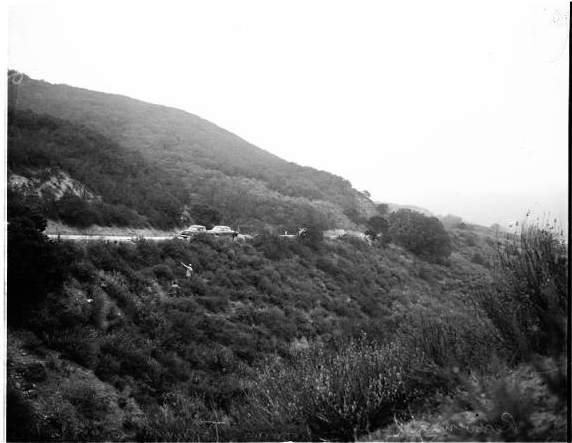 On a beautiful mid-June day in 1951, Mr. and Mrs. Ray Goozey of Northridge were out for a drive in Topanga Canyon when they decided to pull over about half a mile west of the summit to enjoy the spectacular view. 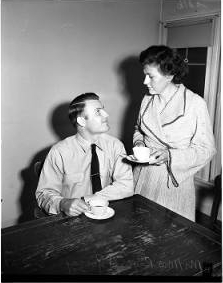 The couple was taking in the scenery when they spotted something in the heavy underbrush about a dozen feet from the roadway. Upon investigation, the Goozeys realized that they had discovered a badly decomposed human body. The body was doubled over, as if it had been thrown down the embankment. The shaken couple rushed back down the canyon and phoned police.

Deputy Coroner Logan Lawson and his assistant, Lee Malins, used ropes to retrieve the body from the hillside. They assumed the corpse was that of a woman because it was dressed in a bolero skirt and blouse. The remains were conveyed to the morgue for examination and identification. 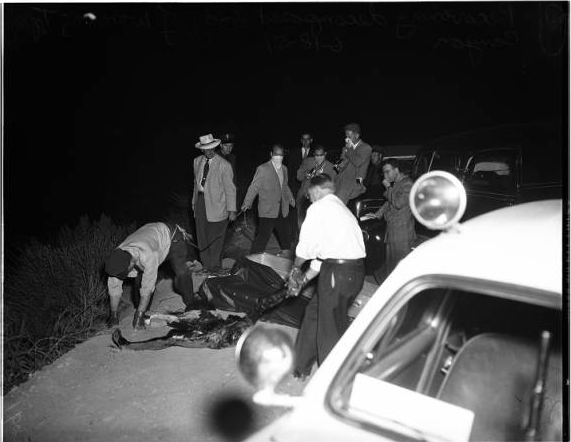 The corpse was so badly decomposed that it had to be “especially treated with chemicals” before it could be thoroughly examined. Within a matter of hours the woman was identified as Viola Vivon Mapes. The thirty-five year old woman had been reported missing a couple of weeks earlier by her live-in boyfriend, Charles French. 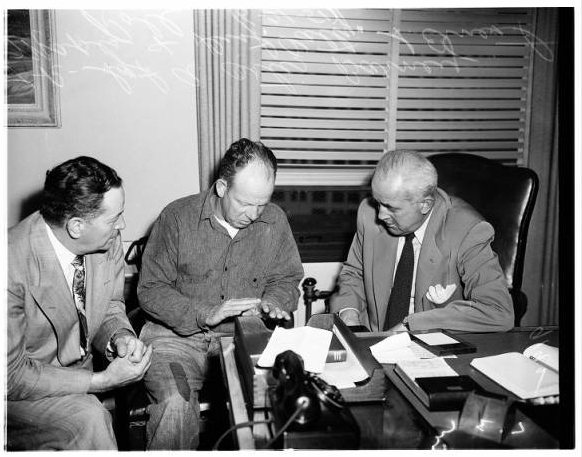 Viola’s estranged husband, Barney Lee Mapes, a 40-year old carpetner and cement finisher, was taken to the Valley police station for questioning immediately following the ID of the Topanga Canyon corpse as that of his wife.

As the chief autopsy surgeon, Dr. Frederick D. Newbarr, was attempting to determine Viola’s cause of death — Barney was being interrogated by the cops.

Barney’s story was that he’d last seen Viola on the evening of June 4th when she came to the house he shared with their two sons (their daughter lived with Viola and her boyfriend). Viola had turned up to collect $400 that she felt was her interest in an automobile she and Barney had purchased together.

According to Barney, at 9 p.m. he and Viola left his place to go to a market. While they were alone in the car he said he gave her the money she’d requested.  Then, he said, she asked to borrow the car for a few minutes to see someone named Jim to get a notarized receipt for the money, and to have her share of the family home deeded to the children.

Barney said he waited around for about 20 minutes before deciding that Viola wasn’t going to return — he then started to walk home. En route he said he found the car parked at a curb with the keys in the ignition. He didn’t see Viola, so he drove the car home and arrived shortly before midnight. 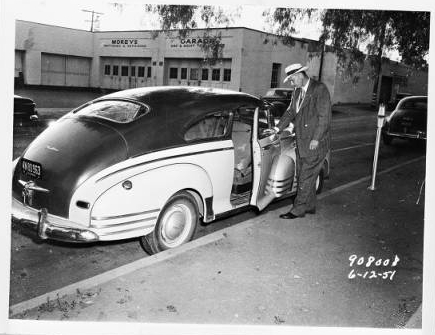 The cops weren’t entirely satisfied with Barney’s explanation, which seemed to have more than a few inconsistencies and unlikely occurences.  They asked him about a missing portion of the floor mat between the front and back seats of the car.  Barney had an answer; it just wasn’t very good.  He said that he’d noticed smoke in the car and found the floor mat smoldering.  He said it had caught fire as the result of a short in a heater located under the front seat.  The cops seized remnants of the burned floor mat and they also took a wire brush that had been used to scrape the floor beneath the mat. The mat and the brush bore evidence of blood.

Barney explained the blood by saying that he’d been out hunting a year earlier and had brought home a deer; however, his older son said that as far as he knew his dad had never bagged a deer.

Viola was a drill press operator, and one of her co-workers, Amy Goss, told Det. Sgts. Al Ortiz and C.J. Stewart of the Valley Division that Viola had been spitting blood at work on the day before she vanished and said that Barney had beaten her.  She told Amy that she was afraid of Barney.  Viola also shared her plans for the $400 she was going to collect from Barney: new furniture for the place she shared with French, and tonsillectomoies for herself and her daughter, Lilly.

When questioned the Mapes’ kids said they hadn’t been worried about the sudden disappearance of their mother, delcaring she frequently “went away for a few days, sometimes a week.” 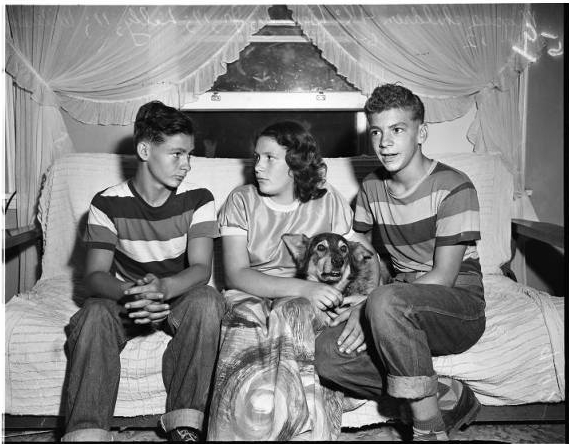 So far the cops had only established that Barney’s whereabouts on the night of his wife’s disappearance were suspect, and that Viola hadn’t exactly been mother of the year.

Things changed as soon as Barney failed a lie detector test — he was booked on suspicion of murder. He was steadfast in his denial:  “I didn’t do it”, he asserted. But circumstantial evidence against Barney was beginning to pile up and detectives found a pair of blood stained white carpenter’s overalls hanging in Mapes’ garage, and a cloth glove saturated with blood was in a pocket of the overalls.

When asked if he’d murdered Viola, Barney said that he’d leave it up to the courts to decide. He did have a few things to say about Viola.

“She hadn’t been a devoted wife.” he said, and “She neglected the kids.  I hadn’t gotten along with her and I think she was playing around.”

Playing around?  Barney must have known that Viola and their young daughter were living with Charles French.  I’d say that cohabitating with another man would be blatant evidence of playing around, wouldn’t you?

On the day after what would have been the couple’s 17th wedding anniversay, and only 39 hours after the murder investigation had begun, Barney Lee Mapes confessed to Viola’s murder.

NEXT TIME: Barney’s trial and some surprising revelations.

2 thoughts on “The Corpse in the Canyon”