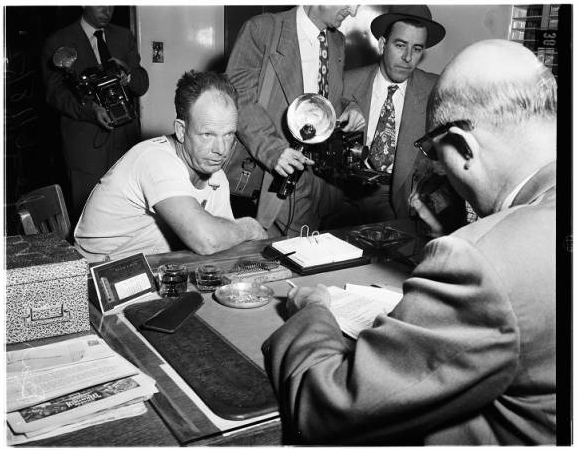 Less than two days after his interrogation began Barney Lee Mapes, 40 year old cement finisher, broke down and confessed to Sheriff’s and Valley police detectives that he’d bludgeoned his estranged wife Viola, 35, to death with a carpenter’s claw hammer. 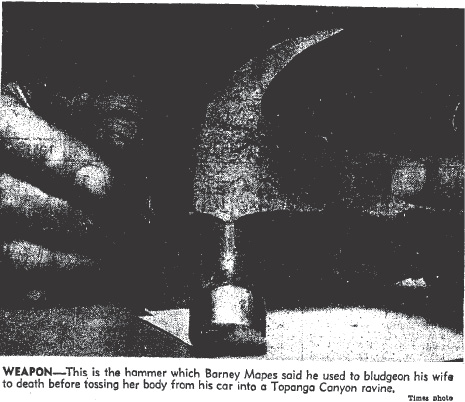 Following his statement, Barney took cops on a step by step tour of the route from the scene of the slaying on Sherman Way near Sepulveda Blvd., to the desolate spot where he had dumped Viola’s body, then finally to his home where he produced the murder weapon and other bloodstained evidence from where he’d hidden it in his garage.

According to Sgts. Al Ortiz and C.S. Stewart the confession they had wrung from Mapes over the hours of grilling went like this:

Barney and Viola drove to a market in Panorama City then parked at Van Nuys and Victory Blvds. He handed over $400 in cash for her interest in the car they had bought together, and then she borrowed the vehicle to obtain legal papers to seal the deal. 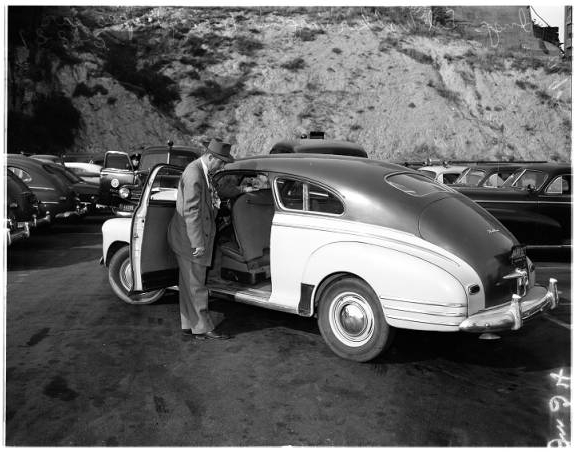 When Viola returned about 20 minutes later, she told Barney that she didn’t have the papers and she did not intend to return the money. Then, according to Barney, she pulled a gun on him and said “This is it”.

Barney knocked the gun to the floor of the car and began beating his wife in the face with his fists. The car door on Viola’s side opened and she fell to the pavement. Barney said she was moaning. She said: “I hate you, I love my children, I want to take them with me and let you go your way.”

Maybe a switch flipped in Barney — he continued to beat his wife. When he realized Viola was badly hurt and he took a claw hammer from the back seat and bashed her over the head twice. He told the cops that after hitting her with the hammer he knew that she was dead.

Mapes put Viola’s body into the back of the car and drove aimlessly for a while, stopping a couple of times to phone his eleven year old daughter, Lilly.

When a truck-trailer pulled up next to him at a traffic light he dropped Viola’s gun into the trailer. He then drove west on Ventura Blvd. and turned south on Topanga Canyon Blvd. He drove past the summit, stopped the car, pulled his wife’s body to the edge of the road and “gave it a shove”.

Mapes demonstrated his actions at the body dump site to the cops, and when he showed them how he had rolled Viola’s body over the side he said: “Now, I guess you’re satisfied.”

The cops weren’t satisfied yet, they needed every detail of Barney’s movements on the night of the murder.

After he’d dumped Viola’s body, Mapes said he drove home and hid the hammer in the wall of his garage. He put coveralls over his bloodstained jeans and went into the house to talk to his daughter, Lilly, and make a cup of coffee.

He said that he finished his coffee and then went back out to the garage to clean up the car. He cut out a piece of the bloody floor mat and scraped the bare metal with a screwdriver. Just to be sure there wasn’t any blood remaining he poured paint thinner on the car floor and ignited it. He hid every piece of incriminating evidence he could find with the hammer in the wall of the garage.

The county grand jury indicted Barney Lee Mapes for the hammer murder of his estranged wife, Viola. At his arraignment, Barney pleaded not guilty and not guilty by reason of insanity. Dep. Dist. Atty. Simon L. Rose indicated that the state would ask for the death penalty. 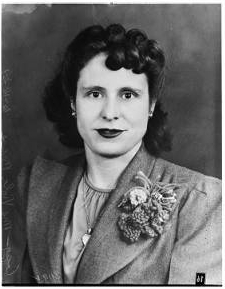 While Barney made his way through the criminal justice system, Viola’s battered body remained unclaimed. Her father, W.F. Magard of Ekley, Oklahoma, told the county authorities that he was unable to claim the body; and Barney refused to claim it.

As Barney had revealed the events of the murder night to investigators he had also started to relate some of the abuses he said he had suffered at the hands of his wife for the last five years of their marriage. He finished with: “she drove me to it.” How many guys have uttered those words before Barney?  But as it turned out, there may have been substance to Barney’s claim that Viola drove him to murder after all.

Lilly Mapes, 11, told an eyebrow raiser of a story that took place a few days before Viola disappeared. According to Lilly, her mother gave her a small revolver and told her to always keep it in her purse! Who gives an eleven year old a revolver? And what was Viola’s reason?  She supposedly told Lilly:

“If your Daddy tries to take you away (from the apartment Viola shared with her boyfriend, Charles French) you use the gun.”

Lilly was an obedient kid, she said she carried the gun to school in her purse for two days before she returned it to her mother. She gave the gun back to Viola and said:

Lilly also testified that Viola had stated that she intended to kill Barney; and once told the little girl that:

“if she got rid of my father she would have us kids and the house, too.”

Viola seemed to have made regular threats against Barney’s life in front of all of their children, not just Lilly, because Barney Jr., 14, testified that when his mother moved out of the family home (at Barney’s insistence) she said to her husband:

“Some day I’ll get even with you and kill you.”

Barney was beginning to seem less like a cold-blooded killer and more like an abused spouse. And it wasn’t only his kids who were coming to his defense — friends and neighbors testified that Barney was an even tempered guy who was only interested in taking care of his family. Viola, on the other hand, was characterized as a woman with a violent temper who had many times expressed a wish to kill Barney. 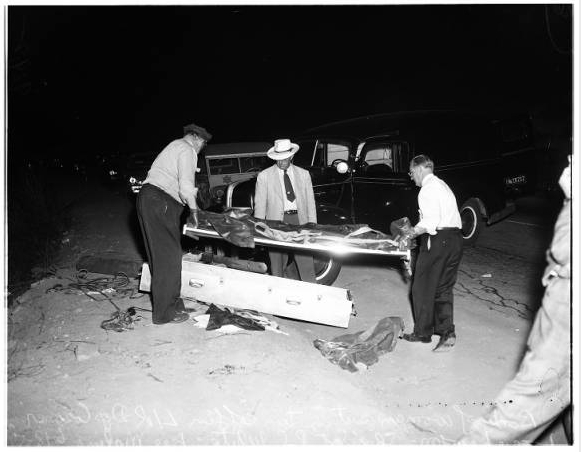 Even a local waitress, Mary Grechowsky, had nothing but nice things to say about Barney. She told of serving Viola and Barney a few months prior to the murder and recalled that Mapes had two soft drinks while Viola drank two highballs. Barney wanted Viola to leave with him and go home to the kids, but she wouldn’t budge. After Barney left the cafe, Mary asked why the couple had argued. Viola told her:

“Barney just went and bought a Chevy but Frenchie (Charles French, Viola’s boyfriend) wanted him to buy a Ford.”

Huh? What’s it to the boyfriend what kind of a car the soon-to-be-ex buys?

“If Barney follows us this time, it will be his last time.” And

she opened her purse and showed the waitress a revolver.

The waitress thought Viola was kidding.

When it was Barney’s turn to take the stand he spoke about his hardscrabble childhood in Oklahoma — he’d had to leave school in the third grade to help support 12 brothers and sisters.

When his attorney asked Barney if his marriage to Viola had been a happy one all he could say was:

From Barney’s testimony it appeared that his wife wasn’t happy at all. In fact it sounded like she was restless and unfaithful. Barney said that Viola got a war plant job during the conflict and many times she wasn’t working when she was supposed to be on the job.

When she was at home she would sometimes be violent and abusive. Barney testified that:

“One time she told me, ‘I’ll get you out of the way if I have to cut your heart out.”

“She got a long-bladed butcher knife and came after me. I have some scars on my right hand where I took the knife away from her.”

Mapes told of another incident when Viola pulled a knife on him:

“…I was standing on a ladder painting the ceiling, she threw a butcher knife and stuck me in the right leg.”

Barney pulled up his trouser leg and showed the courtroom the scar.

Mapes’ testimony about Viola’s abuse must have been difficult for the jurors to process — in 1951 they would not have been prepared for battered husband syndrome. In fact even in the 21st century the syndrome is controversial, some people consider it to be a myth. It’s impossible for me to believe that only men are capable of physical or mental cruelty.

Ultimately the jury believed Barney had acted in self-defense when he killed his estranged wife, Viola, on the night of June 4, 1951. 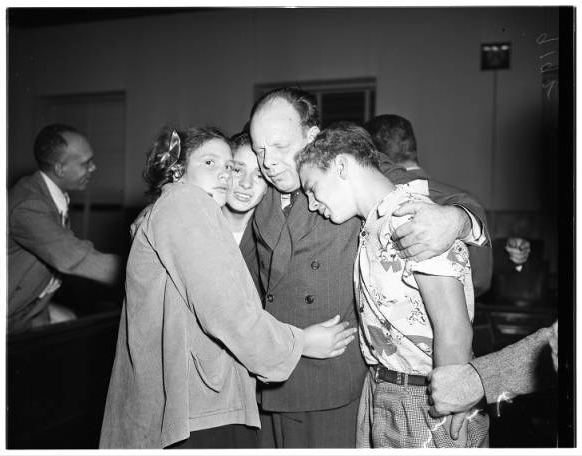 Upon hearing the verdict, Barney collapsed sobbing, body shaking, into the arms of his attorney, Robert Ford.

When they heard their father acquitted, the three Mapes’ children hugged each other and rose from their seats crying out in relief. A newspaper photo shows Barney, Barney Jr., Lilly, and Willie reunited.

I hope that they went on to be happy.

6 thoughts on “The Corpse in the Canyon, Conclusion”