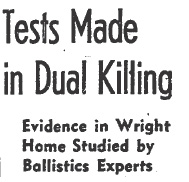 A quiet hilltop neighborhood in Glendale had been the scene of a violent double murder. Paul Wright, the president of United Airports Corporation of California, had confessed to the slaying of his wife, Evelyn, and his best friend, John B. Kimmel while blinded by a “white hot flame” of jealousy.

Wright may have been temporarily blinded by a white hot flame, but he’d regained his senses long enough to “Get Giesler” — that was Jerry Giesler the famed defense attorney. Giesler had obviously advised his client not to make any further statements; but Wright had already confessed, Giesler was going to have an uphill battle. 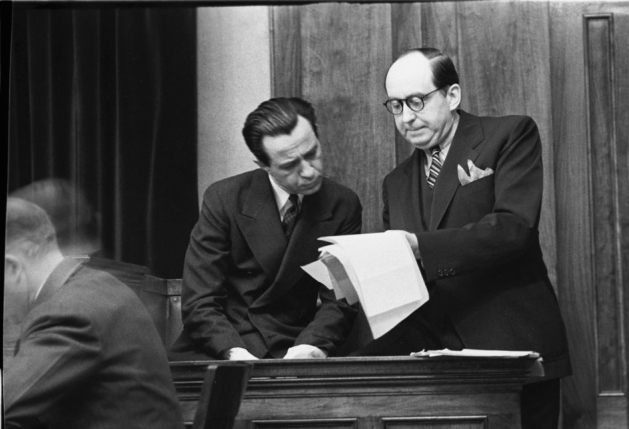 So far there were more questions than answers in the homicides; but at least the mystery of why Mrs. Wright had entered the Glendale mortuary as Mrs. Alta Vernon had been cleared up. Police announced that when she had first been taken in a fire department ambulance the driver, ignorant of her name, looked up the address in a directory and wrote down the name of a former tenant of the house. With the minor mystery solved, the cops could devote themselves to unraveling the larger conundrum of the piano bench killings.

Paul and Evelyn Wright had been having marital difficulties for months before the murders. Evelyn had written to her mother about her continuing estrangement from Paul. In her letters Evelyn revealed that money troubles and her fear that Paul was being unfaithful to her were driving a wedge between them.

Police detectives were attempting to reconcile the physical evidence at the scene of the murders to Paul Wright’s statement, and it was tough going. Wright stated that he was was about twenty feet away from Evelyn and John, who were in a clutch on a piano bench, when he started firing blindly — but tests showed that the bullets had entered the bodies at a 60 degree angle — in other words the shooter was practically standing over the couple.

As the investigators continued their examination of the crime scene a clearer picture of the night of the murders began to form, and it wasn’t pretty.

Wright’s story of being asleep on his bed for a while before he entered the living room and found his wife and best friend in flagrante delicto on a piano bench was refuted by investigators. Cops found a chair in the bedroom that was placed in front of a mirror which reflected the piano and bench that had been occupied by Evelyn and John. Also, the bed on which Paul was supposed to have been sleeping was undisturbed except for one side where police surmised he had probably sat and brooded before moving to the chair to watch the entire seduction unfold.

As Paul was being held in the County Jail awaiting arraignment he managed to make arrangements for Helen, his three year old daughter with Evelyn, to be sent to live with her uncle in Cleveland. Dr. Herbert Wright, brother of the accused, told reporters that Helen’s welfare was uppermost in her father’s mind, and that he considered it even more important than his own welfare. 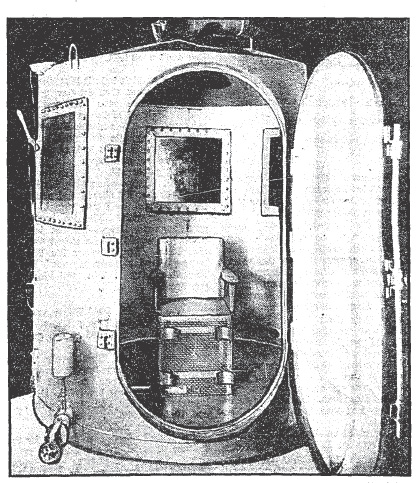 Paul’s future welfare was in jeopardy — he was going to be tried for double murder. On the advice of his attorney, Jerry Giesler, Wright entered a dual plea; not guilty, and not guilty by reason of insanity.

The prosecution demanded that Wright should be found guilty and his life snuffed out in California’s new lethal gas chamber. [The gas chamber had replaced the gallows in California in August 1937, just a couple of months before the murders of Evelyn Wright and John Kimmel.]

With Jerry Giesler mounting Wright’s defense the trial was going to be well worth watching — particularly when it was revealed that psychiatrists had been deposed concerning the possible effects on Wright’s mental condition of gassing during WWI, tuberculosis, and a sterilization operation he’d undergone in 1934 in order to spare Evelyn a second childbirth.