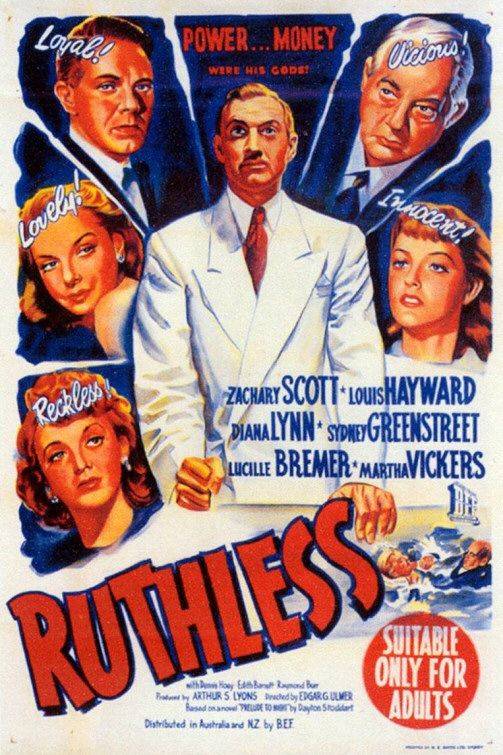 Welcome! The lobby of the Deranged L.A. Crimes theater is open! Grab a bucket of popcorn, some Milk Duds and a Coke and find a seat. Tonight’s feature is RUTHLESS.  It was directed by Edgar Ulmer who also directed DETOUR and THE BLACK CAT and stars Zachary Scott, Louis Hayward, Diana Lynn, Sydney Greenstreet, Lucille Bremer and Martha Vickers.

Horace Vendig shows himself to the world as a rich philanthropist. In fact, the history of his rise from his unhappy broken home shows this to be far from the case. After being taken in by richer neighbors he started to exhibit an obsessive and selfish urge to make more and more money, loving and leaving women at will to further this end.