After a World War II injury, George Taylor’s (John Hodiak) memory of his life is fuzzy, to say the least. In an effort to reverse his amnesia, he tracks down alleged murderer and thief Larry Garter, from whom he received a letter. Along the way, he meets lounge singer Christy Smith (Nancy Guild) and police inspector Donald Kendall (Lloyd Nolan). They aid him in the search for Garter and his stolen loot, but all find themselves mired in a much bigger mystery than they anticipated. 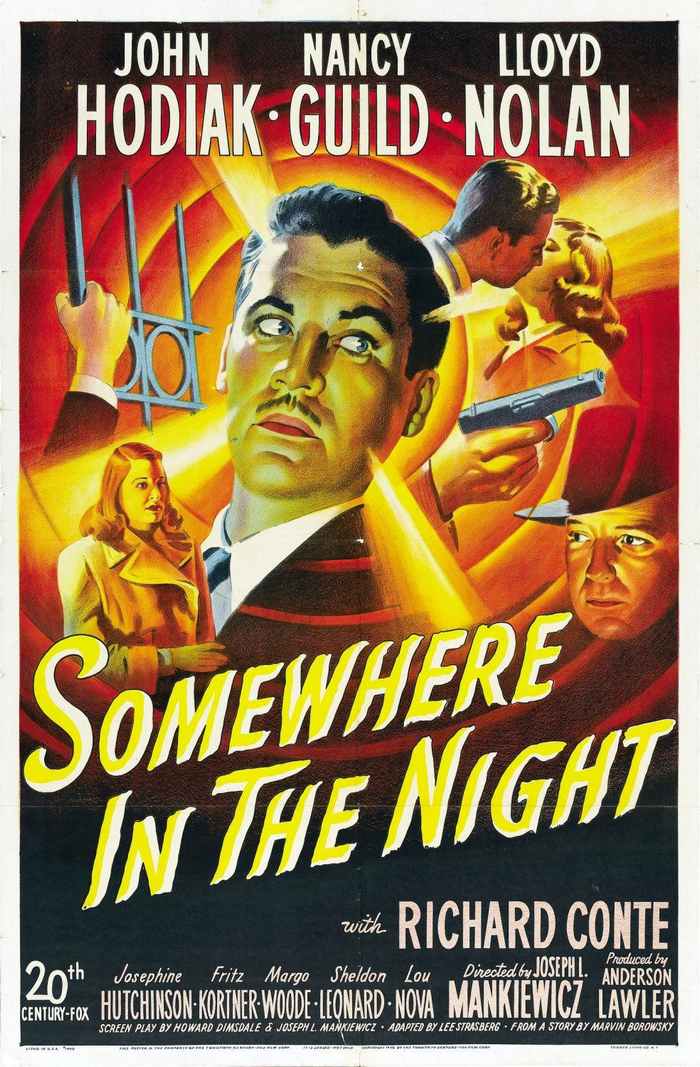 Welcome! The lobby of the Deranged L.A. Crimes theater is open! Grab a bucket of popcorn, some Milk Duds and a Coke and find a seat. Tonight’s feature is SOMEWHERE IN THE NIGHT, 1946, starring Lloyd Nolan and Richard Conte.

A U.S. Marine recovering from a combat injury in a Navy hospital in Hawaii suffers from undiagnosed amnesia, and while others call him George Taylor, he has no memory of that man. Upon recovery from his wounds, George is transferred to the hospital at Camp Pendleton, California, and is eventually discharged, even though he still has no memory. He returns to his old civilian address at the Martin Hotel in Los Angeles, but no one recognizes him there. At Union Station, he exchanges a bag check he found in his sea bag for a briefcase, which contains a gun and a three-year-old letter to a man named George stating that $5,000 has been deposited for him in a bank account by Larry Cravat.