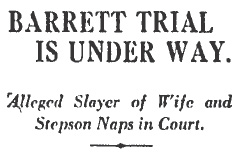 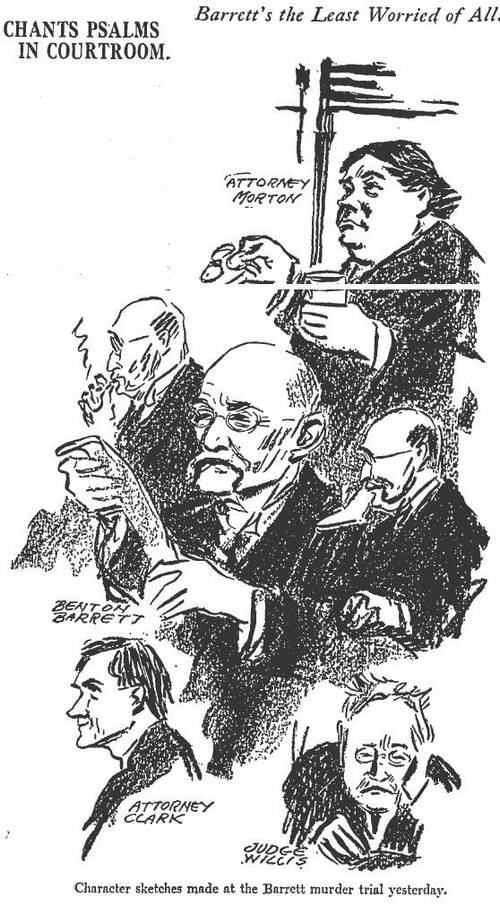 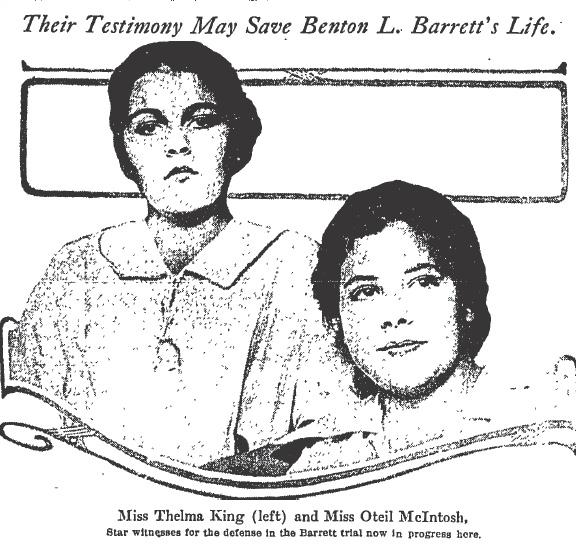 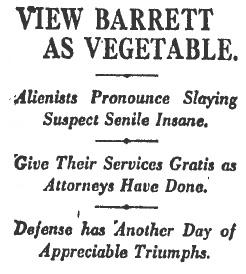 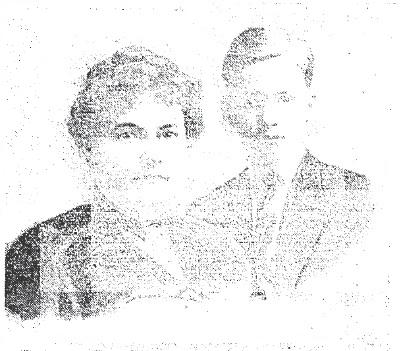 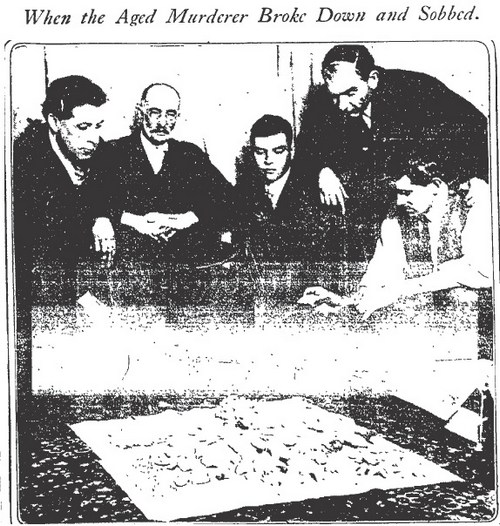 In custody for the murders of his wife Irene and his stepson Raymond, Benton Barrett told the cops that only way he could banish the mental picture of the crime was to stare at a photo of his wife — the small likeness of her he kept in his watch case.

“She comes to me in the night and I get out her picture to drive away the apparition. I do not dream, it is only when I am awake that I can see her. If I can keep this picture it will help me.”

For hours during his interrogation Barrett insisted to the cops that he could not explain how the remains of his wife and stepson got into the cesspool. Then, suddenly, his memory improved:

“Yes, I remember now how it all happened. I was frightened. I passed that pile of charred bones and they seemed to watch me, seemed to cry out against me.”

When he’d finished confessing Barrett looked at the investigators who were grouped around him at a table and he said:

“Well, boys, anything else I can enlighten your minds on?”

Barrett’s defense attorney, Lewis D. Collings, and Capt. H.L. Zimmer, an investigator, didn’t believe the man’s confession for one minute. According to Collings and Zimmer there were several people, principally his wife Irene, who had schemed to pray on Barrett’s weakened mind for the sole purpose of profit. Allegedly the conspirators expected Benton either to be sent to the gallows or to end his own life. 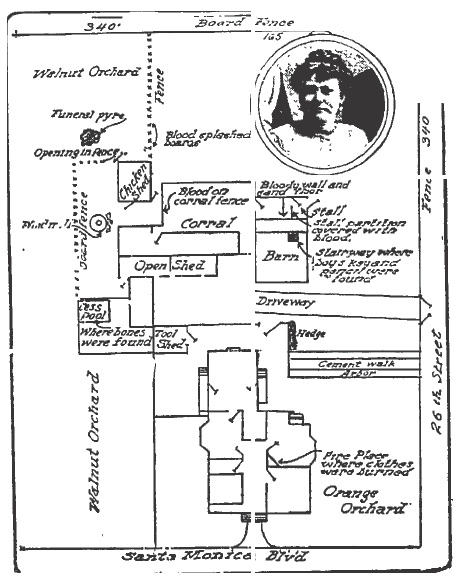 Collings offered facts to support his belief in Benton’s innocence. Collings said that Barrett had been senile for months and was about to have a guardian appointed — which would have conveniently gotten him out of the way; Barrett confessed to the murder but was so weak-minded that he changed his story each time the detectives suggested another possibility; and the fire in which Barrett said he’d burned the bodies wasn’t long enough to contain his wife’s body.

A case as bizarre and highly publicized as Barrett’s attracts every nutcase for miles. Among the assorted wackos was a dowser using one of Irene’s gloves and one of Raymond’s shirts wrapped around his dowsing wand — he was seeking their remains and not the perfect place to drill for water. The man went to the barn where the murders were believed to have occurred, then he went out to Topanga Canyon and somehow convinced a detective to dig an acre of land to expose the bodies of Irene and Richard — nothing was found.

In a letter to the editor Mr. W.D. Turner of Long Beach offered an analysis of the case. He believed that the murders were committed, but that Barrett had help in disposing of the bodies. He went on at length to describe how bones can reveal to whom they belonged in life.

An astrologer who lived near Barrett’s home said that all Scorpios like Barrett:

“…will think no more of committing a murder than a tiger does.” He is the kind to send poisoned candy in the mail.” 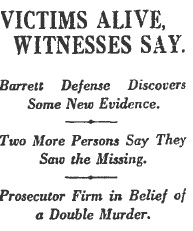 Disturbing reports that Irene had been planning to disappear and take some of Benton’s money with her began to surface. Two days prior to her disappearance Irene had purchased new clothes for herself and her son — she’d also bought a suitcase.  Barrett’s attorney announced that there would be a $1000 reward for information leading to the whereabouts of Irene and Raymond. Witnesses came forward and stated that they’d seen the supposed murder victims in San Diego, but investigators couldn’t locate the mother and son if, in fact, they were still alive.

Barrett’s original attorneys withdrew from the case claiming that they were not being provided with a sufficient number of investigators and experts to mount a vigorous defense. In all seven attorneys would join, then depart, the defense team. By April 1917 only one attorney remained, Ona W. Morton.

During jury selection Barrett chanted hymns and kept a meticulous account of the number of glasses of water he consumed — 70 in one day.

As jury selection continued a small girl, about two years old, entered the courtroom alone and struggled with the gate to the trial area. As the gate swung open the tot fell on her face and Benton jumped up and reached out for her. The bailiff, Martin Aguirre, grabbed the man and and chastened him:

“Get back there! Remember you are a prisoner in this court, accused of burning your wife and stepson. Never leave your seat like that again.”

Barrett’s trial drew a SRO crowd every day. Defense attorney Morton argued that there was no evidence that Irene Barrett or her son Raymond Wright were dead, let alone murdered, and the jury must acquit his client.

Would the jury agree with Morton?

NEXT TIME: The conclusion of the Santa Monica Cesspool Murders