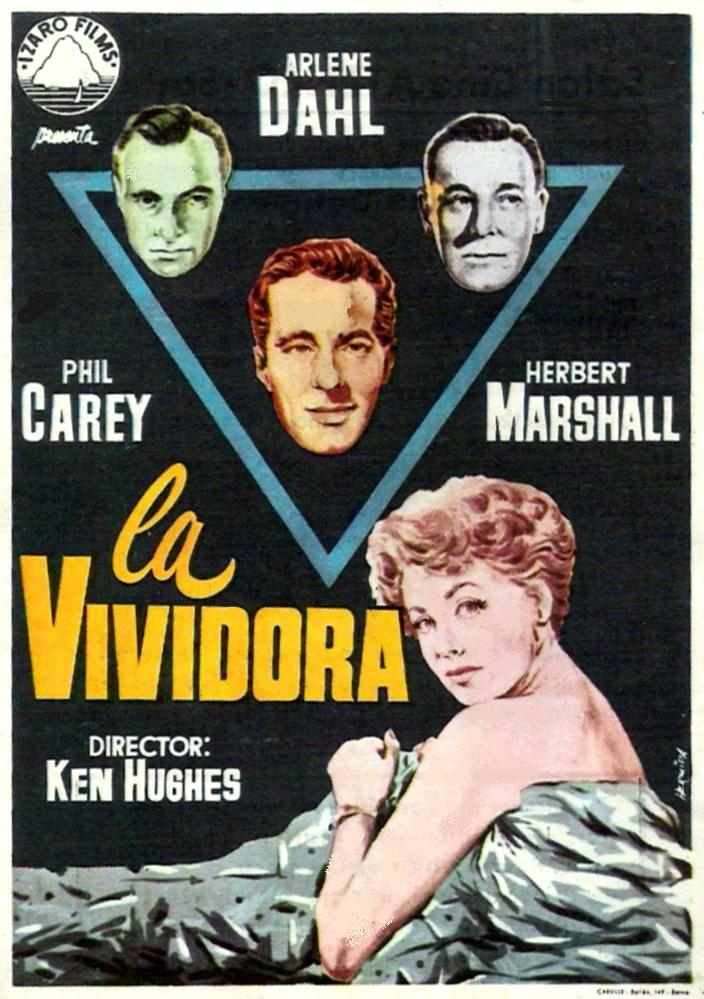 Welcome! The lobby of the Deranged L.A. Crimes theater is open. Grab a bucket of popcorn, some Milk Duds and a Coke and find a seat. Tonight’s feature is WICKED AS THEY COME starring Arlene Dahl, Herbert Marshall and Phil Carey.

Katherine Allenborg, a working girl from the slums, sees the Stylewear Beauty Contest as a ticket to a new life. Although Kathy feels a repugnance toward all men, she decides to use her feminine allure to get what she wants. Upon learning that Sam Lewis, the elderly head of Stylewear magazine, will determine the contest winner, Kathy turns her charms on him. After Sam fixes the contest so that Kathy wins first prize, a trip to Europe, Kathy abruptly dismisses the hapless Sam. On the flight to London, Kathy meets Tim O’Bannion, a struggling television producer employed by the European-based Dowling’s advertising firm. Although Tim is attracted to the comely Kathy, she is on the prowl for wealthy suitors and hence shows no interest in the lowly Tim. At the Mayfair Hotel, Kathy, who has changed her name to Kathy Allen, finds a more suitable prospect in her neighbor, successful photographer Larry Buckham.