Alfred Wells shot Rose Destree once under her heart and a second time in the abdomen. As soon as she heard Alfred pull away in the car, Rose began a slow, painful crawl back toward the road. She tried to coax 13 month old Hester Violet away from her mother but the child refused to budge. Every few minutes Rose stopped crawling long enough to catch her breath so that she could scream for help.

It took four hours for anyone to come to Rose’s aid. Lester Bellah, B. Bjorkman and his son Lars, heard the screams and found Rose near death. They discovered Hester Violet in the arms of her deceased mother. Deputy Sheriff Bill Lungstrom was the one to reach down to pick up the baby, but she clung to her mother without making a sound. Lungstrom later said: “I’ll be a long time forgetting that.” Rose was transported to a hospital where she had surgery to remove one of the bullets. As soon as she awakened from anesthesia she told San Bernardino County Undersheriff James W. Stocker that she believed that the dead woman, Albert’s sister-in-law Jean Wells, had not only known Violet’s whereabouts but had actually driven her to Escondido to keep her from Albert. 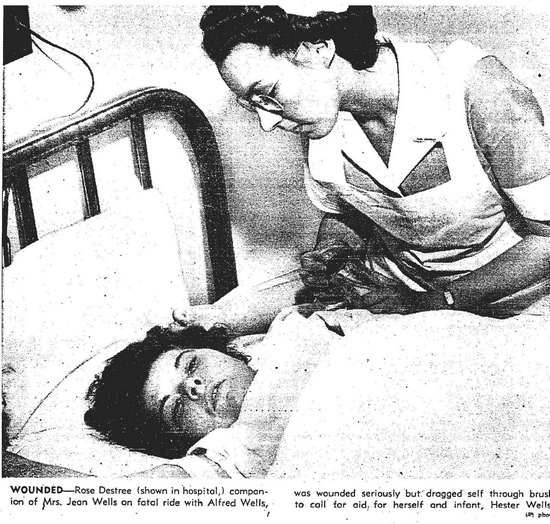 Rose’s condition was critical but she continued to provide information to Undersheriff Stocker in the hopes that she could prevent Albert from killing anyone else. She also described her ordeal in excruciating detail to Stocker. She said that after being shot: “I fell to the ground and I lay perfectly still on my side, in spite of the terrible pain. I peeped past my arm and saw Al put the baby in Jean’s arms and start turning back toward me. I shut my eyes instantly and lay as still as I could. He looked us both over a few times, with the gun still in his hands, and then turn away. Then I heard him crashing his way through the brush toward the road.” 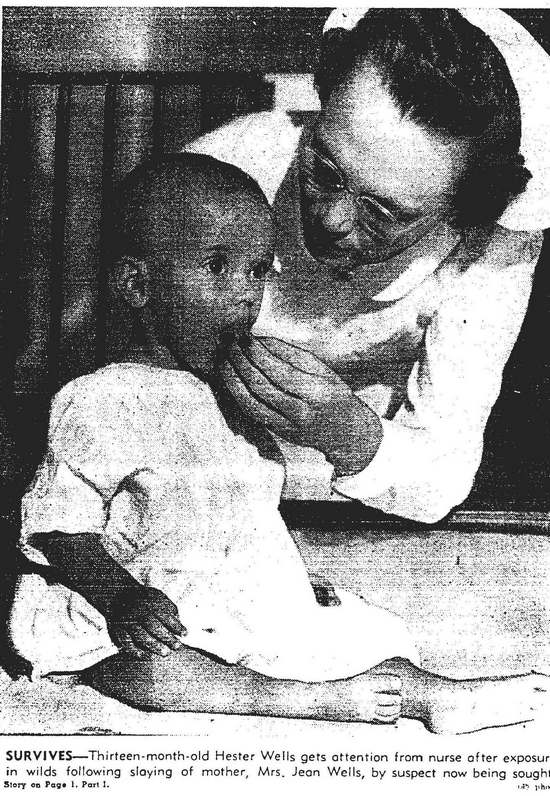 Stocker located Violet in Escondido where she was hiding out with her parents. He urged the family to go to the police station for protection. Other members of Albert’s family were assigned police guards around the clock until Albert was either captured or killed. Norman Wells, one of Albert’s brothers, was found at Sunny Slope Ranch in Rialto where he was an employee. He was holding a shotgun across his knees: “Al better not come around here,” he told the officers. Norman need not have worried, Albert was fixated on finding Violet and he thought his brother Ray, Jean’s husband, knew where she was hiding. Albert showed up at Ray’s house, showed him Jean’s note and, believing she was still alive, Ray left with Albert.

On the evening of May 9, Special Agents found the 1932 black Ford coupe in a garage in Las Vegas near the Union Pacific route between San Bernardino and Salt Lake City. The agents feared that Ray Wells had met the same fate as his wife.

Tragically, Rose succumbed to her wounds. San Bernardino Sheriff E.L. Shay asked the LAPD to send out a short-wave broadcast with a description of Alfred to all major U.S. cities. The broadcast gave a physical description of Alfred and included additional information: “Fingerprint classification one over one, T over R, six over eight. Has receding forehead, prominent ears. Suspect has .38-caliber Hopkins & Allen NP hammerless revolver, three-inch barrel, Serial R6334.”

The police desperately wanted to find Albert. It was likely that he was guilty of three murders–unless Ray was found alive.  If he had successfully hopped a freight train he could be anywhere.

NEXT TIME: Will Albert Wells be found?