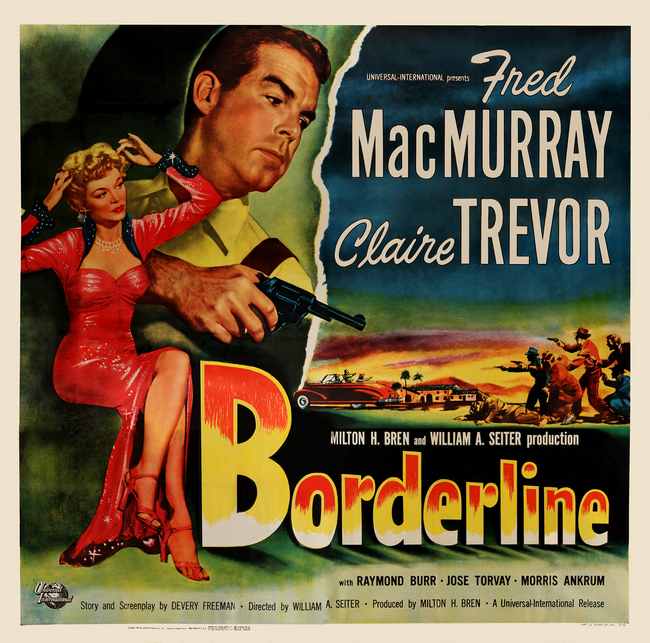 Welcome! The lobby of the Deranged L.A. Crimes theater is open. Grab a bucket of popcorn, some Milk Duds and a Coke and find a seat. Tonight’s feature is BORDERLINE starring Claire Trevor, Fred MacMurray and Raymond Burr.

Los Angeles policewoman Madeleine Haley is assigned by the police department to uncover evidence against narcotics smuggler Pete Richie. Disguised as a blowzy chorus girl named Gladys La Rue, Madeleine gets a job in a Mexican nightclub frequented by Richie. During the show, she unsuccessfully tries to attract his attention. Later, she makes a play for Deusik, one of Richie’s men. After he gets drunk, she helps him back to his room and when he passes out, searches the place. While she is searching the bedroom, Richie enters. She is able to convince him that she was just “freshening up,” and he asks her to stay.