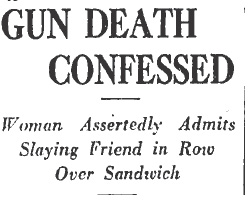 The fight between Isa Lang and Edith Eufala Norwood over an avocado sandwich ended in death. Isa had grabbed a gun from her former landlady’s closet and shot her in the back of the head. Eufala died instantly.

Isa was indicted for the slaying and ordered to stand trial on March 7, 1935 in Judge Doran’s court. She entered a a double plea of not guilty and not guilty by reason of insanity; which seemed reasonable given her stated motive for the murder.

The 46-year-old former school teacher took the stand in her defense and told the jury of nine men and three woman how “Everything went black.” after she and Eufala exchanged angry words. Isa said that the quarrel escalated quickly because: “Mrs. Norwood grabbed the sandwich out of my hands and she called me names. As she ran into the kitchen with the plate I made with my own bread I ran to a closet and got the pistol.”

Aside from the harsh words, Isa’s rage was triggered because she claimed that she had used her own bread to make lunch. She didn’t reveal the source of the avocados. Isa testified that she didn’t recall pulling the trigger, but admitted that she must have done it.

Jurors learned that the two women had been friends for the several years during which Isa had been living in Eufala’s home. But their friendship ended when Isa was told to move out.

Following their deliberations the jury returned a verdict of guilty of murder in the first degree and set Isa’s punishment at life in prison. The defendant addressed the jury telling them that she was “willing to accept any punishment the law requires.”

The verdict and sentence ended the first phase of Isa’s trial–next the jury would have to decide if she was insane when she committed the murder.

Three alienists (psychiatrists) testified that while Isa was undoubtedly eccentric whe was not legally insane when she shot Eufala. Isa’s defense team offered their own witnesses in an effort to prove that she was not mentally responsible for the shooting. It took the jury five minutes to arrive at a decision–Isa was sane–she would serve life in the State Prison for Women at Tehachapi.

There were few high profile female killers, especially during the 1930s, who weren’t interviewed by Aggie Underwood. Aggie started working as a reporter for the Evening Herald & Express in January 1935 and, as you can see from the photo she scored an interview with Isa. 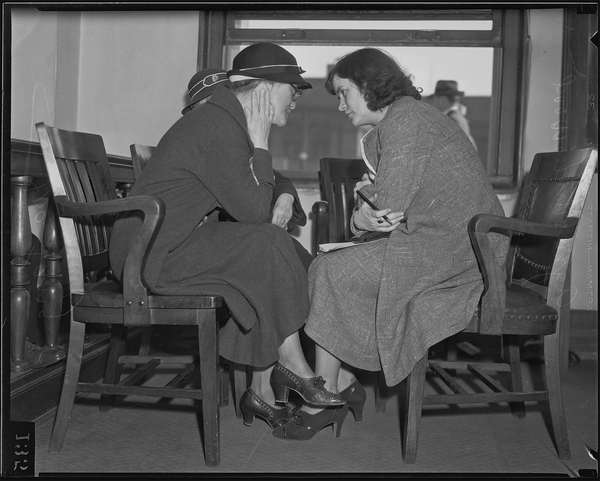 There were no further newspaper of reports on Isa until November 1976 when the Los Angeles Times did a piece on her. Isa had been a prisoner longer than any other woman in California–but that wasn’t her only claim to fame.

She was paroled in 1960 at age 71, and she told the interviewer, Charles Hillinger: “The first five years of freedom I really enjoyed. I had my own little apartment and a beautiful cat named Ginger. But the last four years were sheer hell. I became sick. I had to give up my apartment and go into a nursing home. I shared a room with five other elderly women. They were all senile. They had no idea where they were or what was going on. It was terrible. I was so lonely for all my friends in prison. I wanted to get back to prison in the worst way…”

Astonishingly, Isa was able to convince the Department of Correction that by giving up her parole and returning to prison she would be treated more humanely than she had been in the nursing home on the outside. Actually, now that I think about some of the stories I’ve read about nursing homes, maybe her request wasn’t so shocking after all.

Isa spoke with some pride of her years in prison: “I have worked at every job there is for inmates here over the years. The laundry, the kitchen, as a gardener in the yard, in the sewing room making American flags that fly over state buildings. For many years i was secretary for the superintendent. She also told Hillinger: “..I did your kind of work, too. I wrote feature stories and editorials for the Clarion, our prison paper, for 6 1/2 years.”

Isa revealed that she never married during her free years: “I’m glad for it. This is a tragic place for married women. Separated from their husbands. Their children in foster homes.”

As she got older and her health began to fail she was confined to a wheelchair, but inmates brought her gifts of rosebuds from the prison gardens–and staff members brought her flowers from their home gardens as well.

Isa wouldn’t say very much about the 1935 murder. “It was something that could happen to anyone. It was terribly foolish for me to get caught up in the situation that I did. I got stirred up. It certainly wasn’t worth it. I’ve accepted the consequences. Only God and I know what truly happened…” 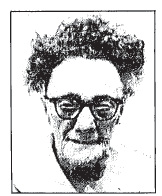 That wasn’t the end of Isa’s story. In August 1982 the Los Angeles Times covered her again. At age 93 (she was the oldest person serving time in the state’s prison system) she was likely going to be paroled–and she wasn’t happy about it. She objected to the presence of reporters at her parole hearing, saying: “I don’t want any publicity. The last time somebody put something in the Los Angeles Times about me years ago, people started picketing for my release and even the governor got into it. I want those do-gooders to mind their own business.”

It wasn’t just reporters she objected to. She became prickly when her victim was described as having been her benefactor. “That woman was not my benefactor. I merely rented a room from her. I killed her because she called me a bastard and a harlot and I want the record straight on that.”

Robert Roos, a member of the parole board, tried to sum up the conundrum: “The questions really isn’t whether Isa Lang is suitable for parole. She is by our criterion no longer a danger to society. The real question is whether parole is suitable for her. I, for one, don’t want to impose a death sentence on this lady by forcing her out of a place she clearly considers home.”

Would Isa be evicted from prison? Yes, indeed. Her attorney, James Gunn, declared himself “flabbergasted” by the parole board’s decision. Even Los Angeles County Deputy District Attorney Charles Havens agreed: “I’m surprised at what they did. It just doesn’t seem the compassionate thing to do.” But the board decided to follow the letter of the law and using that measure Isa was released.

Columnist Patt Morrison wrote about Isa in May 1983. At age 94, the former lifer was living comfortably with a “very compatible” elderly woman–a fellow vegetarian and Seventh-day Adventist.

NOTE:  Again, many thanks to my friend and fellow historian Mike Fratantoni for directing me to this deranged tale.