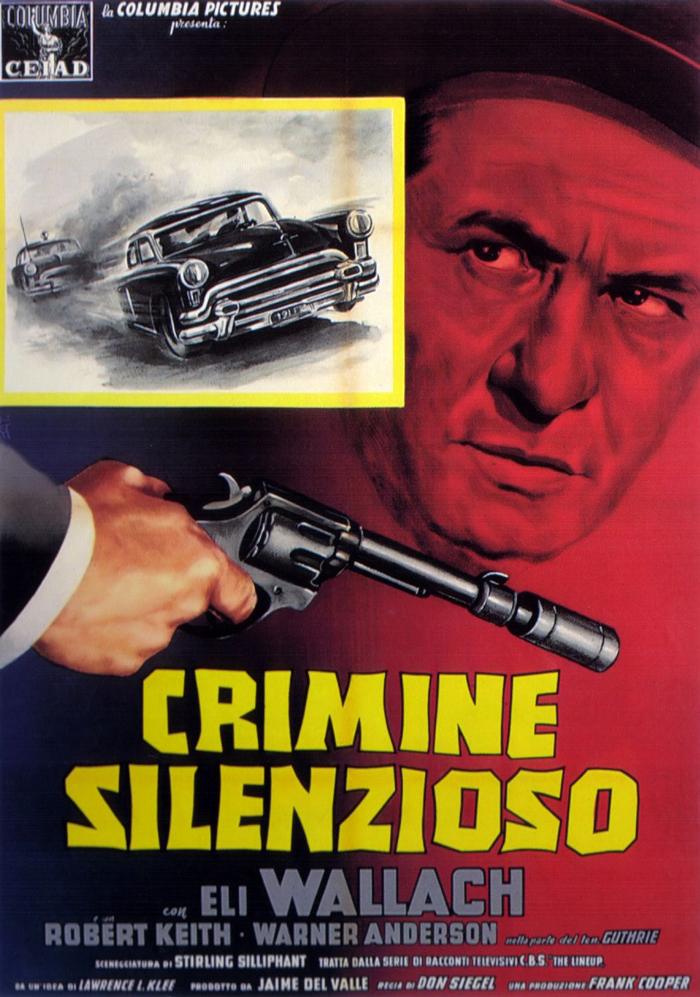 Welcome! The lobby of the Deranged L.A. Crimes theater is open. Grab a bucket of popcorn, some Milk Duds and a Coke and find a seat. Tonight’s feature is THE LINEUP starring Eli Wallach, Robert Keith, and Warner Anderson.

After a cruise ship docks in San Francisco, a porter snatches one of the passenger’s suitcases and tosses it into a waiting cab, which then speeds away. When the cab driver accidentally runs over a police officer and then crashes into a barricade, Lt. Ben Guthrie and Inspector Al Quine of the San Francisco Police Department are called in to investigate.