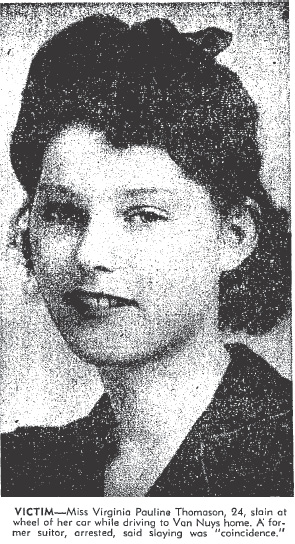 It was about 4 a.m. on October 27, 1951 and Virginia Pauline Thomason, a pretty twenty-four year old defense plant worker, was driving home alone after attending a baby shower and visiting a bar with a girl friend. She was near Fairview and Vanowen streets in Burbank, headed for her Van Nuys home, when a shot from a rifle shattered her jaw. She slumped over, dead, as the driverless sedan rolled for two or three blocks before it came to rest against a railroad right-of-way embankment. 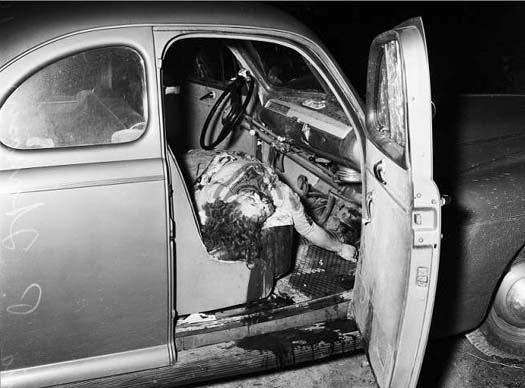 Following Thomason’s shooting William Frank Cairns, an unemployed mechanic and WWII Navy vet, walked into the Van Nuys Police Station and told the cop at the desk that he had shot at a traffic violator who had tried to crowd him off the road. He was then told that the victim of his road rage was Virginia Thomason, his former sweetheart!

Cops had a hard time buying Cairns’ contention that he’d had no idea that the motorist he’d shot and killed was his ex-girlfriend. But he refused to budge from his story no matter how hard the police pressed him. He told officers that they only reason he had the rifle in his car was that he’d planned to go deer hunting in Idaho. Cairns was booked on the shooting and released on bail. 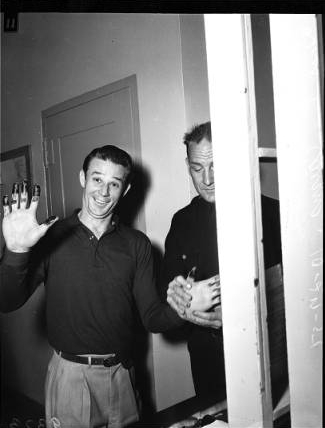 Cairns inappropriately mugs for the camera after being fingerprinted.
[Photo courtesy of USC Digital Collection]

Virginia was to have been a bridesmaid at her brother Ray’s wedding, scheduled for the day after she was killed. The ceremony was postponed when her family got word of her death. The Thomason family was in deep mourning but they assisted the detectives as best they could.

Virginia’s mother told the police that her daughter had known Cairns for a couple of years and she’d dated him, but she broke up with him several months before her death. Cairns didn’t cope well with rejection and continued to make himself a nuisance. Virginia had been compelled to sign a complaint against him in the Burbank City Attorney’s office in September. He was charged with carrying a concealed weapon after he threatened her life.

A more credible tale based on jealousy, not coincidence, began to emerge as Burbank detectives questioned Virginia’s friends and relatives. 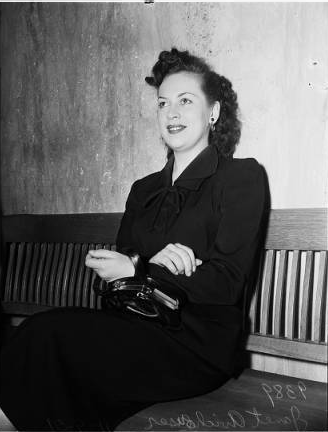 Janet Avichouser told Burbank P.D. Det. H.D. McDonald that she and the dead girl had seen Cairns in a bar on Lankershim Blvd. in North Hollywood when they had gone out for drinks after the baby shower, but they didn’t speak to him. He bought drinks for the girls but they refused them. Janet told Det. McDonald that she thought that Cairns had “acted jealous” when Virginia danced a few times with other men in the bar.

The inquest proceedings were temporarily halted when Janet collapsed in the witness box. She had finished identifying herself when Dep. Coroner Ira Nance asked:

“Were you with Miss Tomason on the night she was killed?”

Janet answered softly, “Yes”, then put her hands to her face and fainted. Her friends ran to her, lifted her out of the witness box and took her into the hallway where she was revived with smelling salts. She was excused for the day. 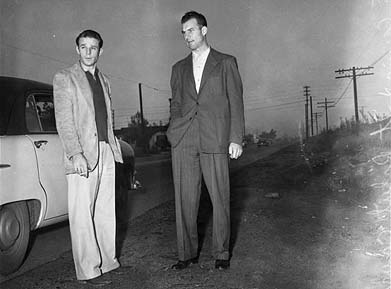 Cairns at the scene of Virginia’s shooting. [Photo courtesy of USC Digital Archive]

Cairns couldn’t attend the inquest, he was in General Hospital prison ward recovering from an appendectomy. It didn’t matter that he wasn’t at the hearing, he was held accountable for Virginia’s death.

At Cairn’s trial there were a few bits of evidence that were difficult to explain away as coincidence. In particular nobody believed that Cairns hadn’t recognized Virginia’s car — he had helped her paint it a very distinctive golden color. 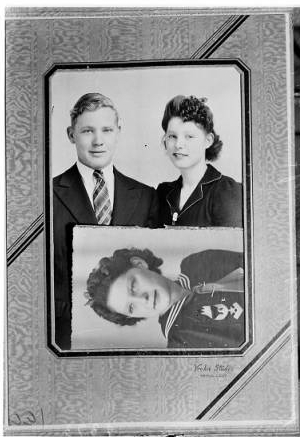 Sadly, because there were no witnesses to slaying, jurors were stuck with Cairns’ version of the shooting. He testified that he’d fired from his moving car into Virginia’s car, which he claimed was also moving. His explanation didn’t tally with the physical evidence. The autopsy revealed that Virginia was within four feet of the gun when it was fired because powder burns were found on her left shoulder, left hand and fingers.

William Frank Cairns was far luckier than he deserved to be considering the enormity of his crime. He was found guilty of manslaughter and sentenced to from one to ten years in Chino State Prison.