Aggie arrived at the Herald-Express city room before 7 am on a mid-January morning in 1935. Lewis S. Young, the assistant city editor, assigned the new reporter a desk, locker and an old Underwood No. 5 typewriter.  In her autobiography, Newspaperwoman, Aggie said: “I didn’t foresee that the typewriter and I were to become friends on hundreds of hot stories and were not to be parted until I was ordered to the city desk twelve years later”. 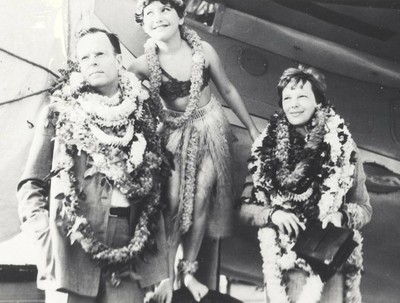 Earhart had just successfully completed a solo flight from Honolulu to Oakland and had returned to Los Angeles where she had a home in North Hollywood.

Earhart wasn’t in when Aggie arrived, and her household was being uncooperative.  Aggie wasn’t about to give up, especially on her first assignment.  She staked out Earhart’s home for over seven hours, occasionally she walked a few blocks to a grocery store to grab a bag of cookies and use the pay phone.  When Earhart finally turned up, Aggie was able to convince her, and her mother, to pose for photographs and submit to an interview.  Earhart wasn’t immediately forthcoming during the interview; but through her questions Aggie managed to discover something that Earhart had not previously disclosed – that she had abandoned her plan to fly to Washington, D.C.  The aviatrix also accurately predicted passenger flights from Los Angeles to Hawaii! 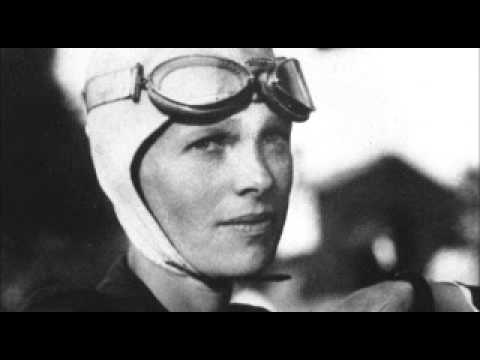 The photographs and interview were a coup, and Aggie’s bosses at the Herald were pleased.  But she wasn’t happy. During those seven hours in front of Earhart’s home, she had suffered pangs of doubt. She’d spent years learning her craft and establishing her reputation at the Record, and she felt like she was starting over.  About a week after the Earhart interview Aggie decided she wanted to return to the Record, even under its new ownership. She had enjoyed the diversity of her duties at the Record, and she wasn’t sure that she’d ever feel at home at the Herald.

Aggie placed a call to Les Adams, managing editor of the Record, but her friend at the switchboard, Alice Gross, wouldn’t put it through.  Alice told Aggie: “You don’t want to come back here. Things are in an awful fix here, Agness.  I’m not going to let you talk to Les.”  And she didn’t.  Aggie would have to stay put.

Aggie decided to express her discontent to Arthur “Cappy” Marek, the city editor who had hired her.  Marek reassured her, saying: “things will work out all right; just wait and see”. Cappy convinced Aggie to give the Herald another chance.  It was a decision that would challenge and reward her for the next thirty-three years.