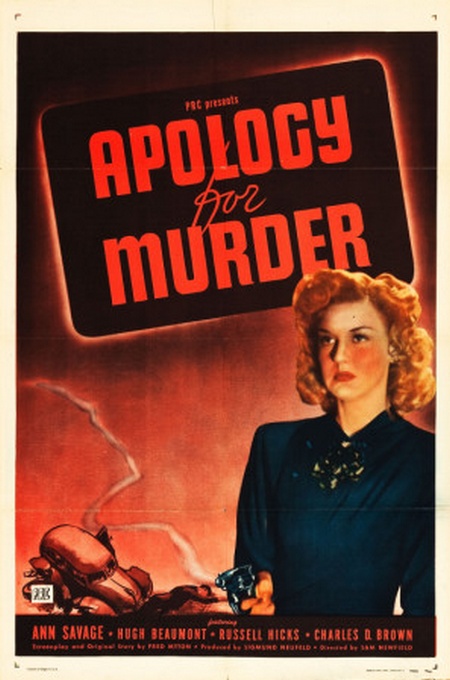 Welcome!  The lobby of the Deranged L.A. Crimes theater is open! Grab a bucket of popcorn, some Milk Duds and a Coke and find a seat. Tonight’s feature is DETOUR,  starring Ann Savage and Tom Neal.

Detour is a 1945 film noir thriller that stars Tom Neal and Ann Savage.

The film was adapted by Martin Goldsmith and Martin Mooney (uncredited) from Goldsmith’s novel of the same name and was directed by Edgar G. Ulmer. The 68-minute film was released by the Producers Releasing Corporation (PRC), one of the so-called “poverty row” film studios in mid-twentieth century Hollywood.

Although made on a small budget with bare sets and straightforward camera work, Detour has gathered much praise through the years and is held in high regard. In 1992, Detour was selected for preservation in the United States National Film Registry by the Library of Congress as being “culturally, historically, or aesthetically significant”.