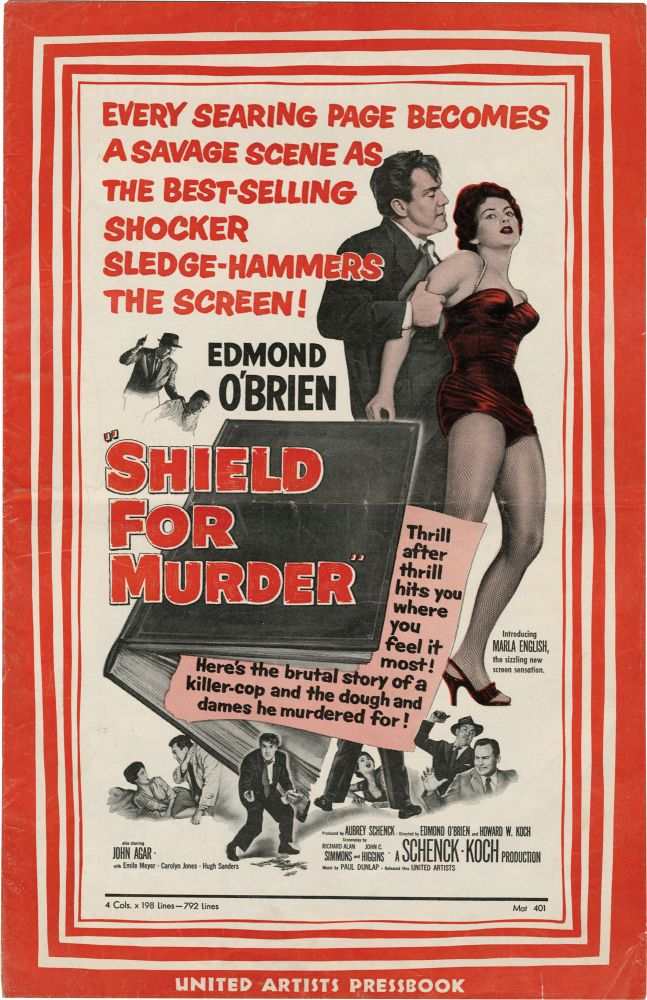 Welcome! The lobby of the Deranged L.A. Crimes theater is open. Grab a bucket of popcorn, some Milk Duds and a Coke and find a seat. Tonight’s feature is SHIELD FOR MURDER starring (and co-directed by) Edmond O’Brien.

Police detective Barney Nolan accosts a bookmaker, takes him into an alley and shoots him. Barney then robs the body of $25,000, removes the silencer from his gun, shouts a warning and fires two shots into the air to make it appear that he has shot a fleeing suspect. Barney is unaware the entire episode has been witnessed by a man in an adjacent building. 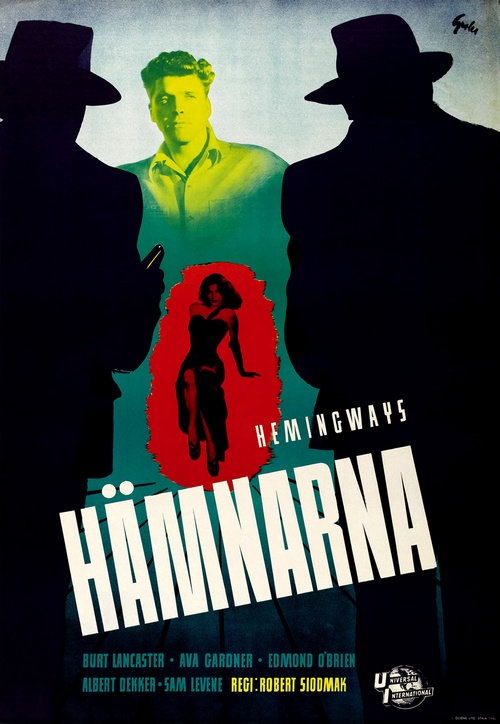 Special prosecutor John Conroy hopes to combat organized crime in his city, and appoints his cop father Matt as chief investigator. John doesn’t understand why Matt is reluctant, but cynical reporter Jerry McKibbon thinks he knows: he’s seen Matt with mob lieutenant Harrigan. Jerry’s friendship for John is tested by the question of what to do about Matt, and by his attraction to John’s girl Amanda. Meanwhile, the threatened racketeers adopt increasingly violent means of defense. 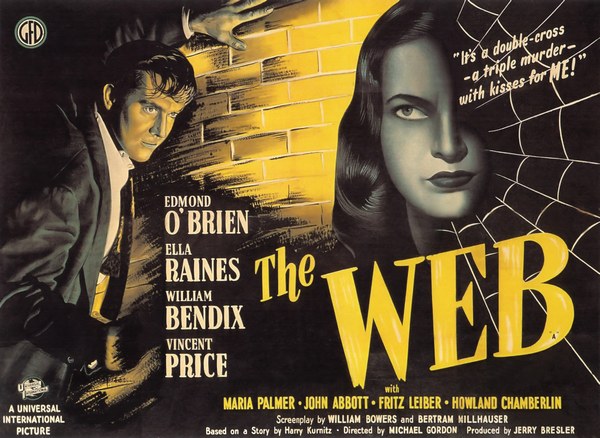 At a big city train station, Martha Kroner greets her father Leopold after his release from prison, where he served a five-year term for counterfeiting bonds. Kroner is disappointed that his former associate, wealthy businessman Andrew Colby, has not come to welcome him home. Unknown to Kroner, Colby’s henchman, Charles Murdock, watches him from the shadows.

My posts this week have been about a personal experience. Years ago my brother’s best friend and I picked up a hitchhiker — he was a guy we knew but hadn’t seen in a while. When we picked him up we didn’t know that just days later he would be arrested in connection with two murders.

I’ll be wrapping up the series The Devil in Orange County over the next day or so.

Meanwhile, it is Film Noir Friday, and tonight’s feature is THE HITCHHIKER, starring Edmond O’Brien, Frank Lovejoy, William Talman and directed by Ida Lupino. The tagline for the film was great: “There’s death in his upraised thumb!”

Critic John Krewson lauded the work of Ida Lupino, and wrote, “As a screenwriter and director, Lupino had an eye for the emotional truth hidden within the taboo or mundane, making a series of B-styled pictures which featured sympathetic, honest portrayals of such controversial subjects as unmarried mothers, bigamy, and rape…in The Hitch-Hiker, arguably Lupino’s best film and the only true noir directed by a woman, two utterly average middle-class American men are held at gunpoint and slowly psychologically broken by a serial killer. In addition to her critical but compassionate sensibility, Lupino had a great filmmaker’s eye, using the starkly beautiful street scenes in Not Wanted and the gorgeous, ever-present loneliness of empty highways in The Hitch-Hiker to set her characters apart.