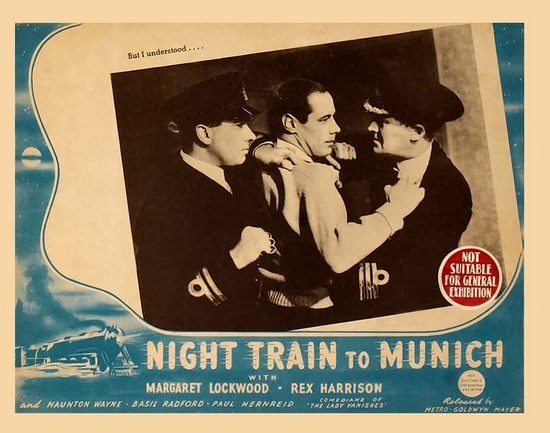 I’m stretching the noir definition with this film–but maybe not to the breaking point. One definition of film noir is that it is “a film marked by a mood of pessimism, fatalism, and menace”. Certainly there are elements of noir in this  war-time thriller.  Has there ever been anything more more menacing than Nazis?

The Nazis invade Prague in 1939, and inventor Axel Bomasch, who is developing armor plating that is essential for Allied defense, attempts to flee to England with his daughter Anna. Anna is captured, however, and taken to a concentration camp, where her captors interrogate her about Bomasch’s location. She refuses to divulge what little information she has and soon becomes friends with Karl Marsen, a teacher imprisoned for his anti-Nazi views. 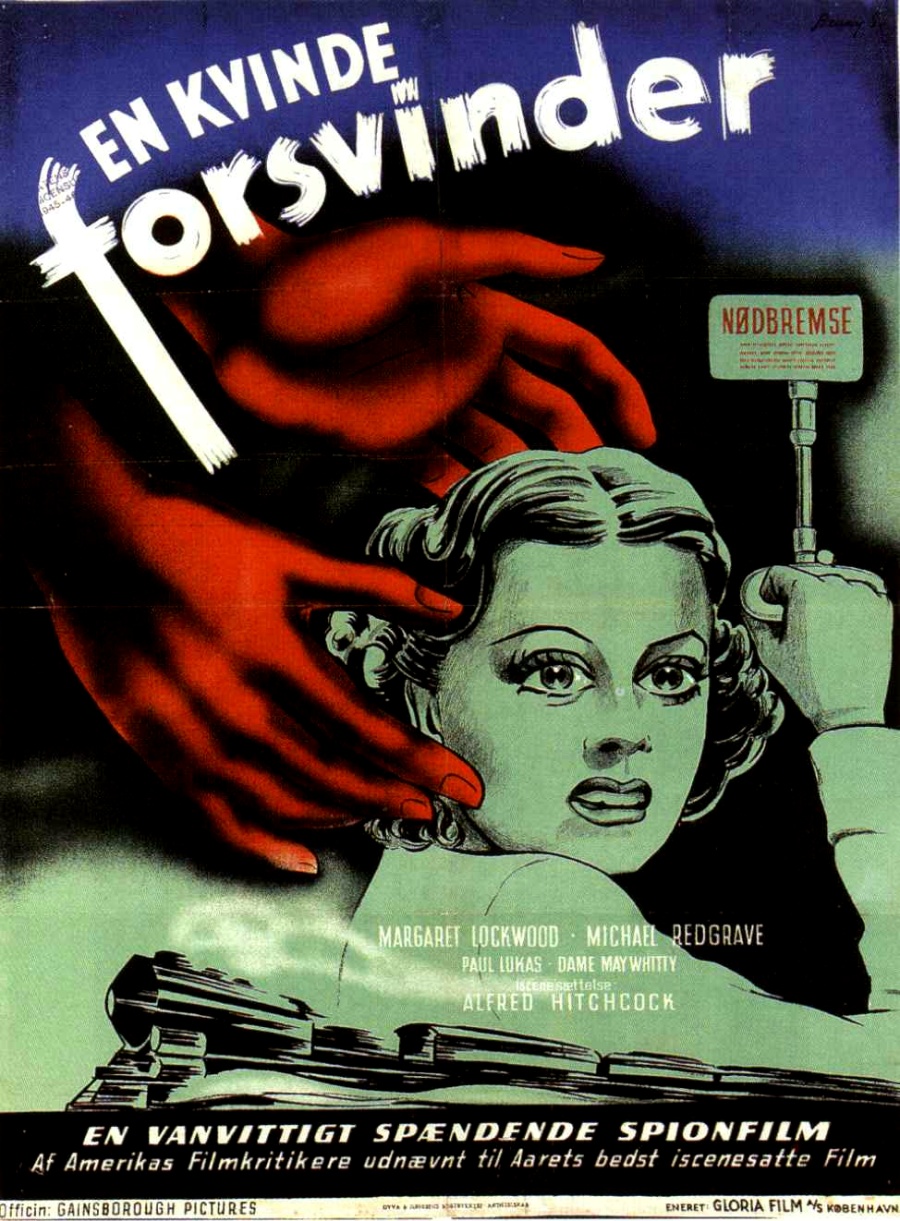 Welcome!  The lobby of the Deranged L.A. Crimes theater is open. Grab a bucket of popcorn, some Milk Duds and a Coke and find a seat. Tonight’s feature is a nifty Hitchcock thriller from 1938, THE LADY VANISHES starring Margaret Lockwood, Michael Redgrave, and Dame May Whitty. Two of the film’s incidental characters, Charters and Caldicott, who are mad for cricket, were featured in a 1985 BBC television series. I love this movie — I hope you’ll enjoy it!

Aboard a train bound for London, Miss Froy, an elderly English governess, makes the acquaintance of young Iris Henderson. When Miss Froy disappears, Iris asks for the other passengers’ assistance in finding the old woman, only to have all contend that Miss Froy was never on the train.