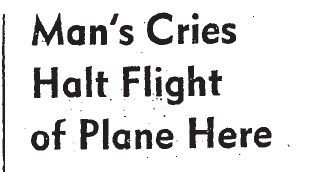 On April 17, 1950, H.A. Mayer, a cargo loader for United Airlines, was just heaving the last piece of luggage, a 47-pound suitcase, into the rear cargo hatch of a DC-3 when a corner of the bag snagged on the hatchway, and as it did a puff of smoke curled into the air. Mayer threw the suitcase to the ground and grabbed a fire extinguisher. As he was pouring chemicals onto the smoking case a wild-eyed man, huffing, puffing and sweating profusely, ran up and gasped:

“Thank God you didn’t get it aboard!”

Then the man lunged for the bag. The baggage handler and the stranger engaged in a fierce tug-of-war over the case and the stranger emerged victorious. He dashed out of the terminal clutching the still-smoking bag, but just as he was about to get into a parked car he was seized by Richard Clarke, ramp supervisor, and Jim Moore, another UAL employee, who threw the bag into a parking lot across the street and held the stranger for the cops.

The man collapsed to the curb beside his blue sedan and sobbed:

Thirteen passengers and a crew of three — Capt. Dick Bechtel, pilot; E.L. Keck, co-pilot, and Mary Kubichi, stewardess, were removed from the plane which had been less than five minutes from take-off before the odd incident took place.

What the hell had just happened, and who was the wild-eyed stranger anyway?

One of the passengers, twenty-six year old Betty Grant and her two children, Marie Ann (6) and Robert (5) immediately recognized the sobbing man as thirty-two year old John Henry Grant, husband and father.  Betty and the kids watched as John was led away for questioning by the cops. 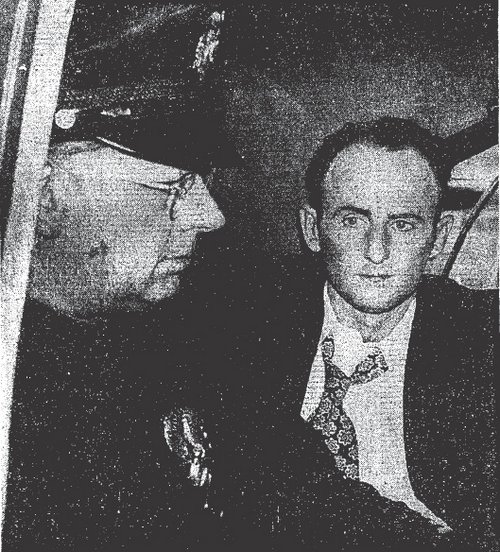 During his interrogation Grant blurted out:

It was becoming uncomfortably clear to everyone that John Grant was indeed a very sick man who, until his eleventh hour attack of conscience, had been willing to kill a plane load of people, his wife and two young children among them.  It sounded too diabolical to be true; but was it?