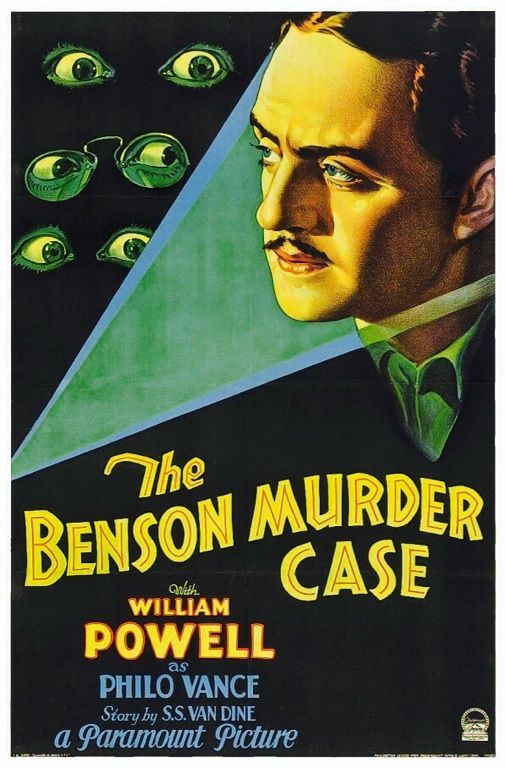 Welcome! The lobby of the Deranged L.A. Crimes theater is open. Grab a bucket of popcorn, some Milk Duds and a Coke and find a seat.  Tonight’s feature is THE BENSON MURDER CASE starring William Powell as Philo Vance.

Anthony Benson, wealthy stockbroker, to escape the threats and pleas of numerous friends he sold out in the market crash, motors to his hunting lodge near New York, accompanied by Harry Gray, a Broadway gambler and one of those he sold out. Benson is followed by three others who have threatened to kill him: Adolph Mohler, whose forged check Benson holds; Mrs. Paula Banning, a widow, in love with Mohler, whose assets have been wiped out; and Fanny Del Roy, a Broadway actress, who claims that the pearls held in lieu of Mohler’s check were stolen from her. During a visit by District Attorney Markham and amateur detective Philo Vance, Benson is murdered