Nina Bice, a 25-year-old divorced mother of three toddlers, was drinking coffee with her fiancee, William Hannah at the Scrivner Chili Dog Stand when William heard a loud crack.  He assumed it was kids playing with leftover fireworks from the 4th of July, or a car backfiring.  He turned toward Nina and found her slumped over, a bullet behind her right ear.  She was dead.

Over the next eight months a mysterious shooter, dubbed the Phantom Gunman by newspapers, shot and wounded four women and a girl in a crime spree that terrified locals. 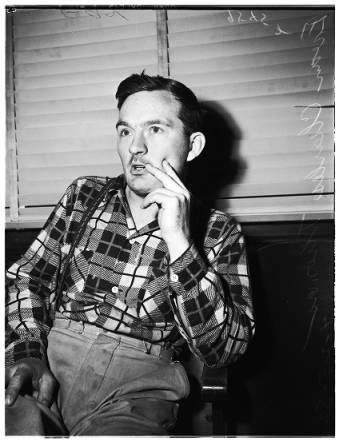 He claimed he didn’t intend to kill Nina. Like a wild west sharpshooter he tried to shoot the coffee cup out of her hands, but he missed. Evan’s pregnant wife Hester went into hiding and filed for divorce. Her father told reporters, “We’re trying to be calm about this. While we’re ashamed, we’re trying to hold our heads high.“ A reported asked if Hester planned to stick by her husband, to which her father replied, “Stick by him? Do you think any reasonable person would?”

With a perverse sense of pride, Evan lead investigators on a tour of his assaults. He told them that after he purchased the .22 rifle he prowled in his car searching for attractive women. He was a coward, inept in social situations, and probably sexually impotent. To gratify his urges, he hid in the shadows and acted out with violence and he found it gave him an erotic charge.  Evan masturbated at the scenes of his crimes.  He described for investigators how, following an attack, he would circle around in his car and find a vantage point from where he could watch all that his actions had wrought while he pleasured himself. 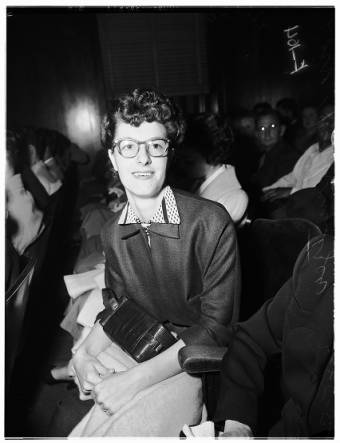 He led sheriffs to the Pico Rivera phone booth where, on August 27,  he shot Lois May Kreutzer, 21, in the back while she was called a doctor for her sick child. She was unaware of the cause of her pain and the seriousness of the wound. She believed a bee stung her, and she walked home.

Thomas took deputies to the home of Mr. and Mrs. Lloyd Walter in Norwalk, where he shot through the front window on August 28, the night before he shot Nina.

The bizarre tour took detectives to Downey, where on October 16, Patricia Ellen Bryant, 10, suffered a gunshot to her arm (breaking the bone) as she waited for the school bus.  Patricia was reading a book in front of her house when the attack occurred. Her dad was furious and threatened to punch Evan if he ever got close enough.

Deputies accompanied Evan to Pico Rivera where, on November 23, he shot Irma Megrdle in her left thigh while she was gardening in her front yard.

In the city of Garvey, Evan took deputies to the spot where he hid himself when he shot Audrey Murdock in the right side while she was ironing. Even though she was in agony, Audrey left the house to seek help.  She was in the hospital for ten days and left with the bullet still her. The doctors could not safely remove the slug.

Evan visited the chili dog stand and took detectives to his hiding place in the nearby alley from where he took the fatal shot. As per his routine, he then drove around the block, staked out a prime vantage point, watched the excitement, and  masturbated. 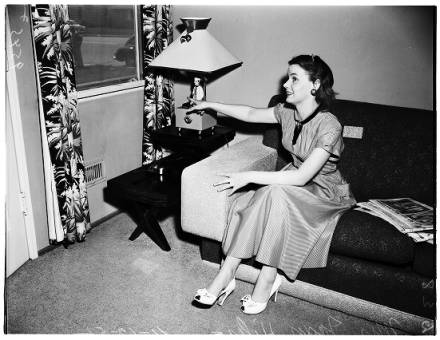 The final stop on Evan’s tour of terror was to the home of his near neighbor Joan Frances Hilles’ home in Los Nietos.  Evan recently spent the evening with Joan socializing, drinking beer, and watching TV.  Five minutes after he left her, a bullet shattered the living room window and whizzed past Joan’s head. 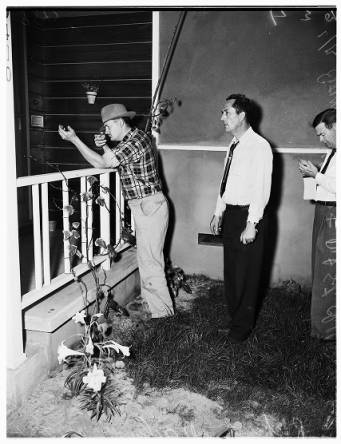 The Hilles’ considered Evan a hick.  On the night of the attempt on her life, Joan let him hang out with her because he brought the beer. Soon after firing the shot, Evan called the Hilles’ home to ask if Joan was okay. His called begged the question, how did he find out about the incident so fast?

Unable to control his curiosity, he did one of the dumbest things a perpetrator can do, he visited the scene and pestered investigators with questions. Detectives suspect the person who attempts to insert him or herself into an investigation. Charles was interested to the point of being obnoxious, and it was his intense interest that lead to his arrest. As soon as investigators turned their attention to Thomas, and he confessed to Nina’s murder and confirmed his identity as the Phantom Sniper. 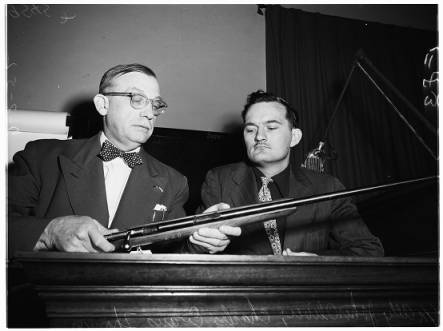 During Evan’s trial, County Jail physician Dr. Marcus Crahan offered his professional opinion of Charles. He described him as a low-grade moron who was  fired from one job because he couldn’t use a cash register.  The Post Office let Evan go after he crashed his mail truck in 1948. Crahan told the court that Evan was a subnormal every man–a guy who watched wrestling on TV, drank too much when he fought with his wife, lusted after other women but was too shy to do anything about it, and argued with his in-laws.  Crahan’s description fit thousands of men in the early 1950s; however, the crucial difference between Evan and other men was he focused his frustrations in an anti-social direction.

Psychiatrist Dr. Edwin Ewart McNeil examined Evan and declared him sane. The primary reason for his diagnosis made sense.  Charles told him his overwhelming emotion before, during, and after the shootings was abject terror. 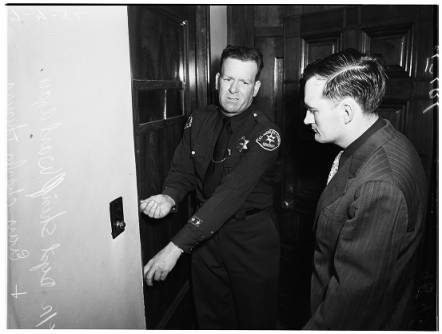 The jury found Evan guilty of Nina Bice’s murder and sentenced him to die in the gas chamber.  The district attorney set aside six charges of attempted murder. Prosecutors were hedging their bets. In the unlikely event Evan slipped through a legal loophole on Nina’s murder, he had multiple charges waiting to be filed.

Death penalty cases are automatically entitled to an appeal. Evan’s appeal revealed a jury made up of other subnormals. The defense attorneys based the appeal on the jurors’ inability to grasp the concept of lying in wait. The jurors actually believed a killer had to be prone on the ground when he fired.   The court denied the appeal.

The original Phantom Gunman was on death row, but a copycat popped up in July 1952 when several women were shot and wounded in the San Gabriel. 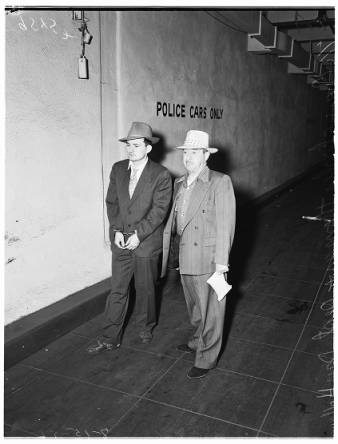 Evan Charles Thomas on his way to San Quentin to be executed for murder. [Los Angeles Examiner Photographs Collection, 1920-1961, USC]

January 29, 1954.  The State of California executed Evan Charles Thomas in the gas chamber at San Quentin for Nina Bice’s murder. His mother, in Akron, Ohio, told the press she blamed the Air Force for her son’s problems. She said, “They teach them how to use a gun, and when they get out and get into trouble, they do nothing to help.”

In a dreadful postscript, in September 1955, Nina Bice’s ex-husband Emory Bice, the father of her three children, was crossing a street in East Los Angeles when he was hit by a hit-and-run driver and killed. He left a young widow, Kathleen, to care for his three kids with Nina, and their two children together.

NOTE:  Thanks to Robert Harrison, a Deranged L.A. Crimes reader, who reminded me about this story.