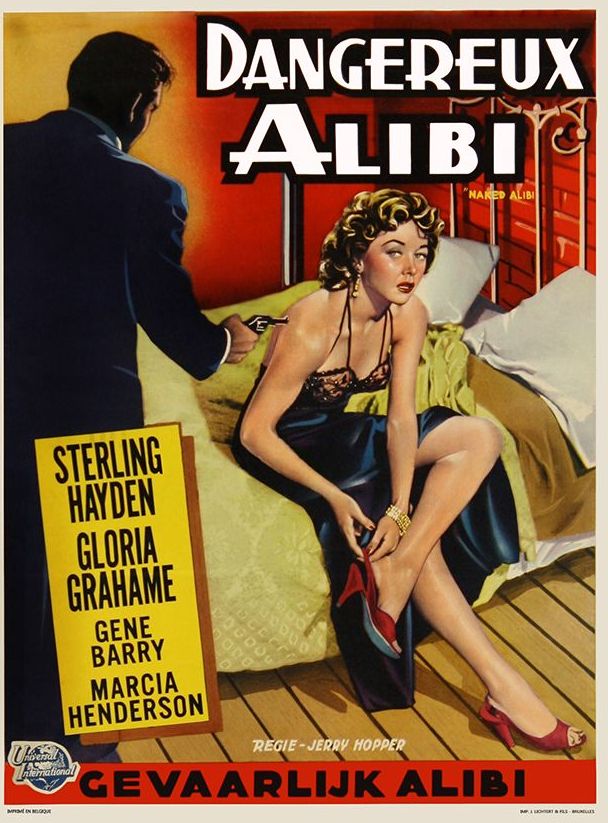 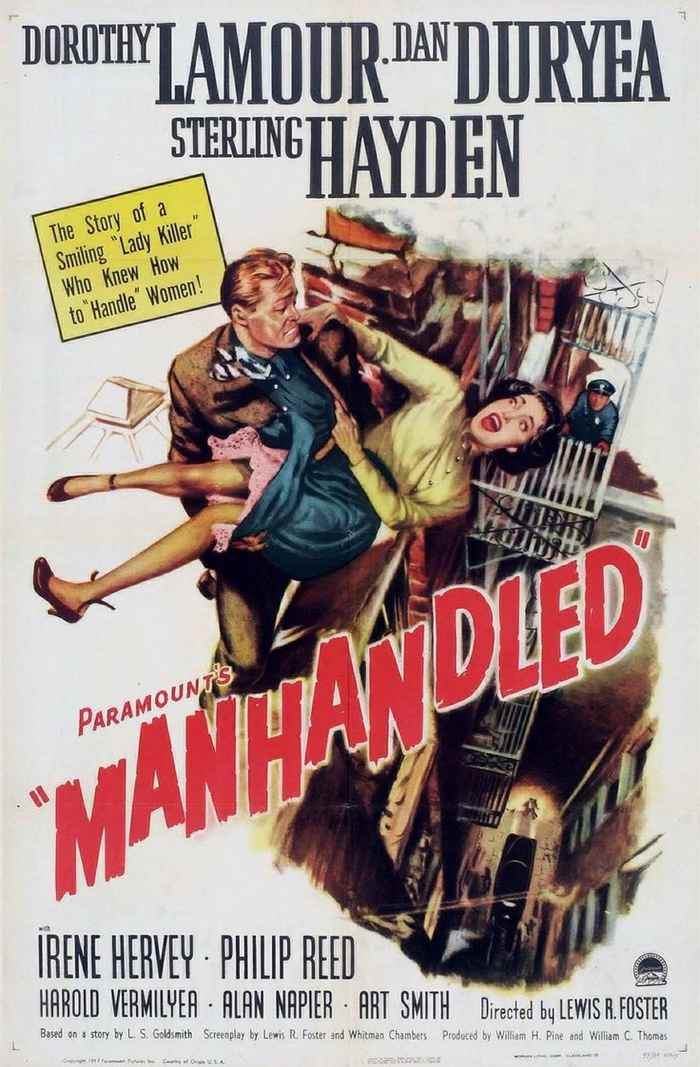 Welcome to Film Noir Friday — Sunday Matinee! The lobby of the Deranged L.A. Crimes theater is open! Grab a bucket of popcorn, some Milk Duds and a Coke and find a seat. Tonight’s feature is MANHANDLED starring Dorothy Lamour, Dan Duryea and Sterling Hayden.  Enjoy the movie!

Unemployed writer Alton Bennet tells psychiatrist Dr. Redman about his nightmares, in which he dreams that he murders his wealthy wife Ruth with a heavy perfume bottle. Redman’s secretary, Merl Kramer, takes notes as Bennet denies coveting his wife’s jewels, which are worth $100,000. After Bennet is refused an advance from his publishers, he becomes jealous of Ruth’s close relationship with handsome young architect Guy Bayard, who is designing their new beach house. 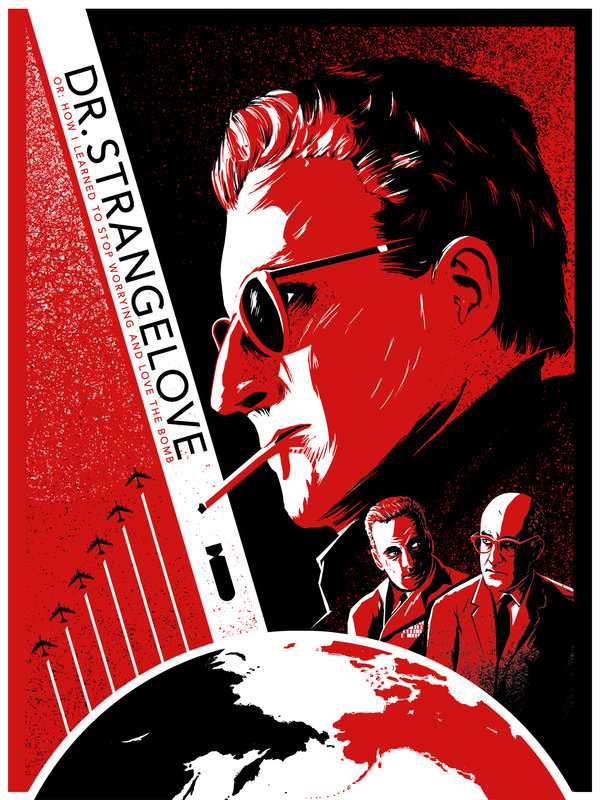 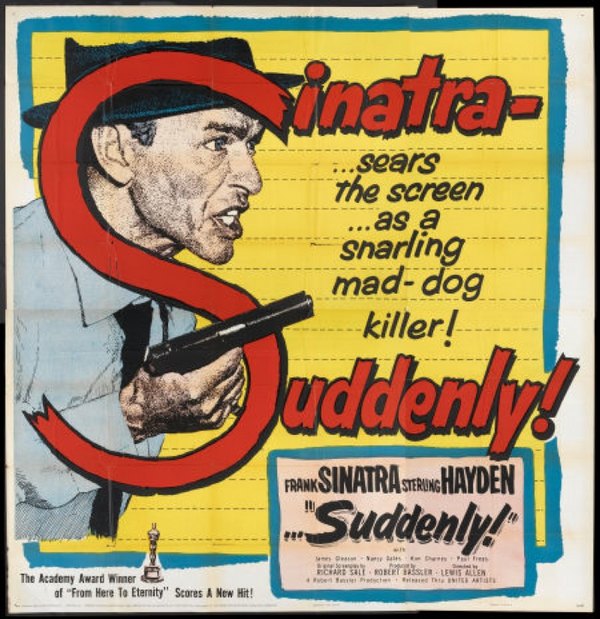 Tonight’s feature is SUDDENLY! starring Frank Sinatra and Sterling Hayden. The tranquility of a small town is jarred when the U.S. President is scheduled to pass through and a hired assassin takes over the Benson home as a perfect location to ambush the president!

Tod Shaw, the sheriff of the small California town of Suddenly, is courting Ellen Benson, a widow whose husband was killed in the Korean War. Ellen and her eight-year-old son Pidge live with her father-in-law, Pop Benson, a retired Secret Service agent. Ellen, who has become embittered by her husband’s death in battle, is overprotective of Pidge and will not allow him to see war movies or own toy guns.One Saturday morning, Ellen is dismayed to discover that Tod has bought her son a toy cap pistol, prompting her to break up with him.

Later, Tod learns that a special train carrying the U.S. President will be arriving at the town’s railroad station late that afternoon. The president will de-train, then travel by car to a nearby ranch for a fishing vacation. Tod is instructed to coordinate the local security procedures and, after requesting assistance from the state police, meets with members of the advance secret service team, led by agent Dan Carney. Carney assigns his men to inspect and secure all the buildings overlooking the station, including the Benson house.