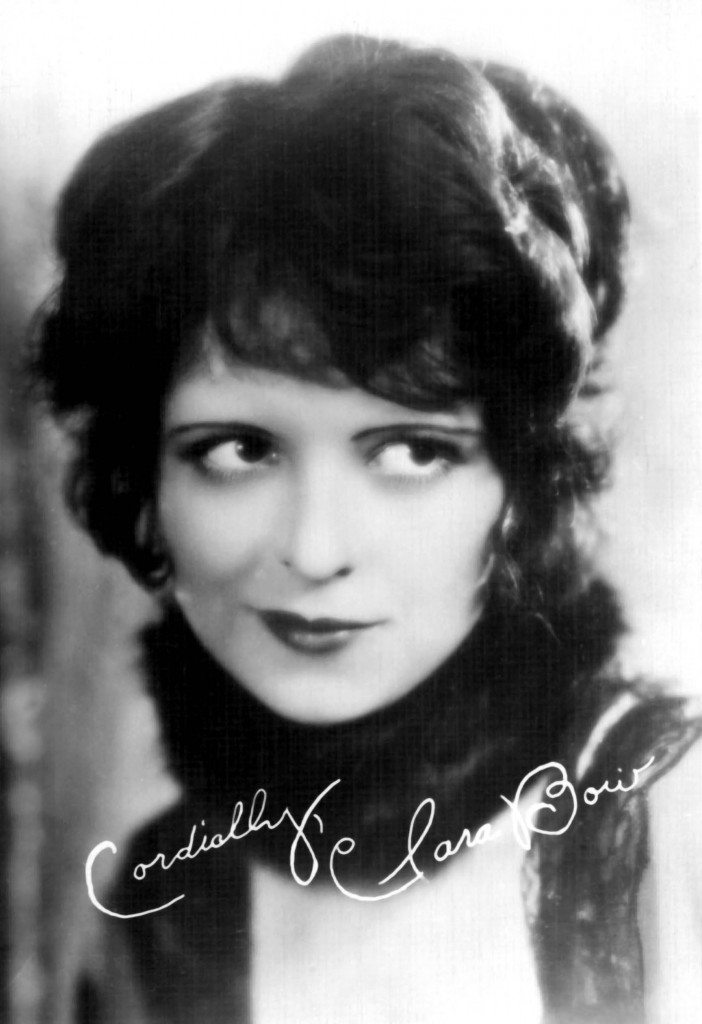 By 1930 Clara Bow had been appearing films for eight years, and she’d lit up the screen in every one of them. In 1924 Bow was selected to be a WAMPAS Baby Star. 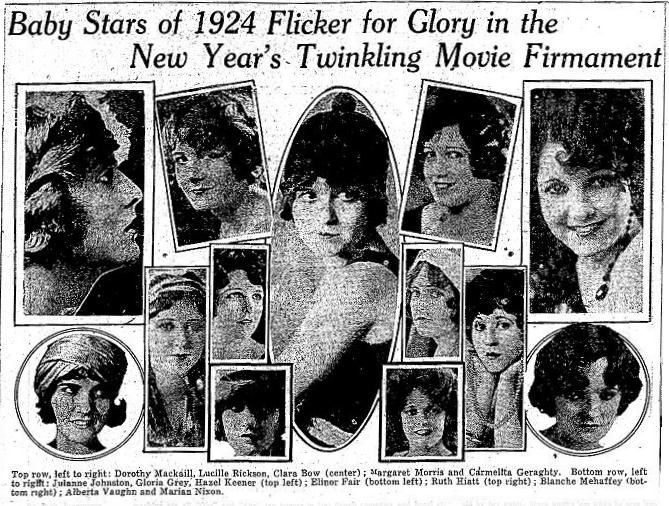 The Western Association of Motion Picture Advertisers (WAMPAS), honored thirteen (fourteen in 1932) young women each year whom they believed to be on the threshold of movie stardom. Clara had appeared in about 40 films by the time she made “WINGS” and “IT” in 1927. Both films were financial and critical successes, and Clara was praised as “a joy to behold”. However, she would forever be identified as the “It Girl”. 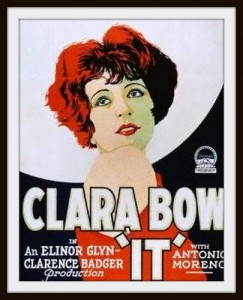 What is “it”? In his 1904 short story “Mrs. Bathurst”, Rudyard Kipling introduced the concept:

“It isn’t beauty, so to speak, nor good talk necessarily. It’s just “It”. Some women will stay in a man’s memory if they once walk down the street.”

In February 1927, Cosmopolitan magazine published a two-part serial story in which Elinor Glyn described “It” as:

“That quality possessed by some which draws all others with its magnetic force. With “it” you win all men if you are a woman and all women if you are a man. “it” can be a quality of the mind as well as a physical attraction.” 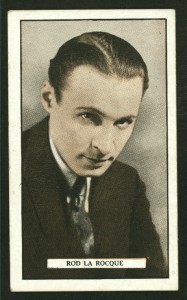 There was no question that Clara Bow possessed “It” in spades. The public adored her, and with good reason. Bow had sex appeal infused with enough sweetness and innocence to make her approachable, not saccharin.

Clara was making truckloads of money, and her contemporaries were doing just as well. But many of them were like kids in a candy store, they had no clue about what do with their money except to spend it. Fellow star, Rod La Rocque, became incorporated and his fortune was under the management of a board of directors.

Until about 1928, Clara’s money had been managed by Bogart Rogers. In 1930 her money and her personal affairs were in the hands of her secretary, Daisy De Voe.

On November 10, 1930 local newspapers reported on a story that was eventually going to shine a light on both Clara’s money and Daisy’s management skills. Clara and Daisy had parted ways, and it wasn’t an amicable split.

Both Clara and Daisy denied the stories of the break in their professional relationship. De Voe said:

“As far as I know I am still her secretary. Miss Bow has not served notice on me. I guess I’ll have to find out all about it.”

A few days later the story got even more interesting when it was revealed that Daisy  had indeed been fired by Clara, and then she had helped herself to some of her former employer’s valuables including: diamond jewelry, a sapphire ring, and all of Bow’s insurance papers. In addition, Daisy had also taken a $20,000 cashier’s check, and a mass of personal papers, including canceled checks, paid and unpaid bills, and personal correspondence.

Despite the fact that De Voe had taken thousands of dollars worth of Clara’s belongings, the cheeky amanuensis was gearing up to file a suit against Bow for several thousand dollars that she alleged she was owed for back pay and expenses.

De Voe and Bow had disagreed on what to do with the cashier’s check; but why did De Voe take jewelry and papers belonging to her employer?

“Clara was going to use this in a business deal I had advised her against going into so that is the reason I kept it from her. She knows as well as everybody else that I could never have cashed it. I intended giving it back the same as everything I had that belonged to her. They (the D.A. and cops) treated me terribly and I think it absolutely unjust the way the treated me and kept me at the hotel. I believe, as does my attorney, we have justifiable cause of action against them.” 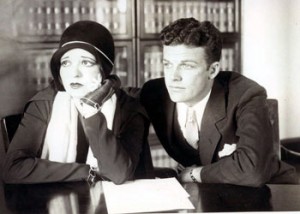 De Voe intimated that Clara’s latest boyfriend (actor Rex Bell) was responsible for her firing.  It is possible that Bell instigated the firing, but once Clara had discovered her belongings were missing she had no other choice.

Daisy’s attorney, Nathan O. Freedman, announced that he was going to file a civil suit on her behalf against Buron Fitts (he D.A.) and Blayney Matthews (a chief investigator for the D.A.’s office).  According to De Voe the two had held her incommunicado for several days while they cleaned out her safe deposit box. Fitts didn’t think De Voe had much of a case since the majority of the items found in the safe deposit box had belonged to Clara Bow.

“This matter came into this office in the nature of a formal request for a criminal complaint against Miss Daisy De Voe for the embezzlement of money and property belonging to Miss Clara Bow. The matter was regularly referred to Mr. Blayney Matthews, chief of the bureau of investigation. After several days of investigation, Mr. Matthews reported back that Miss De Voe had made a thirty page confession of the theft of some $35,000 of Miss Bow’s money, a great deal of which was found in her possession.”

“It is the policy of this office that before issuing a complaint against a private citizen to first thoroughly investigate the case in order to prevent a mistake or miscarriage of justice. This investigation was completed today, and this office has no other alternative under the law but to place the matter before the county grand jury.”

Daisy was quick to deny having made a confession, and she boasted that she had nothing to fear from the grand jury; but she had spoken too soon.