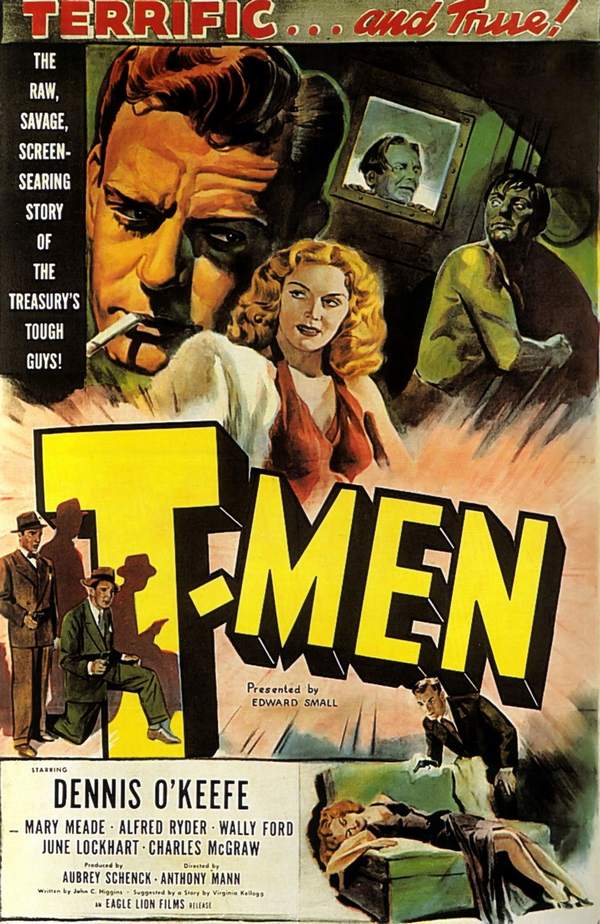 In Los Angeles, an informant who has promised to turn over a sample of the paper being used by a counterfeiting ring to a U.S. Treasury agent is killed. Later, in Washington, Treasury Department chief Carson assigns Dennis O’Brien and Anthony Genaro to infiltrate the gang through connections in Detroit. O’Brien and Genaro assume the names Vannie Harrigan and Tony Galvani, respectively, and create personal background histories to support their new identities. After the Detroit police cooperate by identifying them as robbery suspects, the agents contact with local crime boss Carlo Vantucci, who runs a produce market as a front. Vantucci checks them out and hires them to work in his counterfeit liquor stamps racket, where they soon discover the name of the mob’s Los Angeles connection, The Schemer.