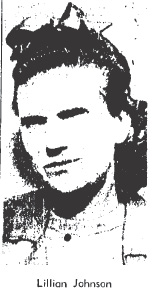 The murdered and badly mutilated bodies of two women were found at separate downtown Los Angeles hotels on November 15, 1944.

The first victim to be found was twenty-five year old Mrs. Virgie Lee Griffin of 1934 W. 70th Street. Virgie’s body had been stuffed in a clothes closet in the Barclay Hotel at 103 W. Fourth Street. Near her remains lay a large butcher knife and a razor. A preliminary examination suggested that Mrs. Griffin had been murdered about 8 a.m. The detectives who caught the case were Det. Lts. Harry Hansen (in 1947 he would be one of the lead detectives on the Black Dahlia case), R.F. McGarry, and Stewart Jones. Some of the cops had to be re-deployed when another woman was found dead and mutilated at a hotel just blocks away.

Even seasoned veterans of L.A.P.D’s homicide division were sickened by the condition of the bodies. Both women had been hacked to pieces — Lillian’s breasts and vagina had been dissected.

While detectives were reviewing evidence and interviewing hotel employees, an APB went out with a description of the suspect. Patrolman H.E. Donlan had been handed a police bulletin containing information about the wanted man and he recalled seeing a guy who fit the description while he was walking his beat at Third and Hill Streets. He decided to check out the bars.

Patrolman Donlan walked over to a bar at 326 S. Hill Street, just a few doors from where Lillian Johnson’s body lay. He noticed that one of the patrons, who fit the suspect’s description, was sitting with a glass of wine and he was chatting up a woman — maybe his next victim. In the man’s hand was a book of matches from the Barclay Hotel. That was enough for Donlan, he walked over to the man who looked up at him and said: “What do you want?” The patrolman replied: “This.” and snapped a pair of handcuffs on the man’s wrists. His name was Otto Stephen Wilson. 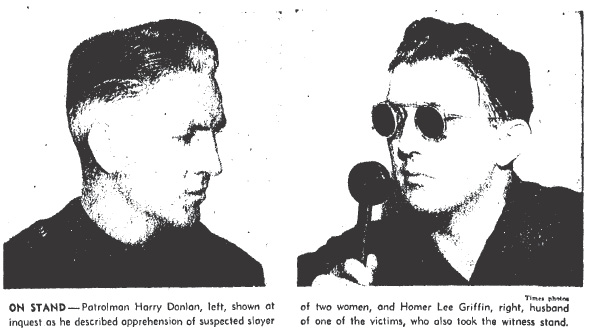 As a city employee Patrolman Harry Donlan wasn’t eligible for a reward for the capture of Otto Stephen Wilson, but Police Commissioner Al Cohn wrote him a check for a $100 War Savings Bond saying:

“I’ll give you another $100 bond if you repeat the job when the next murder comes along.” 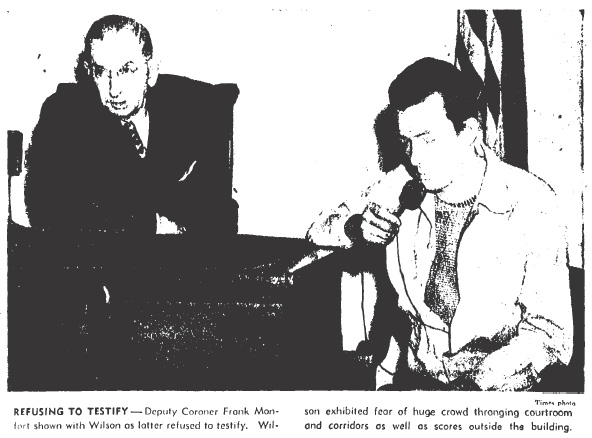 At homicide headquarters detectives said that when he was arrested Wilson’s hands were found to be stained with blood and he had a razor in his pocket.

Once they had him in custody detectives began to interview Wilson. He told them he had been born in Shelbyville, Indiana and graduated from high school in 1930. Immediately following high school Wilson had joined the Navy, serving until 1941 when he was given a medical discharge for sexual psychosis. 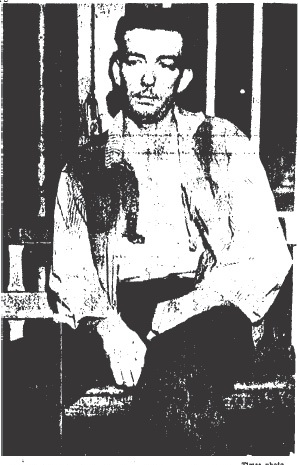 According to Wilson’s statement his wife had gone to naval authorities and told them about a few of the homosexual encounters she knew he’d had. She also told them how her husband had once waited for her to get out of the shower, sliced her buttocks with a razor and then began to lick at the drops of blood. These are the “unnatural impulses” to which I referred yesterday.

The U.S. Navy agreed with Mrs. Wilson, Otto’s impulses were definitely unnatural and they discharged him as quickly as they could.

Since his discharge Wilson had been working menial kitchen jobs in and around Los Angles all the while, according to him, trying to suppress his urge to kill or destroy women. Because he had syphilis the cops at first thought his urge to kill was revenge on all women for his having contracted VD, but he said that he knew that he’d caught the disease three years earlier, after his impulse to kill had started to invade his thoughts.

Finally Wilson began to tell cops the details about his day of slaughter.

He said that he met Mrs. Griffin in a Main Street bar and took her to the Barclay Hotel where they registered as Mr. and Mrs. O.S. Wilson — not a very clever alias. Once in their room the pair continued to drink. Later Wilson would claim that he became enraged when Virgie asked for $20, but the truth was that he’d brought the butcher knife and razor with him to the room, he had intended to commit murder.

He started by choking her, then he stabbed her several times. For over an hour he sat naked on the bed with Virgie’s body and attempted to remove her arms and legs with a razor. When he found it too difficult to carry out his planned dissections he left the room and went to a movie.

What film do you see after committing murder? Wilson walked over to the Million Dollar Theater at Broadway and Third where he saw The Walking Dead; also on the bill was Return of the Ape Man, but he couldn’t stay for a double feature, he had another urge to kill. 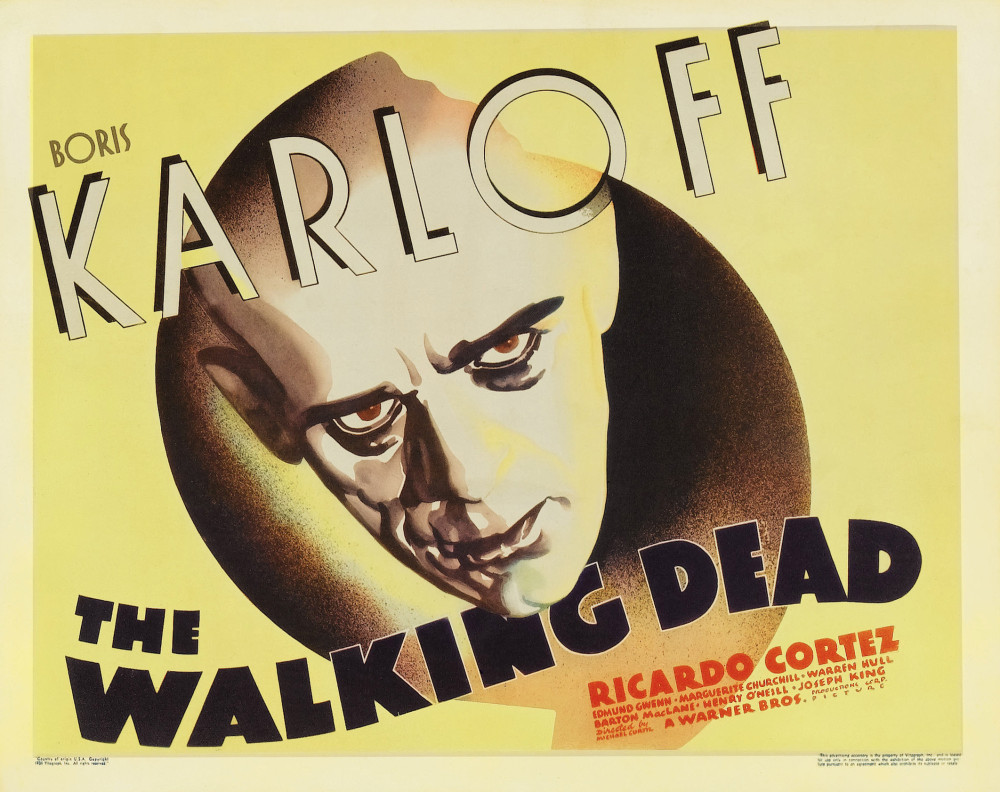 Wilson’s second and final victim was Mrs. Lillian Johnson. Johnson was choked and stabbed just as Griffin had been, but this time Wilson bit off the dead woman’s nipple. He couldn’t recall if he swallowed it. Wilson’s reason for murdering Lillian was simple, he said he did it for “pure cussedness”.

Dr. J. Paul De River, Criminal Psychiatrist for L.A.P.D, interviewed Wilson right after the detectives had finished with him. In his book “The Sexual Criminal – A Psychoanalytical Study”, De River includes Wilson’s interview and a review of his case in the chapter on “Sadistic Homicide-Lust Murder” identifying Wilson as Case Study 116, K.

De River described Wilson in his report to the police:

“He was a necrophiliac and cannibalistic, all of which when summed up are the manifestations of the sado-masochistic complex.”

Before you rush out to buy a copy of of De River’s book be forewarned, the book was universally denounced, investigated by the Police Department, and I believe it was illegal to send it through the mail at one point.

Cops investigated Wilson for other unsolved homicides of women in L.A., one of which was the murder of Georgette Bauerdorf, and they would have loved to pin more killings on him but it wasn’t to be. He couldn’t be connected to any murders other than the two he committed on November 15, 1944.

Otto Stephen Wilson was found guilty of both slayings and sentenced to death. On September 20, 1946 he was executed in California’s gas chamber. 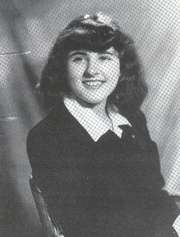 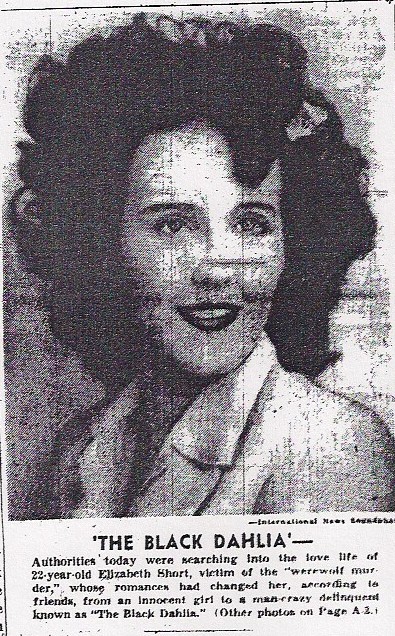