Returning a lost wallet gains unemployed veteran Chuck Scott a job as chauffeur to Eddie Roman, a seeming gangster whose enemies have a way of meeting violent ends. The job proves nerve-wracking, and soon Chuck finds himself pledged to help Eddie’s lovely, fearful, prisoner-wife Lorna to escape. The result leaves Chuck caught like a rat in a trap, vainly seeking a way out through dark streets. But the real chase begins when the strange plot virtually starts all over again… 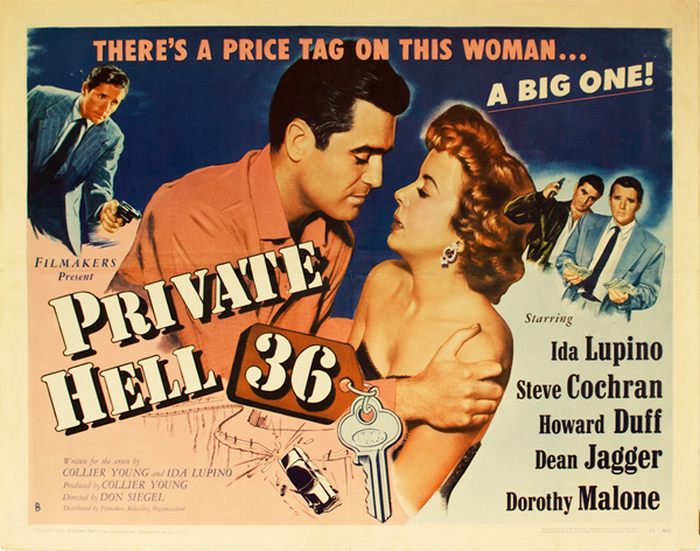 Welcome! The lobby of the Deranged L.A. Crimes theater is open. Grab a bucket of popcorn, some Milk Duds and a Coke and find a seat. Today’s feature is PRIVATE HELL 36 starring Ida Lupino, Steve Cochran, Howard Duff, Dean Jagger and Dorothy Malone.

Two LA detectives get in over their heads when they get involved with a nightclub singer who holds the key to the missing loot from a New York elevator robbery. Once they find the money, they are tempted to keep it and betrayal and corruption come to run the order of things. 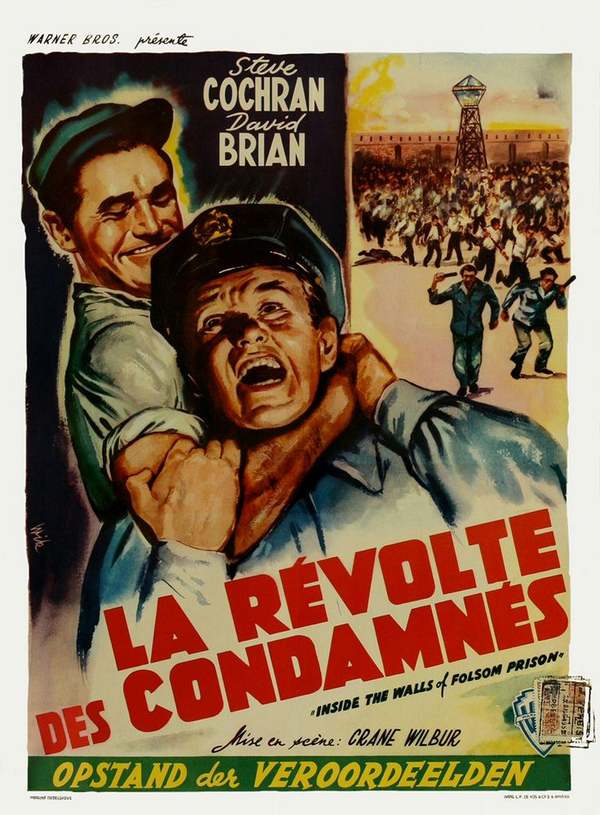