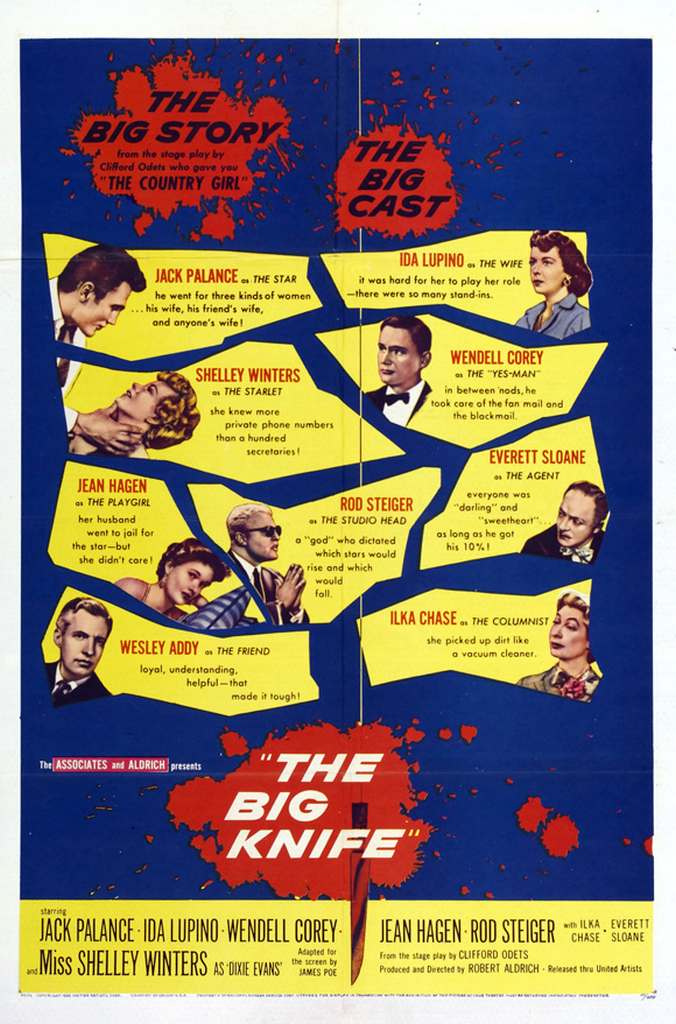 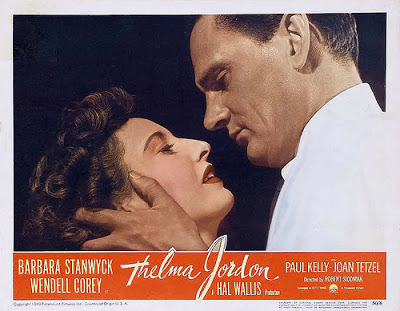 Welcome!  The lobby of the Deranged L.A. Crimes theater is open! Grab a bucket of popcorn, some Milk Duds and a Coke and find a seat. Tonight’s feature is THE FILE ON THELMA JORDON, directed by Robert Siodmak and starring Barbara Stanwyck, Wendell Corey, and Paul Kelly (who, in real life, served time in prison).

Assistant district attorney Cleve Marshall goes on a drunken binge and misses celebrating his anniversary with his wife Pamela. Left alone in chief investigator Miles Scott’s office, Cleve drunkenly pursues Thelma Jordon, an alluring and confident woman, who is reporting an attempted burglary at her elderly aunt Vera’s house. Thelma agrees to join Cleve for a drink after he offers to fix a parking ticket for her. He stays with her until late that night, when she throws him out of her car for proclaiming his love.

It’s a complicated tale of theft and murder!