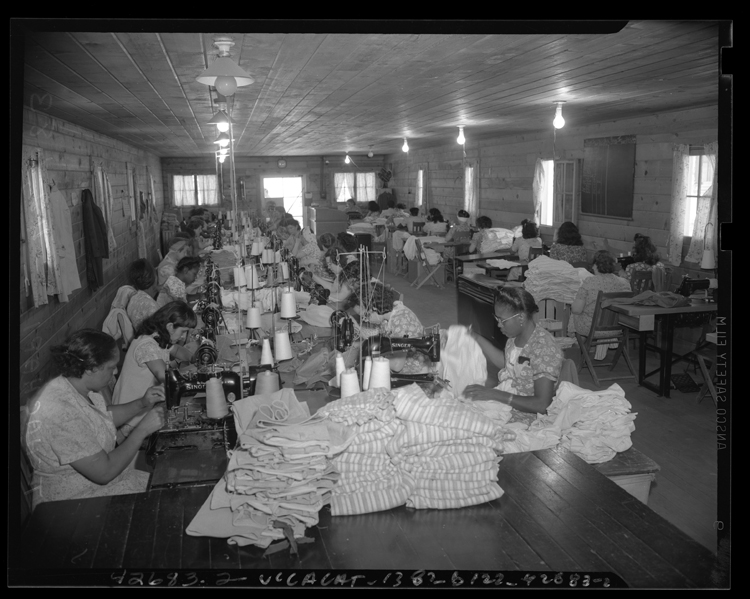 In the spring of 1935, Aggie Underwood wrote a three part series of articles for the Herald-Express on the women incarcerated in Tehacahpi.  People have always been fascinated by the exploits of bad girls. 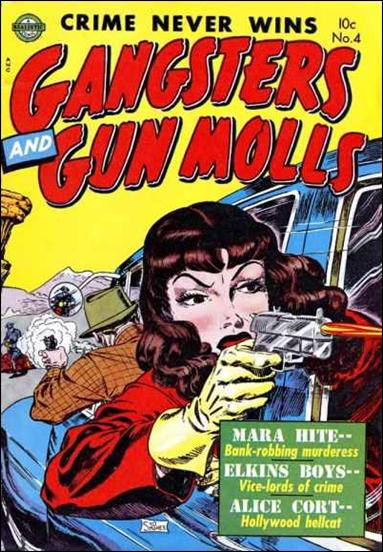 There’s been a rise in the number of women committing violent felonies in recent years, but for many decades women committing such crimes were an anomaly. Alienists (psychiatrists) and penologists offered various theories to explain why a woman might be driven to commit a violent crime.

In 1924, Sigmund Freud suggested that menstruation reminded women of their inferiority and inflamed them toward revenge.

His theory is absurd and offensive, but variations of it are still accepted today.  An ambitious woman may be characterized as unfeminine or vicious. A man exhibiting identical traits may be praised for his business acumen and strength. Make no mistake, even in the 21st Century women are still competing on an uneven playing field. 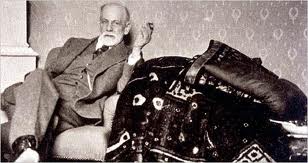 Whether a woman killed because she was in a homicidal PMS rage or not, there was an ongoing debate on the punishment of women. It is true that historically women have gotten away with murder. It is also true that society is relcutant to apply the death penalty to women.

In his 1931 criminology course, Dr. Paul E. Bowers seemed saddened by the fact that so few deserving women were executed. He said:

“We hate to send a woman to the penitentiary; we hate to electrocute or hang women.  We think its the wrong thing to do.  We have to admire Al Smith, when Ruth Snyder was convicted of killing the husband of this other woman. Al Smith didn’t given her a reprieve and allowed her to go to her electrocution, as she should have gone. Many women have been convicted of murder, but it is only very rarely that women are hung or electrocuted for committing murder.”

Dr. Bowers confused the facts of the case. Ruth Snyder and her lover, Judd Gray, were convicted and executed for the murder of her husband; but Bowers was not at all confused about his opinion regarding female murderers. He declared that they should be executed.

Aggie was intrigued by the stories of female convicts. Perhaps because her own upbringing was a tough as many of the women behind bars. She didn’t romantize their plights, nor did she condone their actions, but she empathized.

Below is the first part of Aggie Underwood’s series on the lives of the forgotten women of Tehachapi just as it appeared in newspapers in 1935. 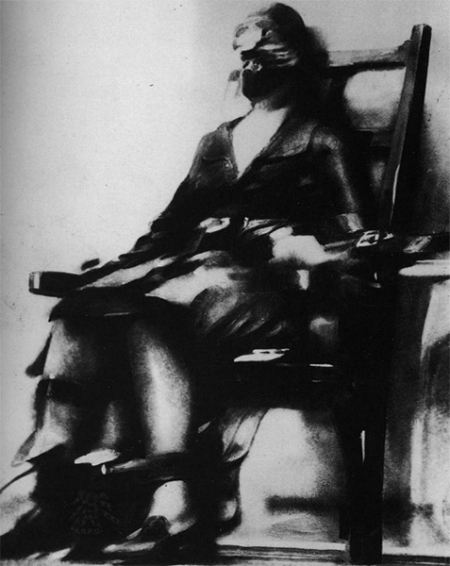 Ruth Snyder in the chair. A Chicago reporter snuck a camera into the death chamber strapped to his ankle and got the incredible photo.  As an aside, the Ruth Snyder/Judd Gray case inspired James M. Cain to write his powerful noir novel, DOUBLE INDEMNITY, which became the 1944 film.

Nestled in a range of snow covered mountains, eight and one-half miles from the nearest town, is California’s home for forgotten women.

Here are Clara Phillips, the celebrated “Hammer Murderer”; Louise Peete, Nellie Madison, Josephine Valenti, Anna De Ritas, Burmah White and 140 others who ignored man-made laws and are spending long, long years in a miniature city of their own.

Ruler of this city surrounded by a high wire fence is Miss Josephine Jackson, deputy warden, who works directly under orders from the head of the state prison at San Quentin, Warden James B. Holohan. 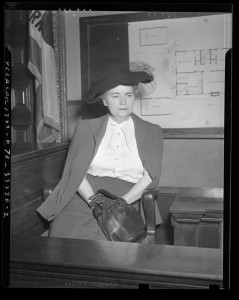 Miss Jackson moved the first group of girls from San Quentin into Tehachapi in August, 1933, and by November of the same year all of the inmates of the state prison had been transferred.

Life runs smoothly, and quietly, as the days go by with the only break in a monotonous existence being an occasional visit by some unexpected outsider.

The buildings which comprise the prison group, are in an administration building, detention building and two cottages.

All work in the prison is volunteer–none compulsory, and each inmate is given an opportunity to do the work she likes best.

Many of them prefer garden work, many laundry, many cooking and table serving, many secretarial and some even beauty work.

There is no official chief at the state institution and the inmates have proven themselves splendid cooks even to the extent of making all of the bread that is used by the inmates.”

Work on the various necessary duties is started immediately after breakfast and groups may be seen leaving the various buildings in which they are house for the rabbitry, the chicken yard, the barn yard where there are several cow to be milked.

And, as groups gather around electric washing machines, or in the yard planting trees, or in the chicken yard tending the fowls, loud shouts of laughter may be heard ringing through the echoing mountainous section.

No supervisor stands over these 145 women to drive them to their tasks. No one waits around to scold or correct them. They are on an honor system to do their best work in their best manner, and according to Miss Jackson this system succeeds remarkably.

Each building has a nicely furnished recreation room where the girls gather when their daily tasks are completed to play cards, checkers, sew or play the piano. But, because the architects failed to provide for an auditorium, there are no picture shows because there is no room large enough to seat all the inmates.

Just as Sing Sing, and Eastern prison, has an outstanding men’s football team, so does Tehachapi have its baseball team.

In fact, two teams have been organized. Joephine Valenti, who gained prominence in Los Angeles when she was convicted of burning her small baby to death, is captain of one team and Pauline Walker, a colored girl, is captain of the second team.

They play every Sunday with all of the inmates gathering on the sidelines to do the rooting.

At present the field isn’t much good, but the girls are gradually doing their own work and making a real diamond.

They have made their own uniforms–white bloues and black bloomers with red stripes down the sides, and, according to Miss Jackson, they welcome the opportunity to don these costumes and break the monotony of every day life.

Each goes on in the same fashion, light tasks, few laughs–a drab life, for the 145 women who must pay for their transgressions of the law. yet Tehachapi represents notable changes in the American penal system and is being studied as a model.”

NEXT TIME: Agness Underwood’s series on the “city of forgotten women” continues.